BLACKPINK Jisoo’s Gains Attention For Her Interactions With BLINKs In Paris, And It Showcases Her True Personality : Entertainment Daily 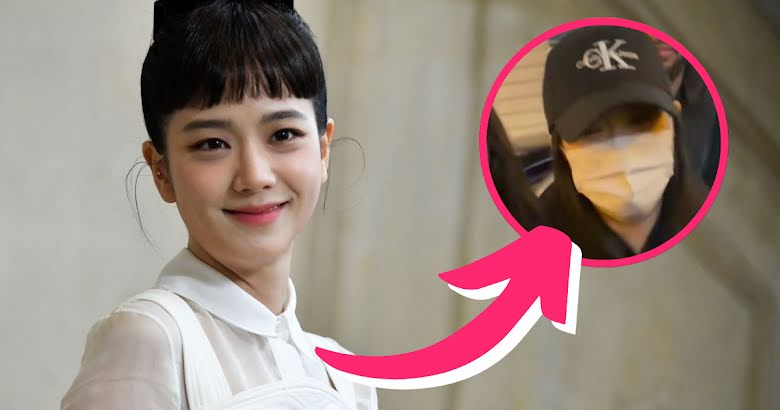 It was late, dark, and cold at the time!

BLACKPINK‘s Jisoo has been the talk of the internet after arriving in Paris for DIOR events but also schedules with the rest of the members. Aside from her beauty, the idol gained attention for showcasing her true personality when interacting with fans.

On January 23, Jisoo attended the DIOR Haute Couture show in Paris. Of course, the idol looked beautiful as she channeled her inner Audrey Hepburn with a classic and elegant white dress.

Throughout the event, the idol showcased her influence within the company as she was truly treated like royalty by the brand.

Although Jisoo is one of the biggest idols in the world, she is also one of the most humblest and always ensures that she interacts with fans in any way possible.

During the event, Jisoo ensured that if anyone shouted her name or tried to greet her, she found a way to acknowledge and respond to them, including an adorable wave as she was walking.

If that wasn’t enough, even after the show had ended and Jisoo had been enjoying some free time, the idol ensured that she greeted fans whenever possible.

After the show, fans revealed that despite the long day, Jisoo made sure to stop and speak to fans.

What made it even more heartwarming was that the weather was cold, as the idol was heard saying, “It’s so cold here,” but she continued to sign albums and speak to the fans who had waited for her.

One of the fans even shared pictures that Jisoo had signed, including a copy of the group’s album Born Pink and a copy of Marie Claire.

Even while she was busy signing multiple albums, Jisoo was always attentive to all the fans. When a fan got the idol’s attention by saying she was going to their Paris show, she made sure to showcase her excitement at hearing the news.

If that wasn’t enough, during a recent schedule with the rest of the BLACKPINK members, Jisoo made sure that all the fans waiting in the cold were noticed. As they walked towards the car and were greeted by BLINKs, Jisoo made sure to respond to the fans and wave at them as she was walking.

Although BLACKPINK is one of the biggest groups in the world, Jisoo proves that they will never miss a chance to greet fans and thank them for their support.

You can read more about Jisoo’s time in Paris below.