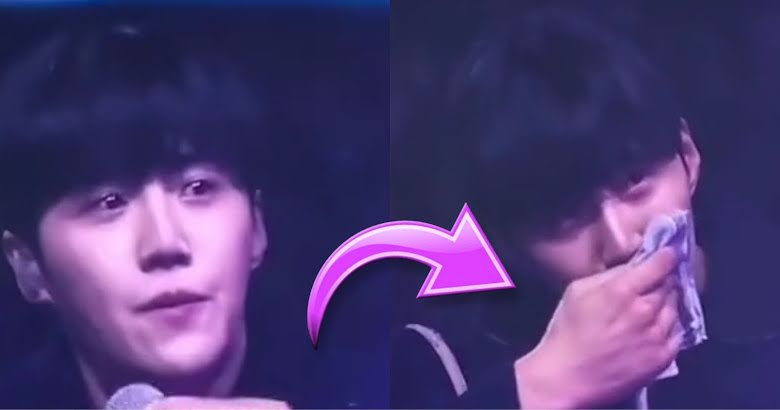 Fans’ tribute moved him to tears.

Actor Kim Seon Ho broke down in tears at a recent fanmeeting.

Previously, he held his first-ever fanmeeting at Sejong University‘s Daeyang Hall in Seoul in December. Kim Seon Ho became an instant favorite actor with his roles in K-Dramas Start-Up and Hometown Cha-Cha-Cha. After a brief hiatus, the actor returned to acting by filming his upcoming film Sad Tropics and the play Touching the Void.

He held his first fanmeeting in the Philippines on January 22, 2023. It was an overwhelming event for the actor and fans as the arena was packed with 10,000 people who excitedly shouted his name.

Every day, every moment
Actor Kim Seonho, we will always prefer you 💙#KIMSEONHOinMNL2023 pic.twitter.com/DiY9pXHlBp

He tried so hard not to cry but he’s obviously teary eyed 😭#KIMSEONHOinMNL2023 pic.twitter.com/JCKCSV0Gtb

Kim Seon Ho began the fanmeeting by performing a cover of “Every Day, Every Moment” by Korean artist Paul Kim.

I was very shocked tonight. I almost collapsed while singing. I spent my three weeks preparing for my trip to Manila together with my Salt [Entertainment] management and I was very excited preparing for today’s event.

While singing during the fanmeeting, Kim Seon Ho was shocked by a fan tribute video. He stopped to watch it and immediately teared up.

Reading fans’ encouraging words, such as “Through every high and every low, we will always be here for you,” he couldn’t help but break down in tears. The past year hadn’t been easy, but seeing the unconditional support from fans was surely encouraging.

Check out more moments from Seon Ho’s Manila fanmeeting below.

Watch the fan tribute video below.

What’s Happening Around The World