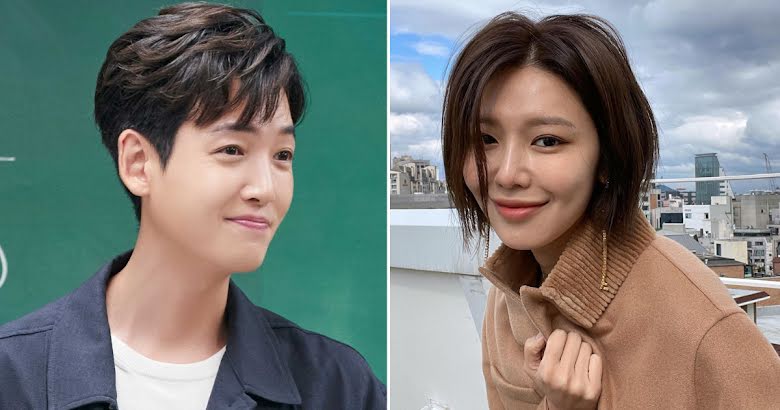 One of the hottest celebrity couples in the Korean entertainment industry has to be actor Jung Kyung Ho and Girls’ Generation‘s Sooyoung.

Since they first announced they were dating, the couple has always gained attention for their relationship. Although they aren’t always the most public with their affection, it is enough to melt even the coldest of hearts.

Recently, Jung Kyung Ho has been gaining attention for his role as the “Star Teacher” Choi Chi Yeol in the K-Drama Crash Course In Romance. In the series, Kyung Ho plays a celebrity maths instructor who is highly recommended and in demand by students and parents.

During the series, Kyung Ho shows off his charismatic and comedic side while acting alongside some of the biggest and most known actresses. Aside from the younger stars, Kyung Ho leads a star-studded cast in the rising show.

What does that have to do with Sooyoung?

In one of the episodes, Kyung Ho’s character was seen looking through online posts about himself. One of the posts caught his attention as it was captioned, “Choi Chi Yeol is like a dog,” as the post compares the character with a cute puppy.

Eagle-eyed netizens noticed that there was something special about the dog in the photo because it was none other than the dog belonging to both Kyung Ho and Sooyoung.

In photos shared by the two stars with the dog, it’s impossible not to notice the small detail in the K-Drama. Sooyoung and Kyung Ho have always loved sharing pictures of themselves with the dog.

Whether it was done intentionally by the producers or chosen by Kyung Ho, it definitely made fans of the couple extremely soft. Kyung Ho and Sooyoung don’t always showcase their affection in the most public way, but when fans see crumbs, it’s enough to send the internet into excitement.

You can read more about their relationship before.