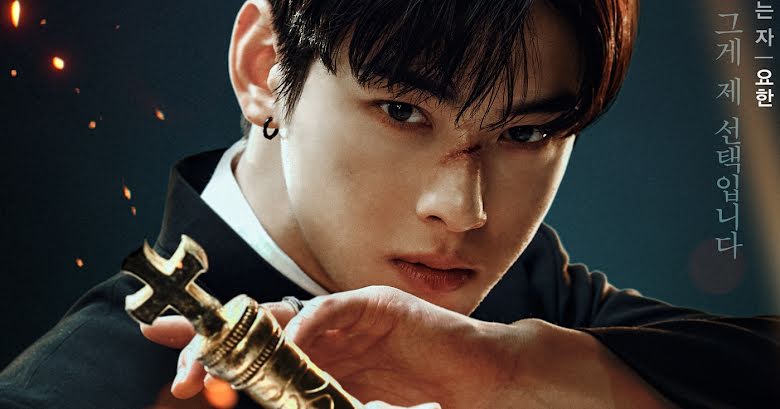 Upcoming K-Drama Island, which is set to air on December 30, has already been building up hype for its intriguing premise and promising cast.

Starring Kim Nam Gil, Lee Da Hee, Cha Eunwoo, and Sung Joon as the main cast, the series premise is stated simply as, “Set on Jeju Island, three people fight against evil that is trying to destroy the world.”

While the drama itself is earning people’s interest, the casting of Eunwoo as a Catholic priest that performs exorcisms to “protect life and purify evil” has drawn a particularly high amount of attention due to how well he fits the role.

Fans are astounded by how good he looks in the priest’s robe, and based on what we’ve seen of the show so far, it’s easy to see why.

His visuals in Island have even become the topic of discussion for a post on an online forum, titled “Cha Eunwoo looks freaking amazing in a priest robe”.

On the post, several photos and gifs of the actor from the K-Drama are shared to further prove the author’s point.

And they’re definitely not alone in their opinion, as many people have commented similar sentiments on the post!

This will definitely be a series that you won’t want to miss!

Source: The Qoo and Pann Choa