“Let’s Talk About 2025” — BTS’s RM And Suga Open Up About What They Expect After Completing Their Military Service : Entertainment Daily 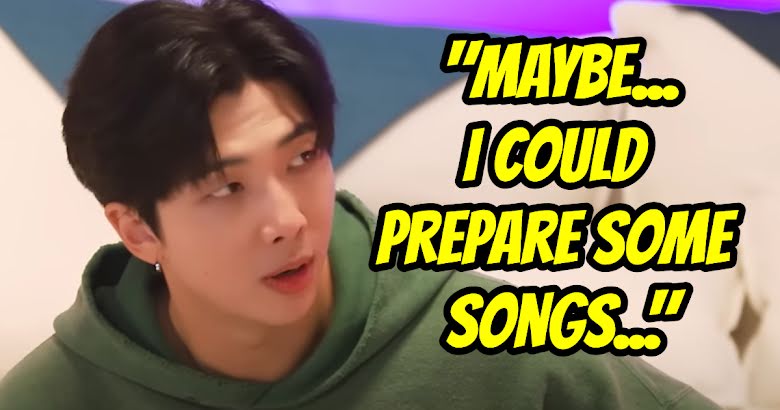 “I think we’re going to try and keep that promise.”

On October 17, BIGHIT MUSIC announced that BTS would complete their mandatory military service, starting with Jin, who will enlist on December 13.

In the same announcement, BIGHIT MUSIC shared that the members would be “reconvening as a group again around 2025 following their service commitment.” Although ARMY are incredibly eager for 2025 to arrive, they are planning to wisely use the time between BTS’s enlistments and 2025.

And it seems like BTS are just as excited for 2025 as RM and Suga revealed in the first episode of Suga’s new show, Suchwita. When thinking ahead to 2025, RM admits that he didn’t know what would happen, aside from his hair growing back.

RM: Wow, that’s in a long time. In 2025 I will have completed my military service and will have started to grow my hair again.

Still, RM believes that he might be able to “prepare some songs” for BTS to perform when they all have completed their military service.

RM: I don’t know what’s going to happen in 2025, but if I come back to work early, I was thinking that maybe… I could prepare some songs before the other members came for BTS or for me.

Although RM can’t confirm anything since he’s “not there yet.”

Suga agrees that it’s challenging to talk confidently about what will happen in the future because thinking that far ahead can lead to worries that come with preparing to face the unknown.

Suga: I think this is why it’s hard for us to talk about what we’re going to do in 2025. We’re always like that. The moment we say, “There’s no way that’s going to happen,” we start worrying.

But when talking about their hopes for 2025, RM and Suga agree they want BTS to share the stage together again.

RM: No matter what happens, in 2025, if we all come back together and promote as a full group, that’d be great… really. I think that’s ideal.

Especially since April 29, 2025, marks ten years since the release of The Most Beautiful Moment in Life, Part 1, an integral part of BTS’s story.

RM: We talked about how 2025 would be the year most of our members complete their service, and it’s also the monumental year The Most Beautiful Moment in Life would turn ten years old, so then we’re probably going to be able to do something. I think we’re going to try and keep that promise.

Beyond looking forward to reuniting as idols, Suga explains that he thinks it would also “just be funny” to see everyone together again.

RM: It probably will, someone’s going to have really short hair, some will have long hair.

While the future is always uncertain, BTS and ARMY are looking forward to 2025 and everything it will hold.