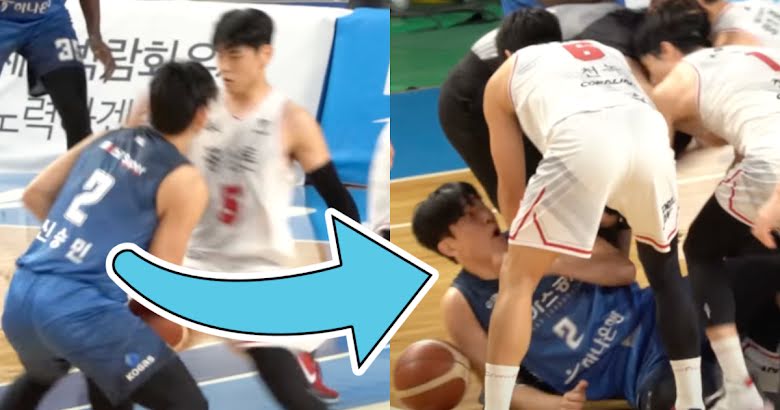 Punches have no place on the court.

During a December 3 game for the South Korean professional basketball teams, Daegu KOGAS Pegasus vs. Anyang KGC, things got a bit too heated on the court—and now, sports fans are debating whether the situation could have been handled better.

While vying for the ball, players Shin Seung Min (#2) and Byun Joon Hyung (#5) ended up on the ground, arms tangled. The fall was dangerous, with KOGAS’s Shin crushing KGC Byun’s arm. The referees hurried over, blowing the whistle to break the two apart. With that, the rough play seemed to come to an end…

The court cameras caught Bae attempting to throw punches at Shin, still on the ground. Shin, terrified by the 14-year senior Bae’s unwarranted threats, was seen putting his hands up to guard himself.

While the referees looked over the video to decide on faults, Shin approached both Byun and Bae apologetically. Byun was spotted massaging his arm, but he was not hurt. Soon, the referees penalized Bae with a technical foul and the match resumed—ending in KOGAS’s victory.

Following the game, however, Korean basketball fans grew outraged at the “lack of sportsmanship” from Bae.

Previous Post
Ha Ji Won Makes A Shocking Declaration After Inviting Kwon Sang Woo Out To Dinner In “Curtain Call” : Entertainment Daily
Next Post
BIGHIT MUSIC Releases 10+ Photos Of BTS’s Jin From Throughout The Past Year To Celebrate His 30th Birthday : Entertainment Daily