Stray Kids’ Hyunjin Is The Inspiration For This Handsome Webtoon Character : Entertainment Daily 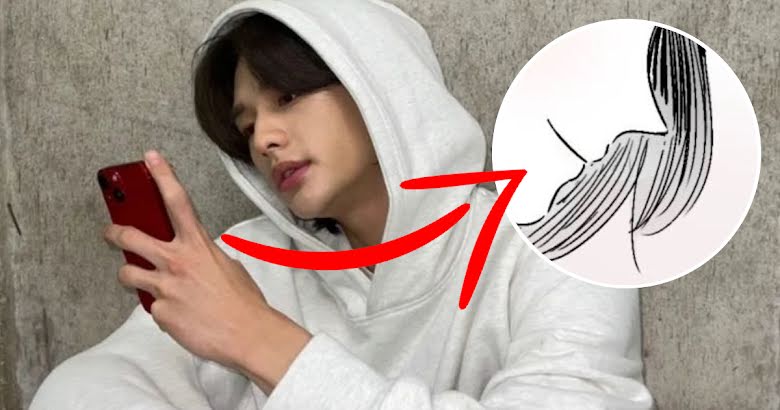 The Webtoon character has one of Hyunjin’s most iconic hairstyles.

All artists have to draw inspiration from somewhere, so it’s not surprising that many different Webtoons have used different K-Pop idols as inspirations for some of their characters.

Many other K-Pop idols have inspired popular Webtoon characters, like TXT‘s Yeonjun and GOT7‘s Jay B.

Question: Is there a model you based Gukhwa sunbae on? I’m all for his visuals. A huge fan of your work, by the way!

Answer: Visual-wise, I referenced Stray Kids’ Hyunjin. Haha. (I don’t know if I was supposed to share that?!)

Schoolmate Friend follows the first-love story of two classmates, Gyeoul and Yohan, who end up as deskmates.

When fans compared Hyunjin to Gukhwa, it was easy to see the author’s inspiration.

And given Hyunjin’s incredible visuals, it’s no surprise that an artist would use him as a reference.