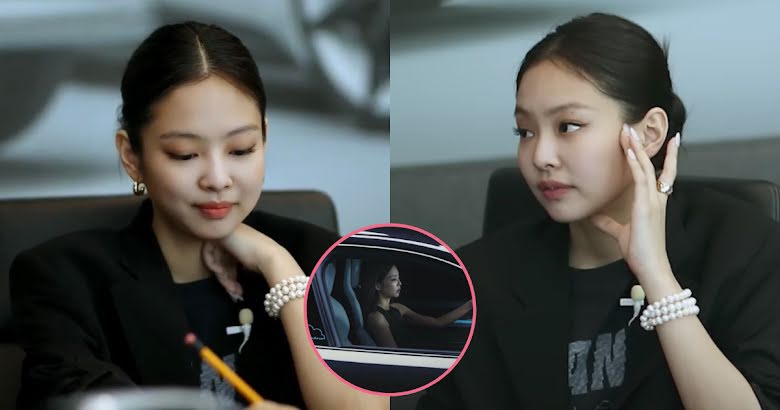 Jennie looks like a CEO straight out of a K-Drama!

Jennie surprised fans by showing up in person at the event and taking photos with her specially designed car.

While the Sonderwunsch program allows clients to customize and personalize their Porsche, Grant Larson, Porsche’s Director of Special Products, shared that Jennie played a huge role in the design process for the collaboration.

In a recently released video, Jennie can be seen giving off big CEO energy as she is actively involved with the planning of her custom car. Porsche revealed the event’s planning took place over 262 days with 3 different meetings to discuss. Porsche Korea CEO Holger Gerrmann even called Jennie a “very special Porsche fan!”

Throughout the video, Jennie can be seen in an office setting, wearing a blazer and looking absolutely powerful!

The moment when her custom car is revealed to Jennie is also included in the video, as well as a cute moment when she received her car keys!

Porsche’s Head of Individualisation and Classic, Alexander Fabig, had nothing but good words to say about Jennie during the process.

It was a great honor and pleasure for us to work together with Jennie on the first Korean Sonderwunsch project and with all her inspiration she brought into the project, it really became an outstanding experience for everyone involved.

Jennie continues to impress everyone she works alongside with her creativity and worldwide influence!

You can check out the full video below.