TWICE’s Mina And Dahyun Have Been Doing Special Routines Since Debut—And They Even Influenced Their Members : Entertainment Daily 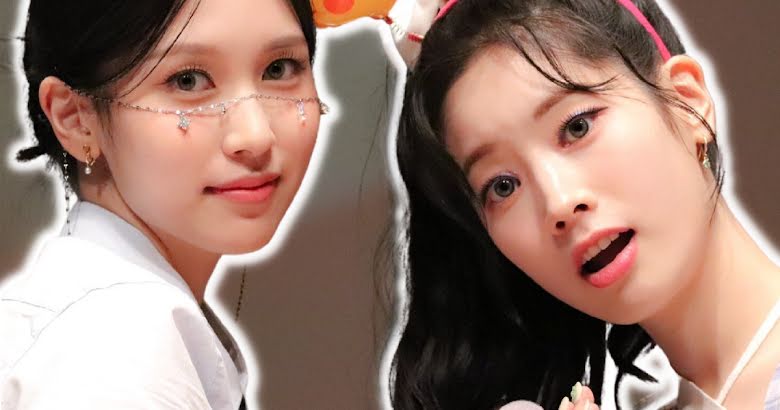 In celebration of their 7th anniversary, JYP Entertainment girl group TWICE recently visited their very own pop-up store and decorated cakes and cupcakes for fans.

And to top it all off, they heartwarmingly opened up about their feelings for their fellow members and ONCE in a video! The girls were filmed entering a room full of sticky notes that each contained a question. They picked several out, answering them honestly.

One such question was popular among the members as evidenced by how both Mina and Dahyun chose it. The paper read, “Do you have a special routine that you do until now since your debut?”

“Dubu” Dahyun was the first to answer. She revealed that her biggest must-have is perfume, which is why her routine consists of spraying a few drops on her body. Because the scent helps her relax, she is able to feel better on stage and perform at her best. It’s an instant pick-me-up!

I have to wear perfume. The scent makes me relax. My heart goes, ‘Phew.’ With that, I take this good feeling onto the stage.

On the other hand, TWICE’s “penguin” Mina shared a different kind of routine, one that is less common. In her case, she doesn’t use anything but her own hands. She explained that she finds comfort in patting herself on her arms and legs to stay alert and focused.

And it was so eye-catching, another member was instantly drawn to it—maknae Tzuyu!

According to Mina, Tzuyu found it so interesting that she copied it during their concert in Korea. She wondered why Mina does it every day and learned how to do it. Now that she’s tried it for herself, she’s a huge fan of the action too!

Tzuyu copied my routine during the concert tour in Korea. She said, ‘Why do you do this everyday?‘ Then she just copied me. So I taught her.

In the same interview, the members made fans teary-eyed when they talked about their close friendship. Find out what they said in the article below.