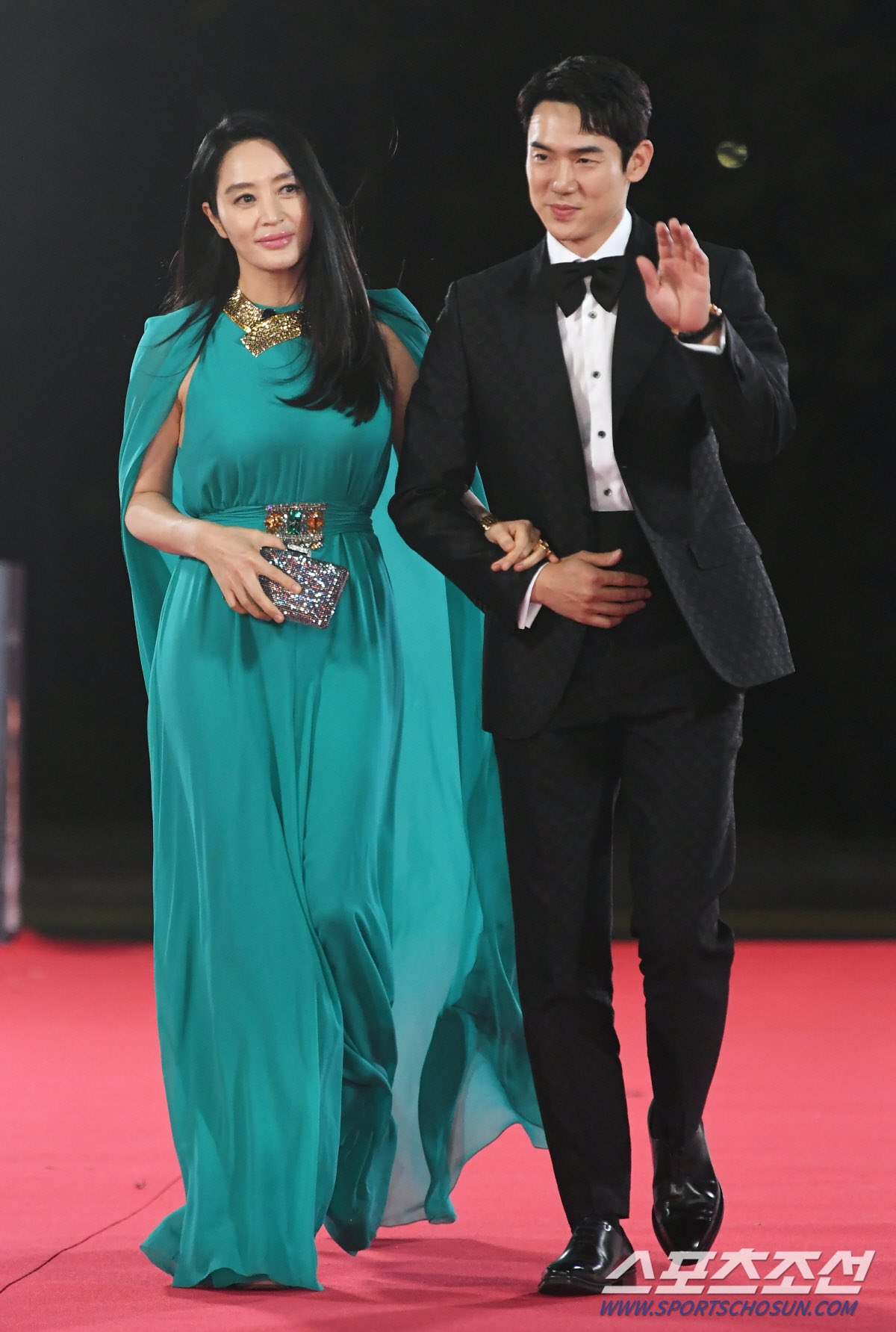 On November 25, some of the biggest stars in Korea’s film industry came together for the 43rd Blue Dragon Film Awards. As expected from such a star-studded event, those attending really made an impact on the red carpet.

Here are ten of the best-dressed stars who stole the show on the Blue Dragon Film Awards red carpet.

Over the years, actress Kim Hye Soo has captured the hearts of netizens but has shot to fame with her role in Under The Queen’s Umbrella.

With such fame and the fact she was hosting the show alongside Yoo Yeon Seok, it isn’t surprising that the actress’s visuals shined with a beautiful teal dress. Although the design was simplistic, mimicking Grecian tailoring, the jewels created a buzz and truly made Hye Soo stand out.

Amongst the stars attending, IU was one of the celebrities that netizens were most looking forward to seeing.

As expected, IU looked like a true vision and did not disappoint in a beautifully elegant white dress. Even without any accessories, the idol truly shined with her visuals, and the screams heard from the crowd showcase her influence. 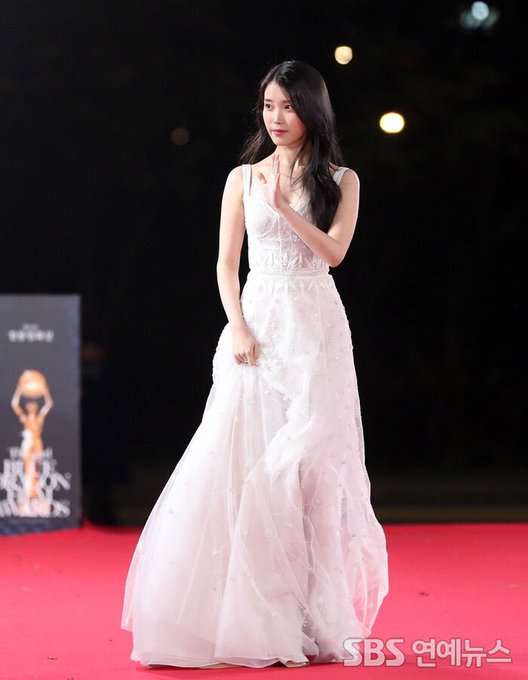 When actor Seo In Guk got out of the car, the screams from the crowds were undeniable.

Dressed in a velvet suit, Seo In Guk wasn’t afraid to throw some hearts to the crowd as he looked extremely handsome and dapper in his look. Even the simple bowtie just added another dimension to the outfit, making him stand out from the usual black suits. 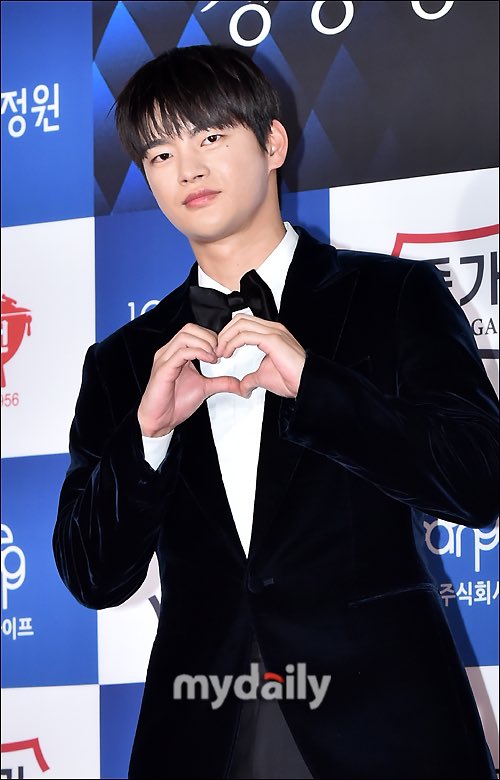 As soon as she got out of the car, actress Lee Yoo Mi stood out with her short hair and added a dazzling smile.

Her dark velvet blue dress was also a huge hit. In particular, the spaghetti straps that created a halterneck truly added to the dress’s elegance. It created an aura of sophistication without having to rely on glamor and accessories. 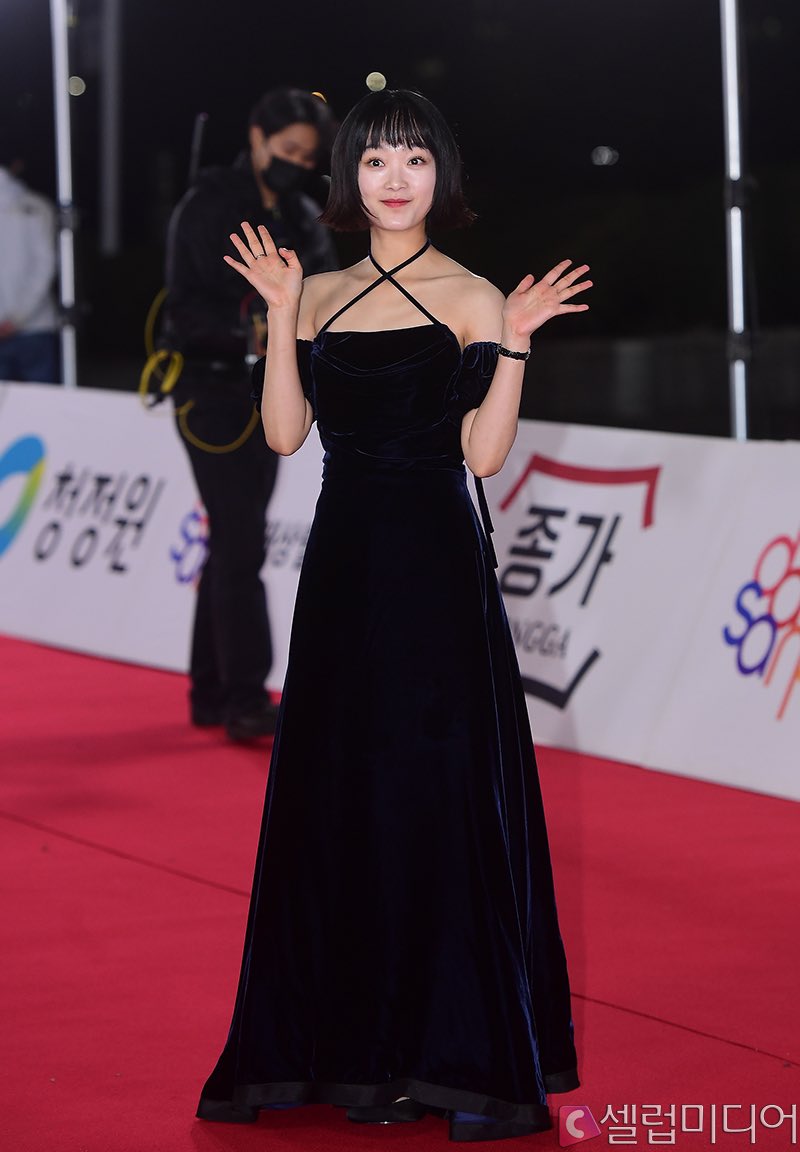 Actress Gong Seung Yeon was one of the first stars out on the red carpet and truly made her mark with a wonderfully sexy black dress.

With all the sparkles and detailing, it definitely combined sophistication, maturity, and glamor. With such a bold dress, the actress kept her accessories minimal and allowed her visuals to shine with the look. 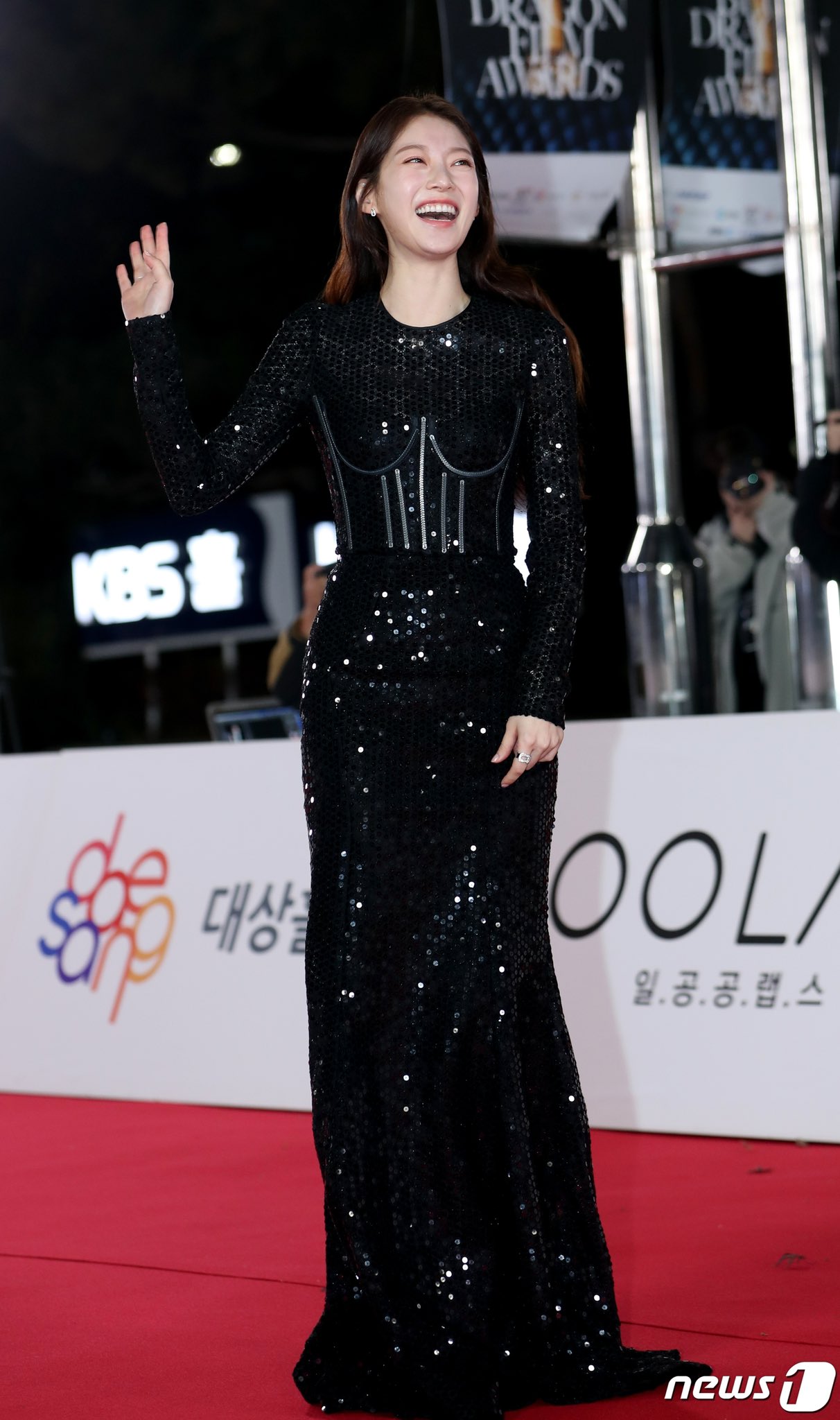 2PM’s Taecyeon is no stranger to red carpets and his recent look cemented why he is so legendary.

Although the idol was seemingly wearing a normal black suit, the tailoring was impeccable, fitting him in all the right places. With a classic bow tie and his killer smile, it wasn’t surprising that all the 2PM fans seemed on the red carpet. 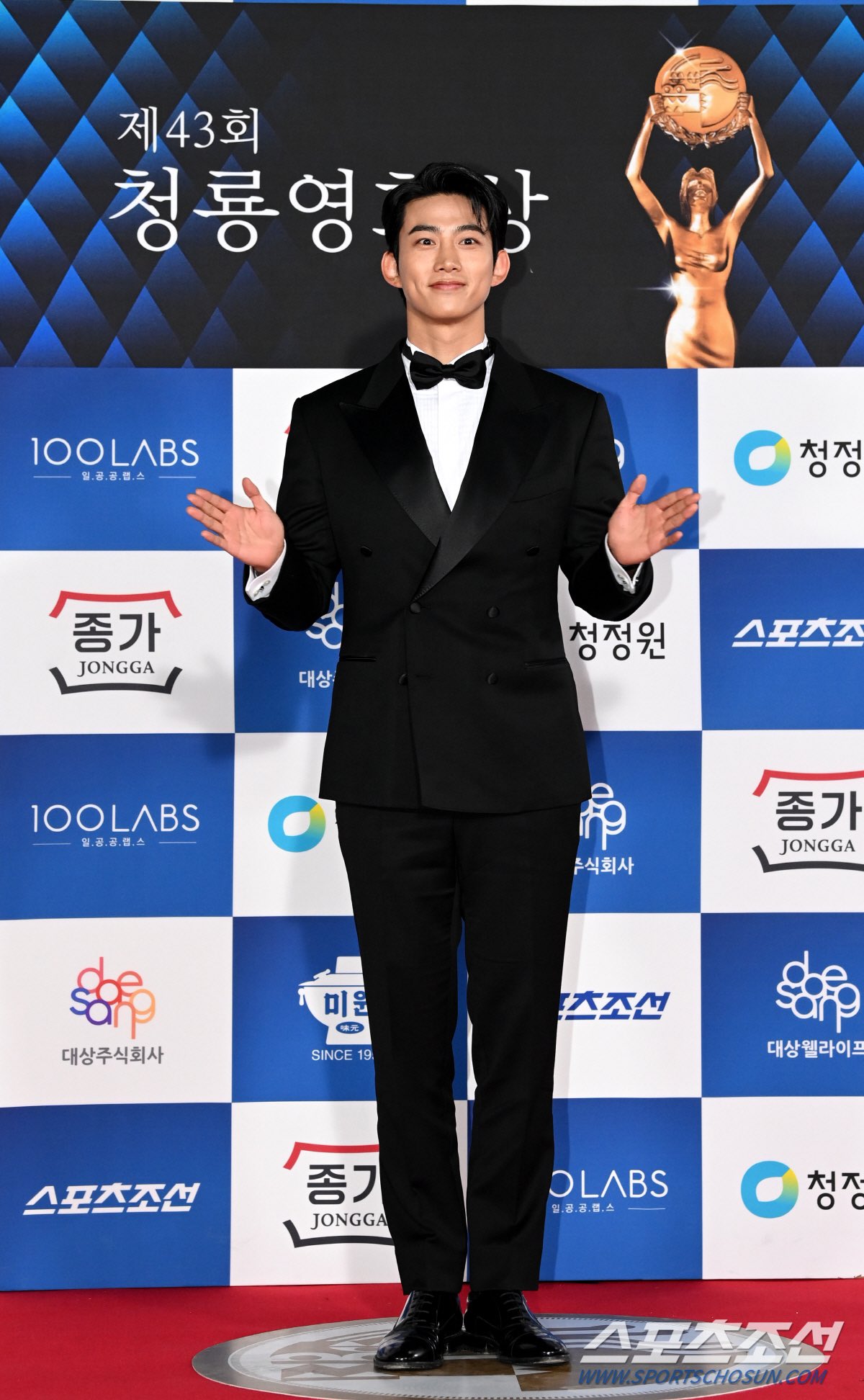 Considering the beauty of Girls’ Generation’s Yoona, only the most magnificent dress could draw any attention to her outfit.

Yet, the idol didn’t disappoint with a beautifully princess-like two-piece. With a top embroidered to look like a flower and ballgown skirt, Yoona glided across the red carpet like a true Queen, wowing everyone with her timeless visuals. 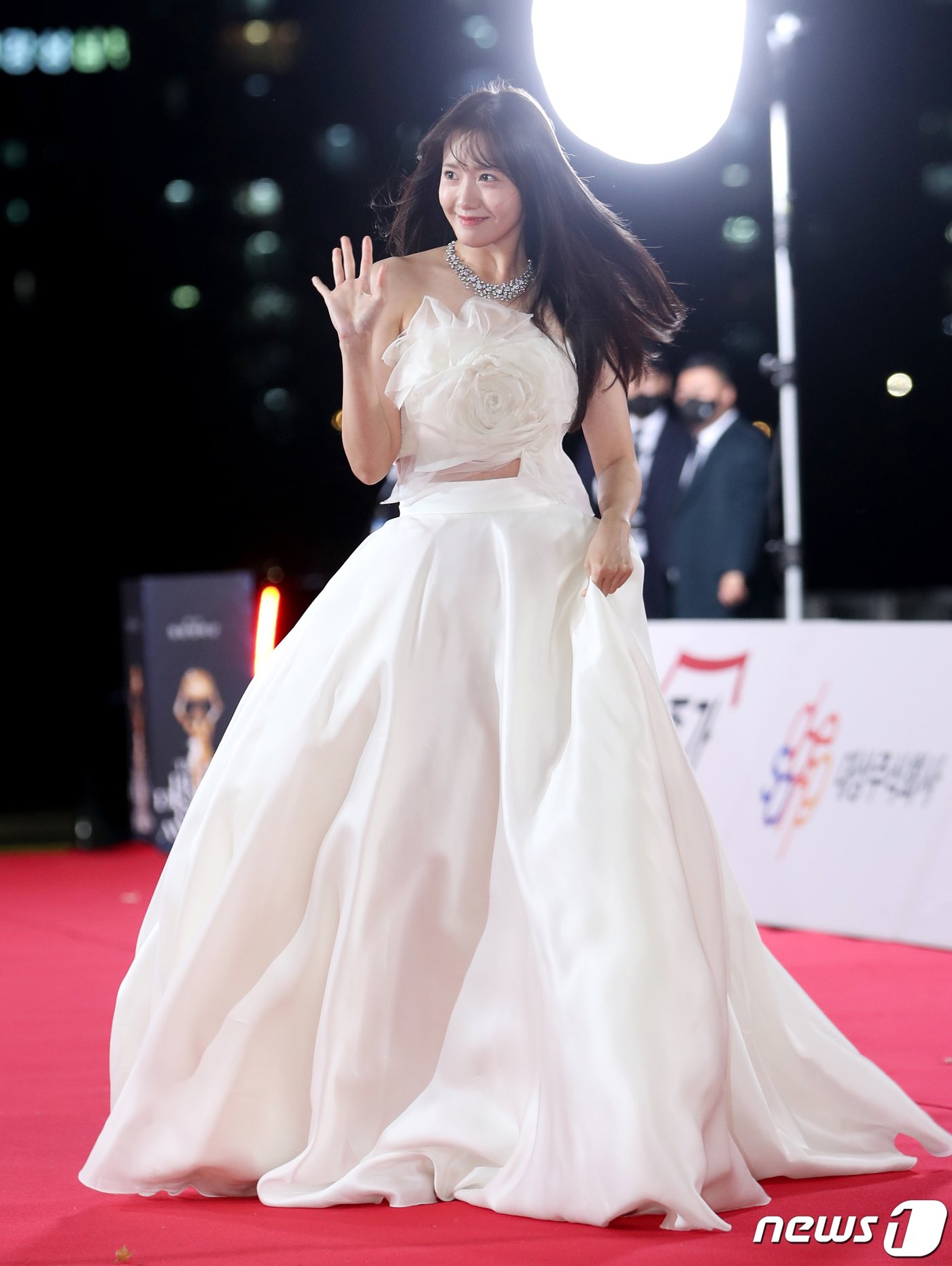 Daniel Hennesy is undoubtedly one of the most handsome men, combining sophistication, class, and visuals.

It meant that he knew his visuals needed an equally stunning outfit for the red carpet, and he delivered. Although it was black, the intricate detailing on the entire three-piece suit set was enough to make anyone in the crowd swoon. 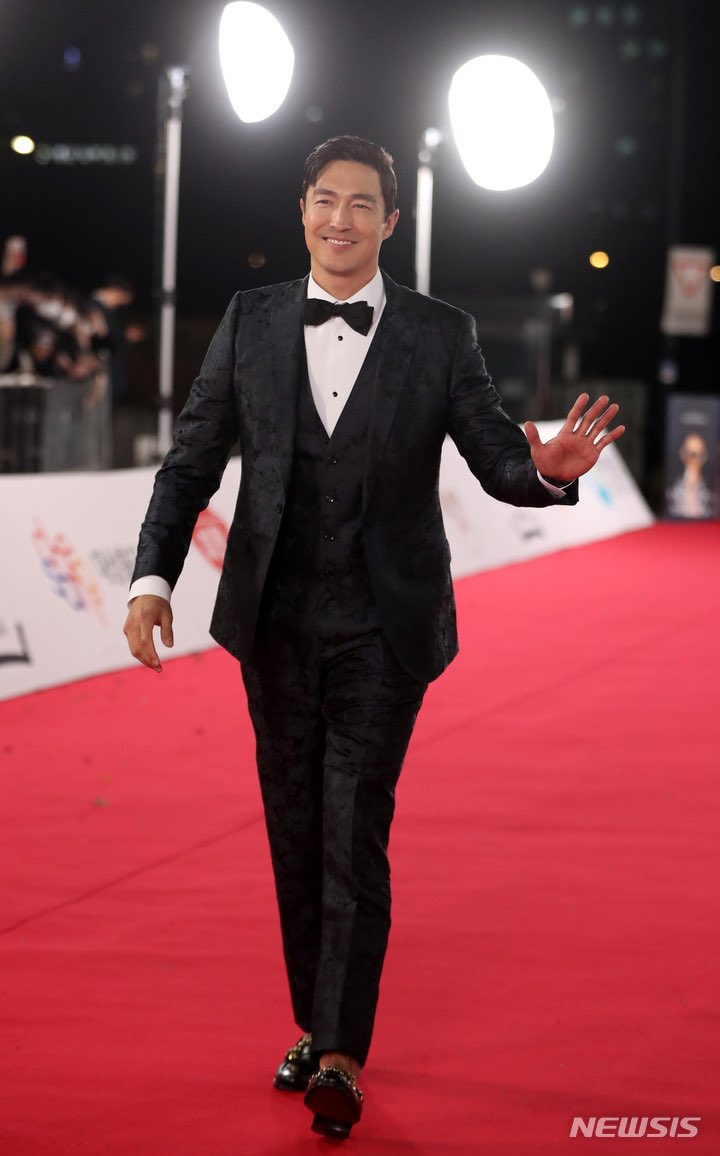 With Go Yoon Jung set to make her debut as Naksu in the next series of Alchemy of Souls, it wasn’t surprising that the actress made a statement on the red carpet.

Although many stars wore black dresses, Go Yoon Jung’s definitely stood out from the crowd and sparkled. Yet, it was the detailing that truly gained attention, as the embroidery was delicate and intricate, shining amongst the flashing lights. 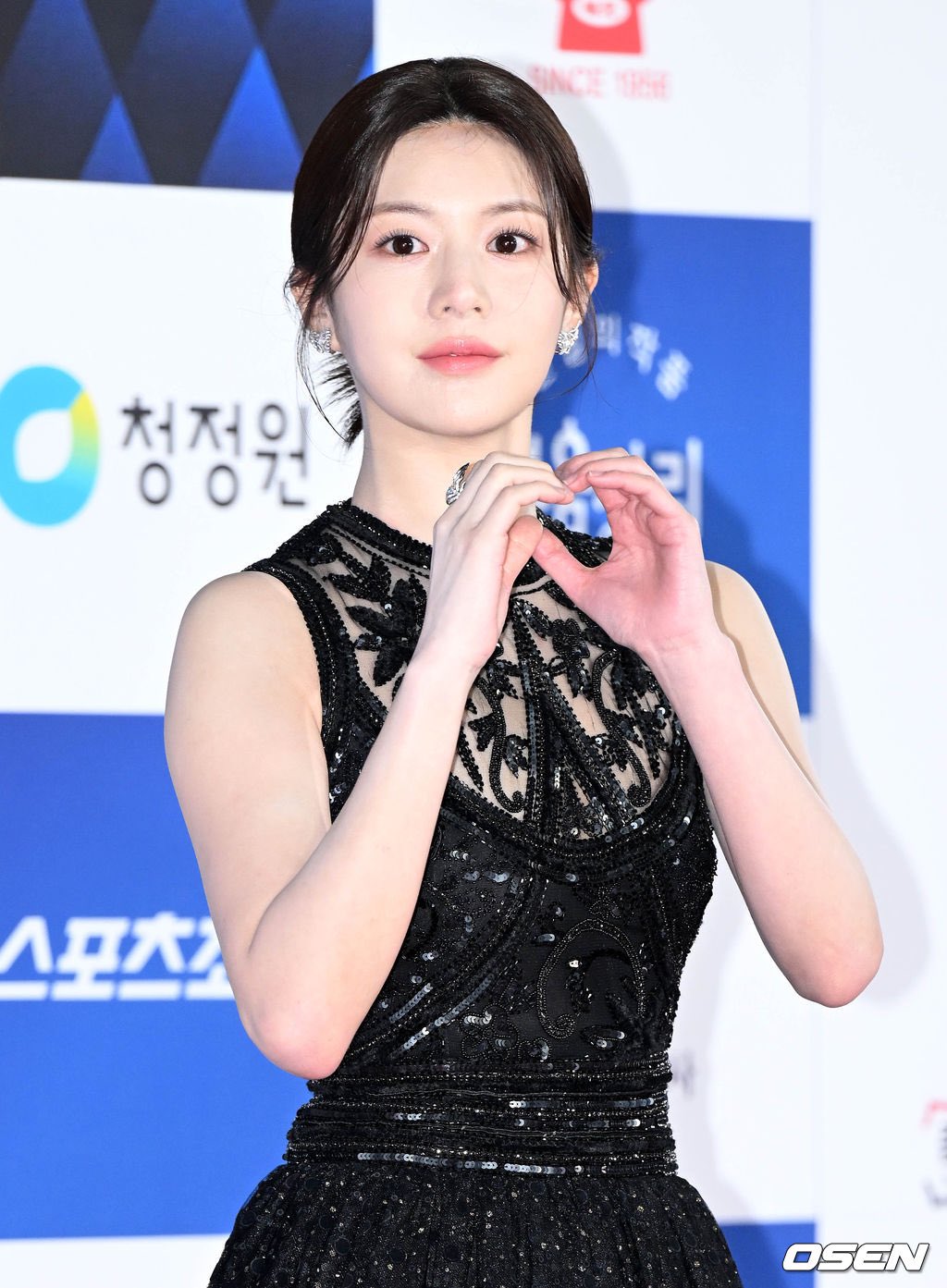 Along with picking up an award at the ceremony, rising actress Kim Hye Yoon truly cemented her legendary status on the red carpet.

Unlike most of the stars attending, Kim Hye Yoon went for a blush pink halterneck dress where everything was focused on the chiffon details. Paired with simple earrings and makeup, it truly allowed the actress to shine. 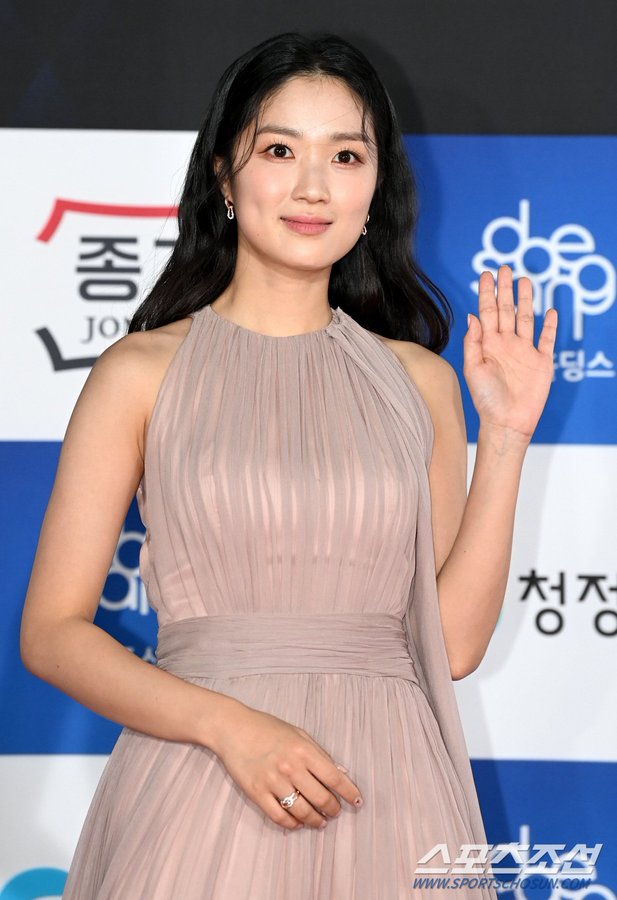 Under The Queen’s Umbrella