SEVENTEEN’s Favorite Memes From CARATs Showed How Much They Love Themselves : Entertainment Daily 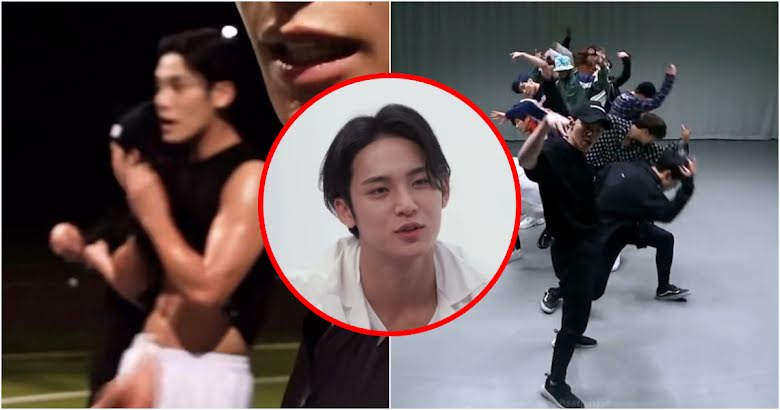 DK said he likes the ones of Mingyu’s abs.

SEVENTEEN‘s Dino, The8, DK, and Mingyu recently came on the BuzzFeed Celeb YouTube channel to have their much-anticipated Puppy Interview. Fans were quick to share their favorite moments as the boys talked about everything from the advice they’d give their teenage selves to where they want SEVENTEEN to be in 100 years.

On a lighter note, Buzzfeed also asked the boys if they had any favorite memes of themselves posted by their fans, nicknamed CARATs.

DK shared that he found the memes of Mingyu finding sneaky ways to show off his abs hilarious. CARATs were happy to hear that DK supported his friend’s body.

so you like to look at mingyu’s abs is that it? 🤨🏳️‍🌈 pic.twitter.com/Yi7rx1j7fZ

Mingyu himself shared that he enjoyed watching fan edits of SEVENTEEN’s synchronization during their concerts. Even he found their choreography impressive!

so weird bc only svt concert would i love to experience a top view like this seein the entirety + ocean of fans,, in conclusion… no matter what seat you are if it’s a seventeen concert it’s worth it 🖐🏽🥺pic.twitter.com/LAMc0rHFqc

Lastly, Dino said that he liked it when CARATs stitched performances of their group together into one video, like a mini music video.

oh dino have i got just the meme for you 🤣pic.twitter.com/4x0Hp9bdVA

The members aren’t shy to watch videos of themselves and appreciate their hard work! CARATs will be happy to know that SEVENTEEN enjoys the edits they post online.

Watch the full Puppy Interview with SEVENTEEN’s Dino, The8, DK, and Mingyu below. They talk about their favorite memes at the 1:36 mark.