Girls’ Generation’s Sooyoung Is A Badass On Screen And A Sweetheart In Real Life In “Fanletter, Please” : Entertainment Daily

“Fanletter, Please” is a romantic comedy starring Sooyoung as Han Kang Hee, an A-list actress who winds up facing the greatest crisis of her career. Yoon Bak stars as Han Kang Hee’s first love Bang Jung Suk, a devoted single father whose young daughter is battling leukemia. In order to protect the pure heart of his daughter, who is a huge fan of Han Kang Hee, he winds up writing fake replies to her fan letters to the actress.

Previously on “Fanletter, Please,” Han Kang Hee agreed to play along with Bang Jung Suk’s well-meaning lies. However, things took an unfortunate turn when it came to light that the two had gone to high school together, leading people to mistakenly believe that they had schemed together to fake Han Kang Hee’s kind act. To make matters worse, Bang Jung Suk’s daughter Yoo Na (Shin Yeon Woo) ultimately learned the devastating truth that the letters hadn’t been written by Han Kang Hee.

However, in newly released stills from the drama’s next episode, Han Kang Hee seems to have succeeded in cheering Yoo Na back up. In one photo, the actress wears an apologetic expression as she spends quality time with her biggest fan at the hospital; in another, Yoo Na is all smiles as Han Kang Hee happily reads her a storybook. 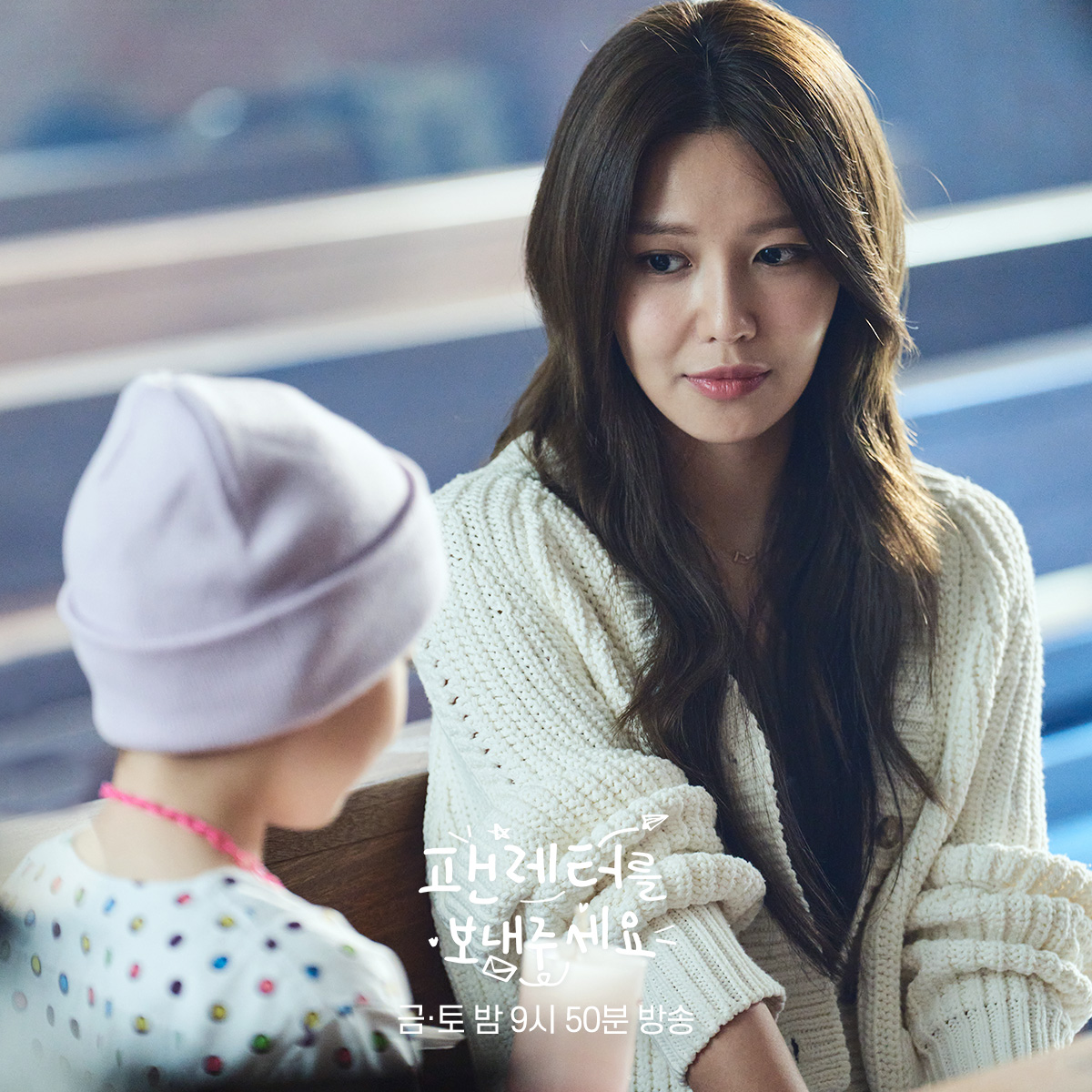 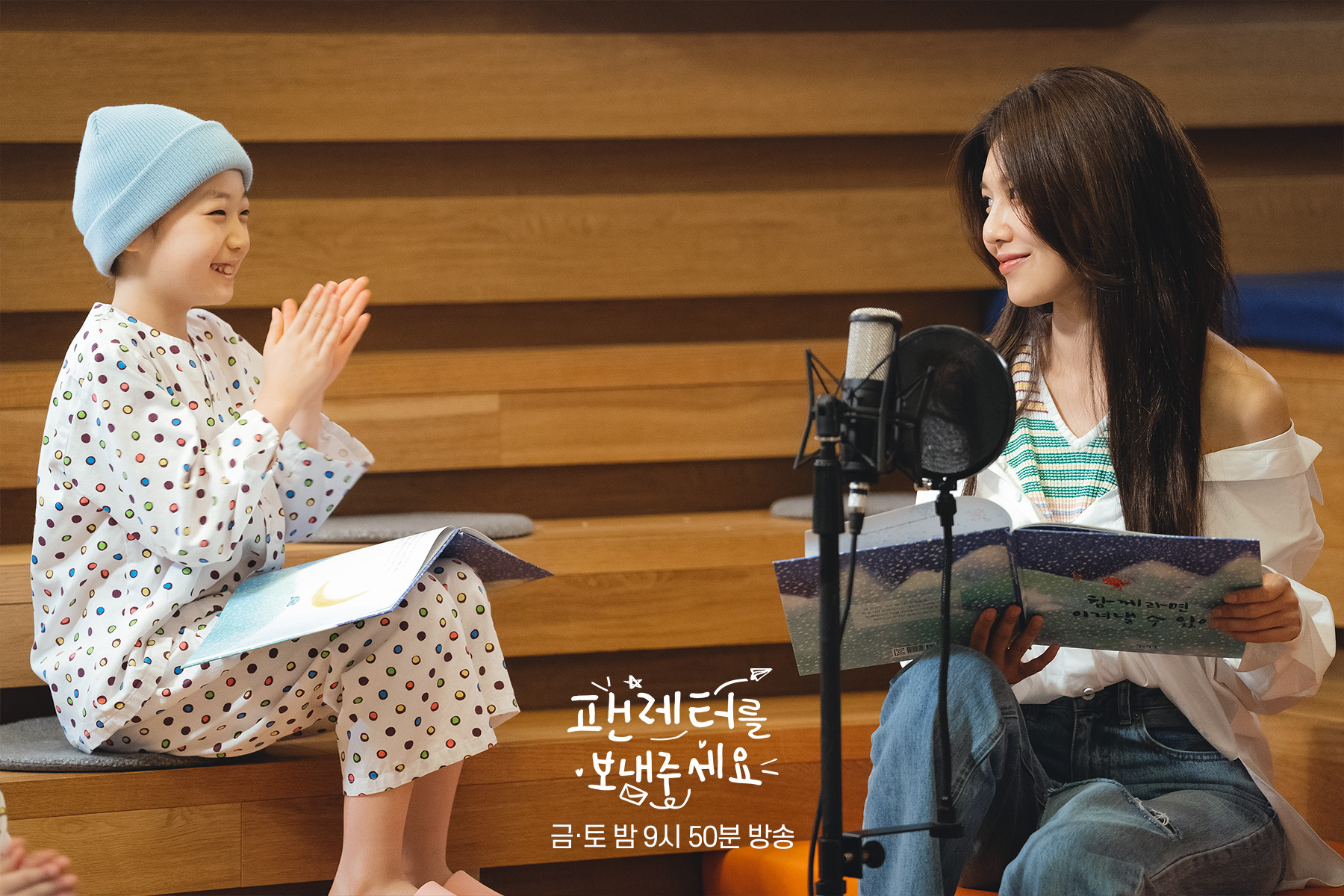 Meanwhile, even as her scandal rages on, the booked-and-busy Han Kang Hee continues to give her day job her all. When she isn’t bonding with Yoo Na at the hospital, the actress exudes a fierce and intimidating aura as she films a cameo appearance. 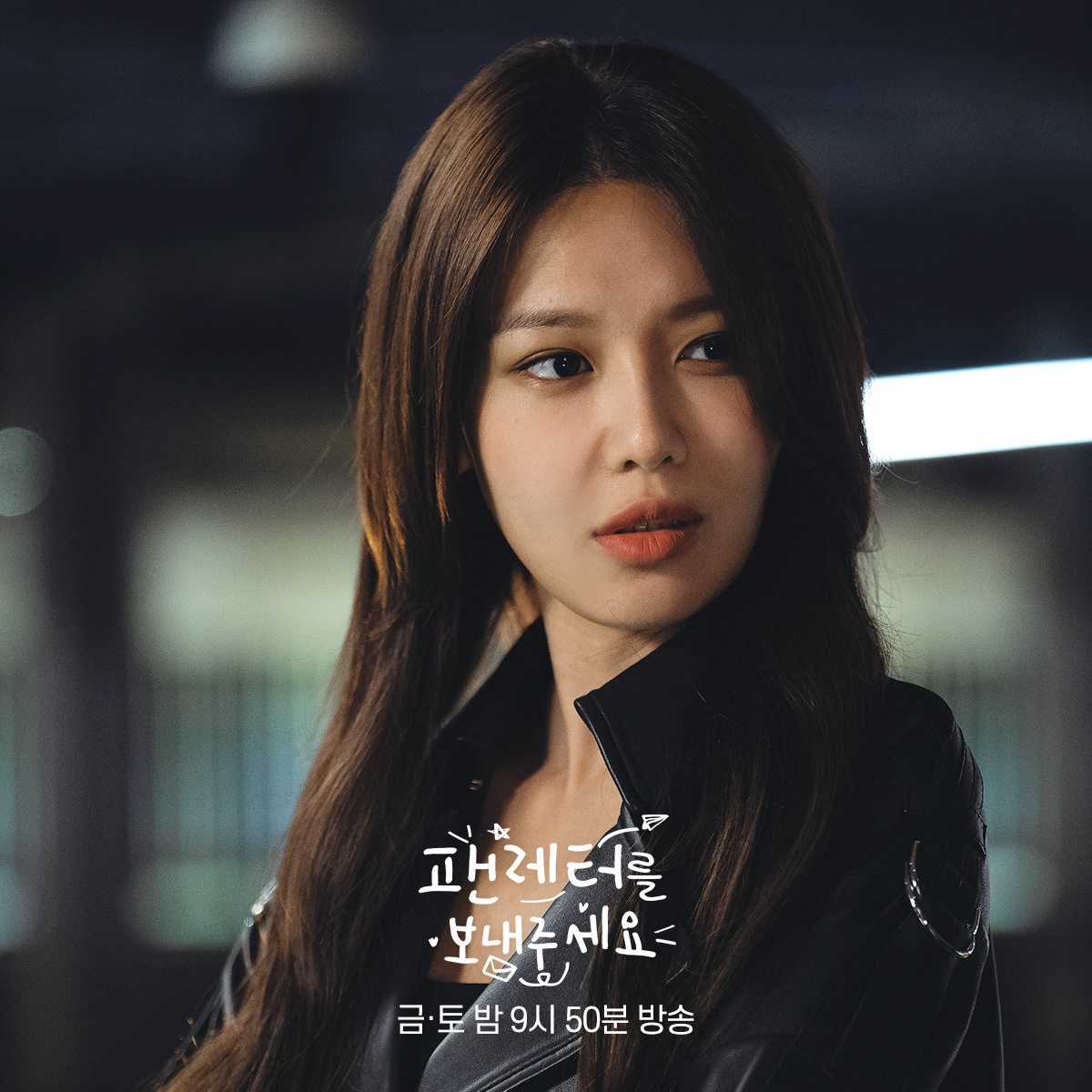 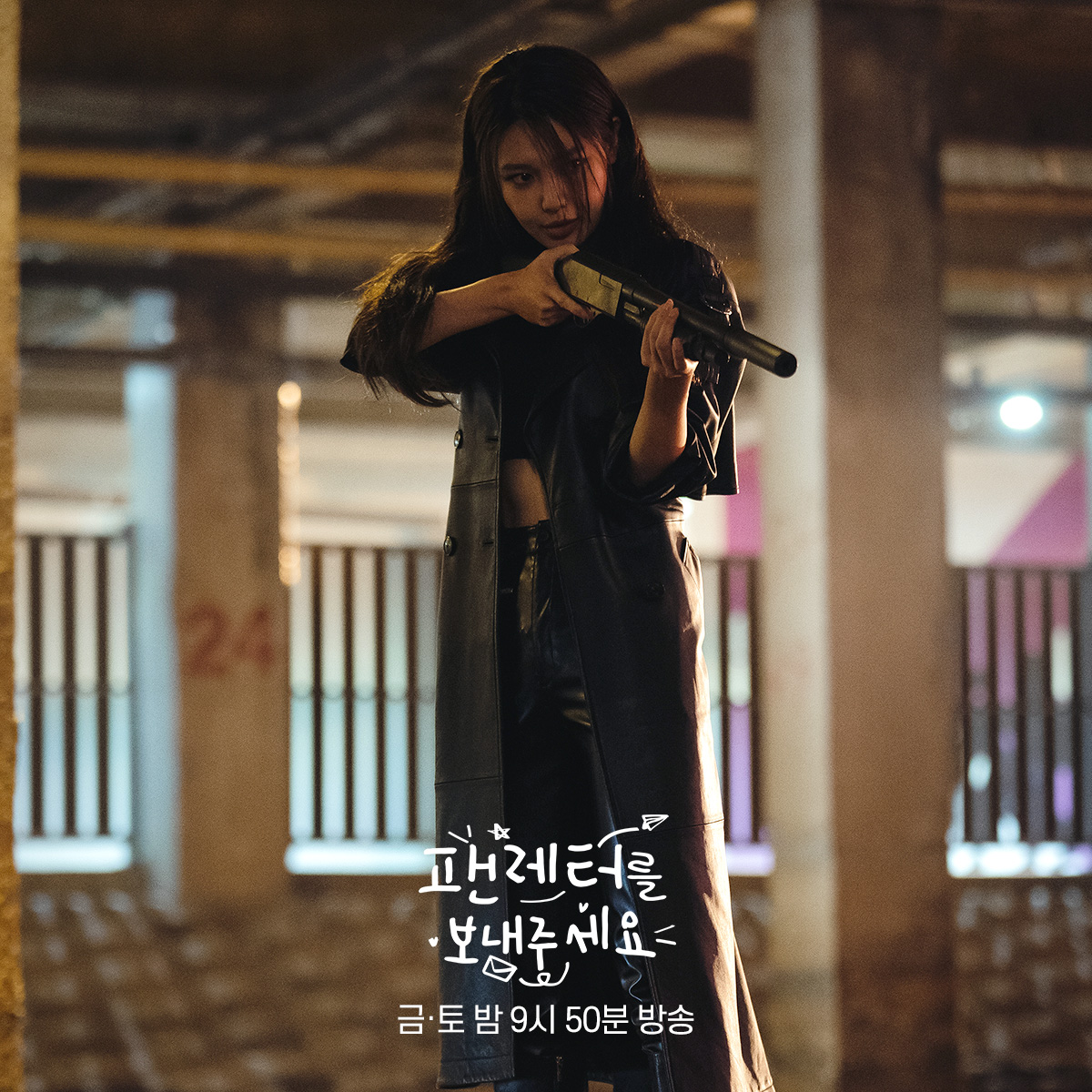 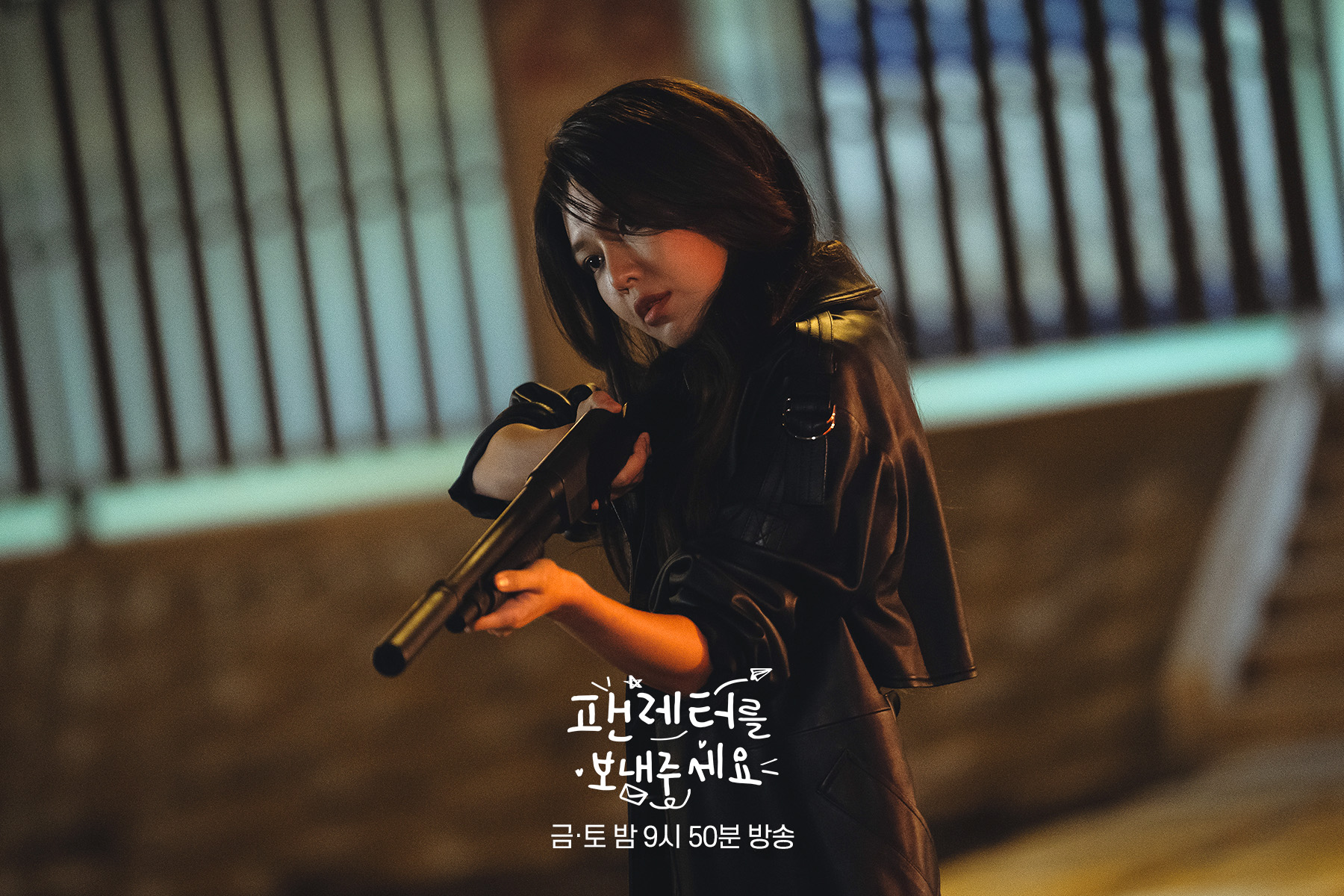 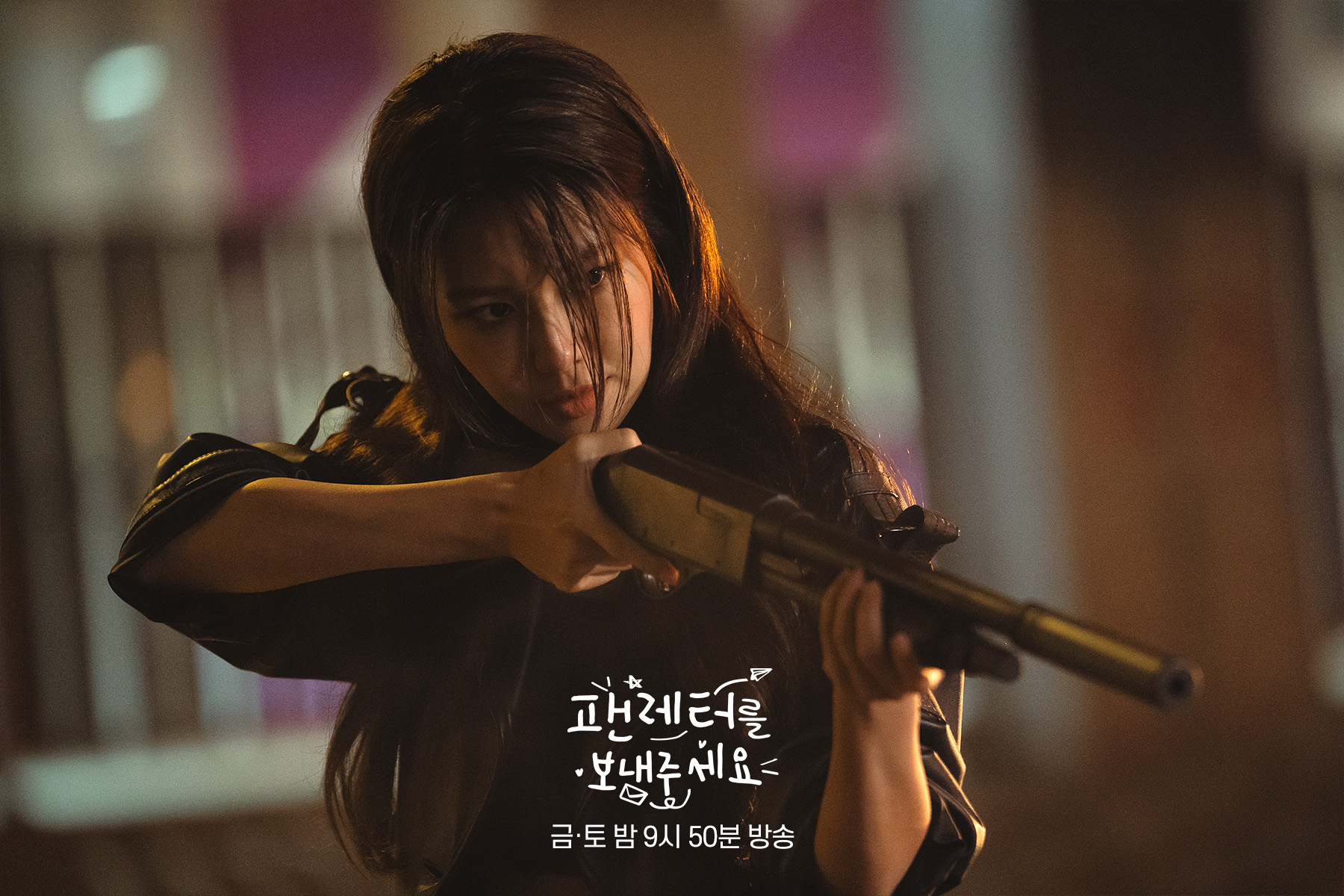 To find out if Han Kang Hee will be able to overcome the biggest crisis of her career, catch the final two episodes of “Fanletter, Please” on November 25 at 9:50 p.m. KST and November 26 at 9:35 p.m. KST.

In the meantime, you can watch the first two episodes of the drama with subtitles below!