BLACKPINK’s “BORN PINK” Director Says The Members Are “Heavily Invested” In Their Career As Singers And It Shows Behind The Scenes : Entertainment Daily 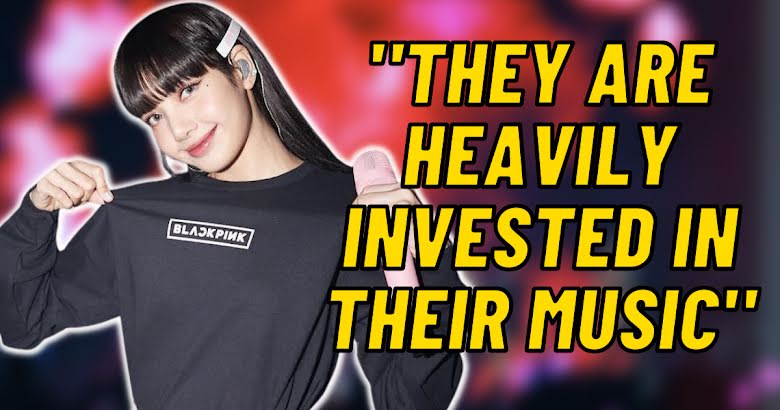 She’s worked with them for several months.

No one knows the details about BLACKPINK‘s world tour better than the one who oversees everything. Amy Bowerman, the creative director of visual company Ceremony London, recently sat down for an interview with i-D where she talked about her experience on the BORN PINK tour so far.

Besides the fact that mostly women were in charge behind the scenes, it surprised Amy that the four members were so involved in the planning process.

Walking into YG Entertainment I was like, wow, I’ve never worked with a female lighting designer ever. But they were like, ‘all lighting designers here are women’, which is amazing. I also arrived with the sense that we wouldn’t speak to the artists that much, that they wouldn’t be that involved or have an opinion, but they were very involved across everything they do, especially the music.

While Jennie, Jisoo, Lisa, and Rosé mostly left the visual aspect of the show to the company, they were definitely hands-on when it came to preparing their performances and set list. This was not the norm in Amy’s experience, being more accustomed to artists who would be almost exclusively interested in their practice sessions alone.

If BLACKPINK aren’t happy, they’ll just walk into the studio and be like, ‘we need to change this.’ I don’t think it’s a secret but it’s definitely less accepted that they might have autonomy.

She added that they were extremely excited to be part of the tour and that every member was “heavily invested” in their music. Though their schedules are always packed, they manage to find time to dedicate to their craft.

They are heavily invested in their music, they spend all of their time in the dance studio or in their studio with [their producer] Teddy.

BLACKPINK even approached Amy and opened up to her about their feelings, sharing their desire to be able to prove their capabilities as singers on the world stage.

They said to me, ‘we have this new record and it’s very much like us, we want to show the world us and what we can do and who BLACKPINK is’. The feeling was that they really hadn’t been able to showcase themselves as much as they wanted to during this whole lockdown period, they had the amazing Coachella show, but this tour felt really big.

Finally, the creative director talked about bridging the gap between their wishes and her work. She was happy that she could set the stage for BLACKPINK and create a venue where everyone could enjoy themselves.

So it was about stamping in what everyone already loves about BLACKPINK, then showing off the new record and how amazing these shows can be. It’s a huge celebration of BLACKPINK, of K-pop, and the effect they’ve had across the world. I think that sums up what we were trying to achieve with it.