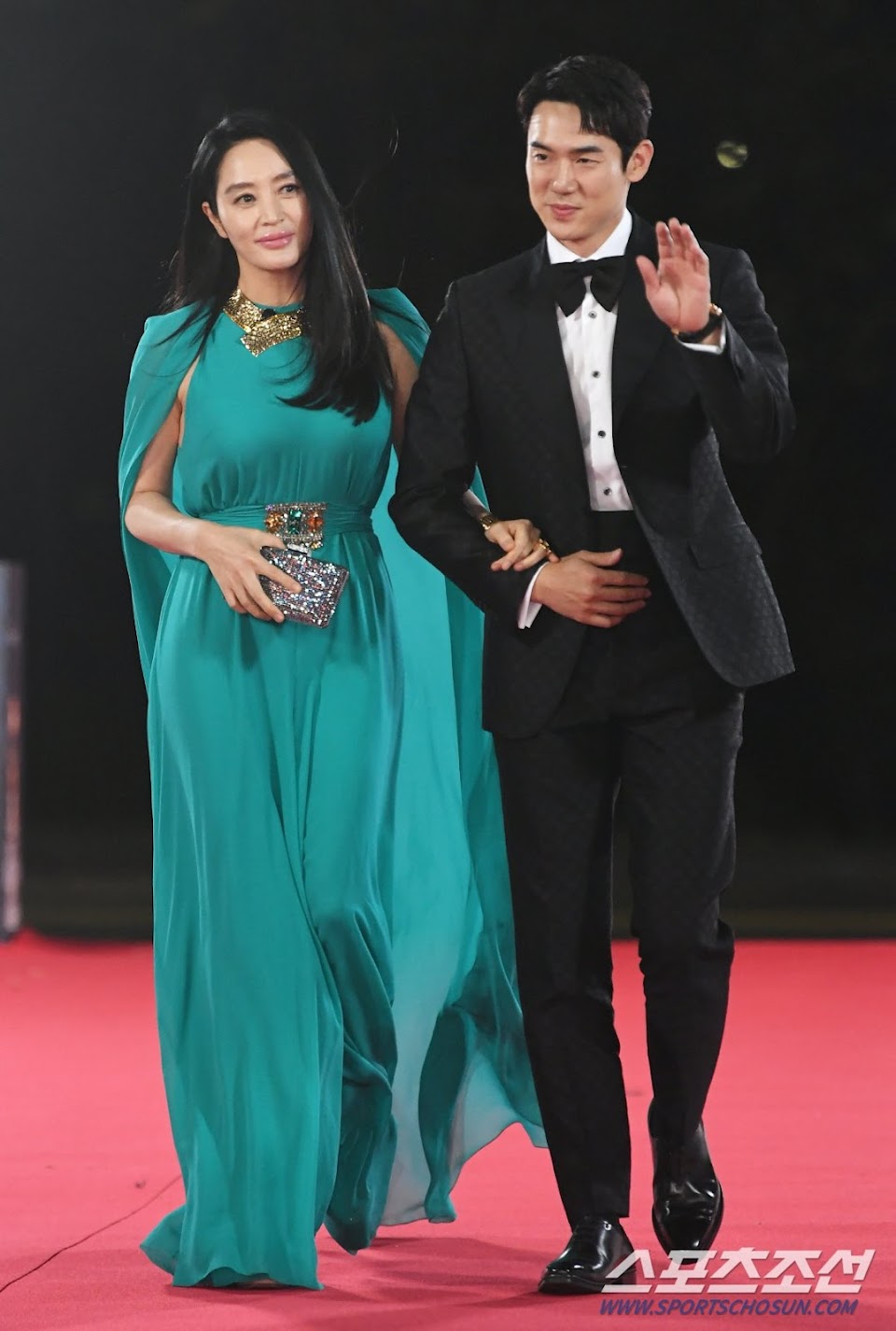 On November 25, some of the hottest stars of the Korean film industry came together for the 43rd Blue Dragon Film Awards. Hosted by Kim Hye Soo and Yoo Yeon Seok, it was truly a memorable event.

Yet, the ceremony gained attention when the stars in attendance turned into true K-Pop stans.

Yet aside from the awards, there were only some amazing performances.

The first performance of the night was from the rookie girl group NewJeans. Despite only debuting this year, the girls truly commanded the stage with their performances of “Hype Boy” and “Attention.”

Of course, with such an amazing performance, even the stars in the audience couldn’t hide their excitement. IU and Girls’ Generation‘s Yoona were clapping along to the young idols…

While Tang Wei even caught the attention of fans for seemingly filming her own private fancam of the performance.

Yet, one person out of the fans at the ceremony truly gained attention, and it was none other than actor Go Kyung Po.

When it came to NewJeans, the actor wasn’t afraid to showcase how much he was obsessed with the idols. He was even dancing along to “Hype Boy” perfectly and couldn’t stop cheering for them.

If that wasn’t enough, when Zico came out for his own performance, Go Kyung Po had a starring role during the event. Before making his way on stage, Zico decided to start in the crowd and made his way down the row. Before getting on stage, he sat next to the actor, and it’s safe to say Go Kyung Po was living his best life.

Even after Zico got on the stage, Go Kyung Po, and the equally iconic Song Eun Yi were truly living their best lives.

Along with the likes of IU, Ong Seong Wu, and many more showcasing their love for Zico’s performance…

Even as the song finished, Go Kyung Po, Song Eun Yi, and Seo Guk In were the last ones to make an impact!

Although award ceremonies can sometimes be boring, the idols really brought out the inner fangirls of all the stars in attendance. In particular, it isn’t surprising that Go Kyung Po truly captured the hearts of netizens with his antics.

You can read more about the awards ceremony below.