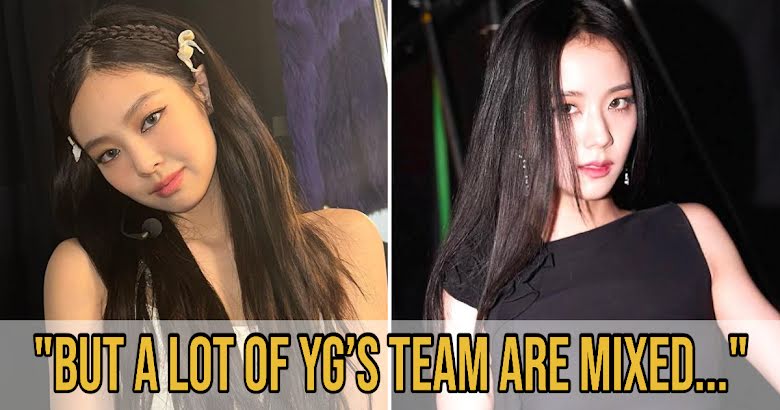 She spilled a lot of TMI about the tour!

When it comes to K-Pop, there’s nothing that netizens love more than hearing about what it’s like working with groups and companies.

Recently, someone who is working with BLACKPINK and YG Entertainment has spilled on their experiences.

The members recently finished the Korean and American leg of the tour and gained praise for performing in front of thousands of fans.

The creative director of the BORN PINK show, Amy Bowerman, recently sat down in an interview and talked all about her involvement in the show.

Along with the differences between Western and K-Pop shows, she seemingly didn’t have enough praise for YG Entertainment for their involvement.

When talking about the company’s decision to use a Western company, Amy explained that the members of YG’s team were truly amazing when she was part of the team.

They have everything they could possibly need in-house. Their team is incredible; a fully female production team, which was amazing to be a part of.

Amy then went on to describe the diversity within the team from YG Entertainment, praising the company for having members from across the world with knowledge in many different fields.

But a lot of YG’s team are mixed — their band is American, their music director is American, and we’re based in London. These girls have a lot of different interests, they pull from a lot of different narratives, they’re in the fashion world, they have a wide variety of music references — it made sense that all these people were brought together.

Along with the staff, Amy also shared what it was like working with the members themselves. For her, it was a collaboration between lots of different minds, and it created an unreal atmosphere.

It felt like a huge collaboration; a buzzy hive of throwing ideas around, seeing what was going to work, sitting down with the girls and seeing how they wanted to push themselves in different directions.

Unsurprisingly, BLACKPINK and YG Entertainment both showcase their diversity and dedication to creating something magical for BLINKs. Despite being so large, it seems like they make a good impression on those they work with.

You can read more from the interview below.