Man Arrested For Harassing ATEEZ At The Airport : Entertainment Daily 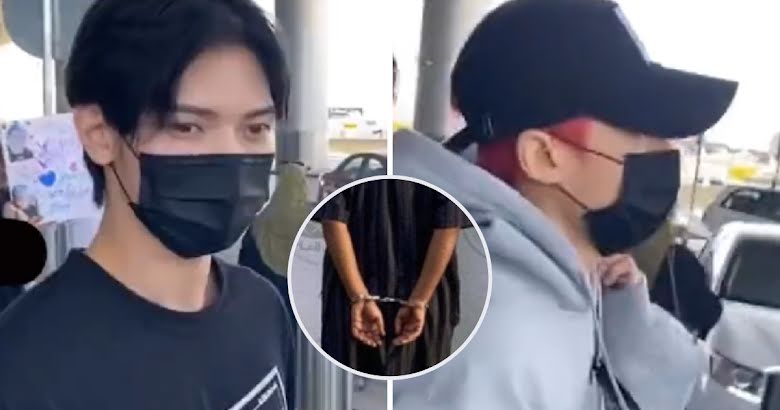 Last month, it was announced that ATEEZ would be joining the star-studded lineup for KCON 2022 in Saudi Arabia.

After the group landed in Saudi Arabia, they were greeted by screaming fans eager to see ATEEZ during their second time visiting the country.

As ATEEZ made their way through the airport, fans grew closer to the idols. While many ATINYs respectfully kept their distance, some people began to crowd the group.

ATEEZ was surrounded by security, but it wasn’t enough to hold back people who attempted to approach the idols and their vehicles, as seen in videos taken by fans at the airport.

One man approached the group, cursing at them and reportedly making racist remarks as they walked by. The man filmed the video to upload to social media; in the video, viewers could see how close he was able to get to the members, with very little security between him and the group.

As the video circulated, fans around the world raised attention to the situation and reported the video along with the user who posted it.

A Saudi Arabian news source reported later that the man who harassed the group had been arrested for his actions, and legal actions would be pursued.

The arrested citizen appeared in a video clip on social media, calling the band with phrases that would prejudice public morals during the arrival of a specialized band at the airport to participate in an event in Riyadh.

#Riyadh police has arrested a citizen for harassing a Korean K-pop band ATEEZ upon their arrival at King Khalid International airport.https://t.co/gfGzhVSGO0

Concern for ATEEZ’s security has been raised by fans, as their busy schedule has seen them flying often, and there’s been a pattern of the group not being provided the proper security they need at airports.

She really waited for San and following him everywhere. But San totally ignored them. Satisfying to be watched. If you want to be respected plz respect them first. Give them space & privacy. Thai tiny alr provide a great management to welcome ateez at airport 🤦🏻‍♀️ so embarrassing. pic.twitter.com/4qa1w8t6s6

Check out the article below for more on the growing concern for ATEEZ’s safety at the airport.

Solo Artist MADDOX Addresses Being Mobbed At The Airport With ATEEZ