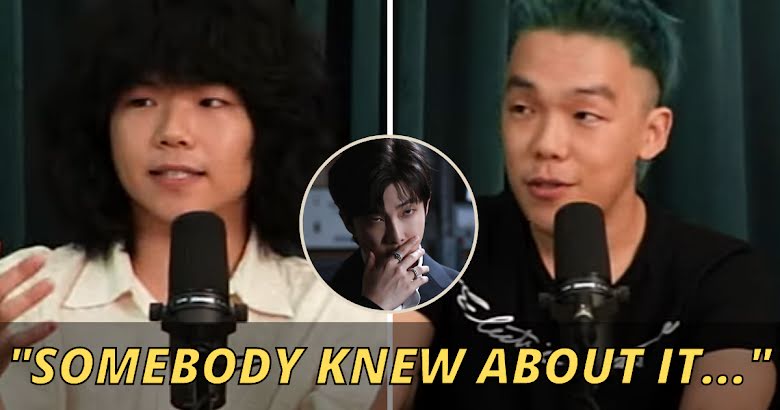 A fan kept the major secret while Balming Tiger didn’t even know it leaked.

Balming Tiger were recently guests on DIVE Studios‘ Get Real, where members BJ WNJN, Omega Sapien, and Mudd The Student shared a story about how the surprise surrounding their collaboration with BTS’s RM was almost ruined.

Balming Tiger describes themselves as “[a] ‘multi-national alternative K-pop band,’ which is challenging in terms of what genre that actually is, but that’s intentional. Our members don’t want to be limited or defined by one specific genre.” This freedom of not limiting the sound of their music allows them to continue to experiment with new sounds and maintain their creative control.

BJ WNJN, Omega Sapien, and Mudd the Student spoke about their experience working with BTS’s RM on Balming Tiger’s recent song “Sexy Nukim” and spilled more details on how the anticipated collaboration came about.

Balming Tiger was connected to BTS’s leader through the group’s creative director, San Yawn. San Yawn was college friends with producer and rapper Supreme Boi, who frequently works with BTS and trained alongside them at BIGHIT MUSIC (formerly BigHit Entertainment).

Balming Tiger hung out with Supreme Boi in Japan and the connection naturally led to their collaboration with RM.

The group’s collaboration track “Sexy Nukim” was officially released on September 1, but Balming Tiger had already been performing the song at their concerts. In order to keep BTS RM’s feature a secret, they recorded a different version without his part to perform before its release.

After going to such lengths to keep the secret, it was almost exposed by a child actor’s mom, who was proud of their kid for appearing in the music video.

Balming Tiger explained that everyone featured in the “Sexy Nukim” was either friends or acquaintances of the group, but the child actors were recruited by their company, so they had not met them before.

After filming the music video, the mom of one of the child actors posted on Instagram to share that her kid was in a music video with BTS’s RM.

The group had no idea the information was leaked, but their company had the post removed moments after it was published. In the short time the post was on the internet, a fan had taken a screenshot of it.

Omega Sapien only found out about the feature almost being leaked after the song was officially released, and he was reading reactions on Twitter.

The fan had kept the now-deleted post a secret, and only shared the screenshot after the news of RM’s feature was official.

The members were impressed with how respectful the fan was in keeping the major secret and their ability to take the screenshot in the seconds the post was online.

Check out Balming Tiger’s full interview on Get Real below!