Netizens Have Mixed Reactions To ASTRO’s Cha Eunwoo And Han So Hee’s Transformation Into Characters From Webtoon “The Villainess Is A Marionette” : Entertainment Daily 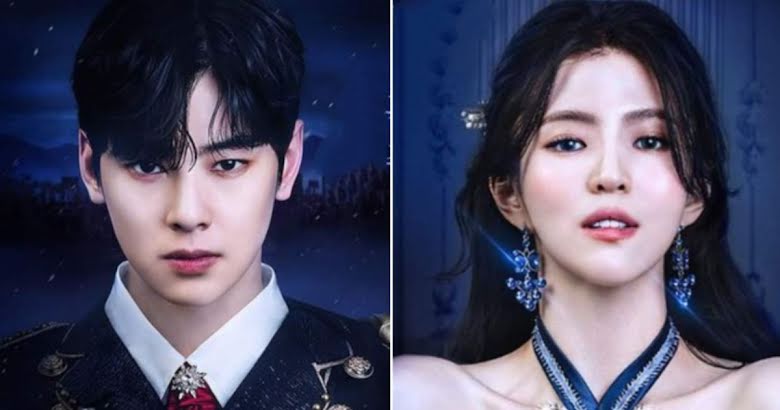 While some love the visuals, others are disappointed with the results.

The Korean entertainment industry is full of true visuals and alone, they create enough of a buzz to send the internet into meltdown. Yet, on the rare occasions that their visuals come together on projects, it manages to create a full-blown explosion of visuals.

Recently, that was exactly what happened when ASTRO‘s Cha Eunwoo (also known as Cha Eun Woo) and actress Han So Hee came together for a project.

The world of webtoons is continuing to gain popularity globally. One in particular that has continued to receive praise is The Villainess Is A Marionette

The story follows Princess Kayena, who is controlled by her brother Regef and almost seems like a puppet. Yet, after breaking free from her brother, she engages in a power struggle against him and partners up with Duke Kidrey.

Han So Hee and Cha Eunwoo teamed up with Kakao for a dramatized trailer for the webtoon to portray the personas of the characters.

In the photos, Han So Hee became the female lead, Princess Kayena, and she exuded true elegance and class worthy of being a member of the royal family.

Of course, the visuals are insane but when put next to the webtoon counterpart, both Cha Eunwoo and Han So Hee seem to embody the characters perfectly.

When the images were released for the advert, netizens couldn’t get over the stunning visuals of the two stars. With their dazzling visuals, Han So Hee and Cha Eunwoo seemed a perfect match to portray these iconic characters.

WHAT A VISUAL PAIRING pic.twitter.com/4zg5CPCooP

While many netizens were seemingly obsessed with the depiction of the characters through two of the hottest Korean idols, others had more mixed reactions to the concept photos.

It seems like the editing was done to match more of the aura of the original characters. Yet, many netizens pointed out how unnatural the photos looked, adding that it seemed weird trying to mix the world of 3D and 2D together.

It isn’t Cha Eunwoo’s first experience with the webtoon. Earlier in the year, the idol released an OST for the series called “Focus On Me.”

Yet, although the images seem very realistic, it was made clear that Han So Hee and Cha Eunwoo will not be playing the roles in a web series. Instead, the two stars collaborated with Kakao and are the “second personas” of the characters.

Previous Post
The Mom Of (G)I-DLE’s Minnie Loved Yuqi So Much, She “Betrayed” Her Own Daughter In A Wholesome Way : Entertainment Daily
Next Post
TXT’s Yeonjun Names The Event That Made Him So Happy He “Could’ve Died Then And There” And The Reason Why He Thought So : Entertainment Daily