BLACKPINK’s Jennie Was Hidden From View When Arriving At The TAMBURINS Exhibit, But Fans Still Left Happy In The End : Entertainment Daily 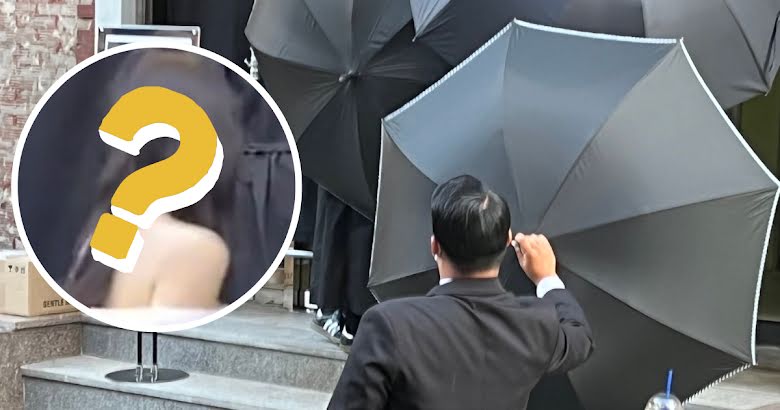 Here’s why that’s so.

BLACKPINK‘s Jennie is a superstar through and through!

The 26-year old singer was recently invited to the TAMBURINS exhibit alongside fellow celebrities Minhyun, ENHYPEN, and more. It was a special event that highlighted the theme of “Solace” related to their perfume campaign.

Jennie made headlines this week for her superb acting skills in the TAMBURINS promotional video. It was no surprise that she was a key guest at the exhibition featuring her own photos.

According to BLINKs situated outside the venue, the BLACKPINK singer was hidden from view by security as soon as she arrived at the top of the stairway. They rushed to hide her with four opaque black umbrellas so no more photographs could be taken.

what’s with security this not even the met gala 😭😭

From what they were able to see, Jennie wore an off-shoulder white dress and heels.

Even the four seconds they saw of her before she was covered was enough to send BLINKs into a frenzy! They couldn’t stop praising her beauty, physique, and outfit.

JENNIE IN AN OFF SHOULDER OUTFIT HELP

Her side profile alone was memorable!

They also guessed that the TAMBURINS staff did this to protect her privacy in case of a wardrobe malfunction.

Fortunately for the fans who waited to see her even after her arrival, Jennie later reappeared in public. This time she was dressed in a more casual outfit consisting of a white sweatshirt and black pants.

She was there to see her TAMBURINS billboard up close for the first time. From her reaction, it was clear that she was awed at the sheer size of the advertisement.

Moreover, unlike when she first came to the event, the BLACKPINK rapper was able to dedicate more time to pose for pictures and talk to fans before she left.

Op asked her to do the shooting pose, but Jennie cutely said that she doesn’t want to lol

jennie asked her manager to drive closer to the fan so she could get the letter. SHE’S THE SWEETEST 😭

Though BLINKs couldn’t get a good shot of her cool side going in, they sure were able to see her cute side going out!

Previous Post
Lee Seung Gi And Lee Se Young’s Relationship Gets More Complicated After Their Kiss In “The Law Cafe” : Entertainment Daily
Next Post
The Mom Of (G)I-DLE’s Minnie Loved Yuqi So Much, She “Betrayed” Her Own Daughter In A Wholesome Way : Entertainment Daily