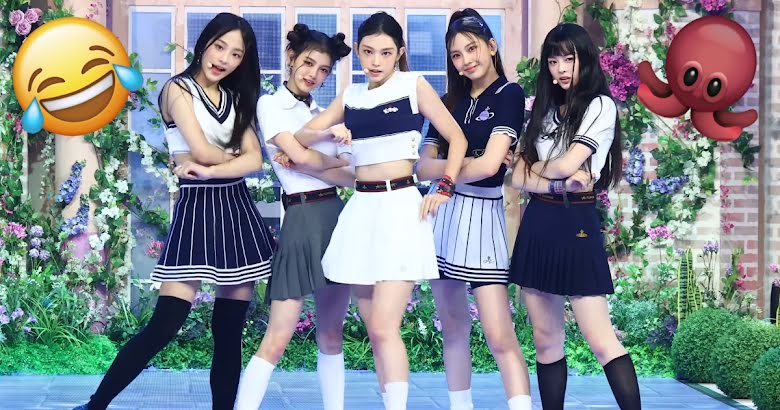 They use the cutest stand-ins.

NewJeans released the first episode of their new vlog series, NewZips, on their YouTube channel last September 24, 2022. The series follows the girls behind the scenes as they prepare to debut.

In the video, the members are preparing for their first-ever live music show.

They were excited but apprehensive, so they decided to practice to get rid of their nerves.

Like true professionals, all the girls also practiced for their “ending fairy” moment, which is a close-up shot a few seconds after the song ends.

All the members were free to give suggestions and comment on their dance moves and choreography, showing a lot of humility and team chemistry.

NewJeans also revealed that they have an adorable way of discussing how to go about their formations while performing. They use the resident dance studio mascot, octopus plushies, as stand-ins!

Each cute doll represented a member, although Hanni‘s was missing at the time of the vlog.

Their practice paid off since they killed their performance!

NewJeans are off to a great start to their career, and their fans are also looking forward to their future comebacks!

Watch the entire first episode of NewZips below. They start the dance practice at the 11:55 mark.