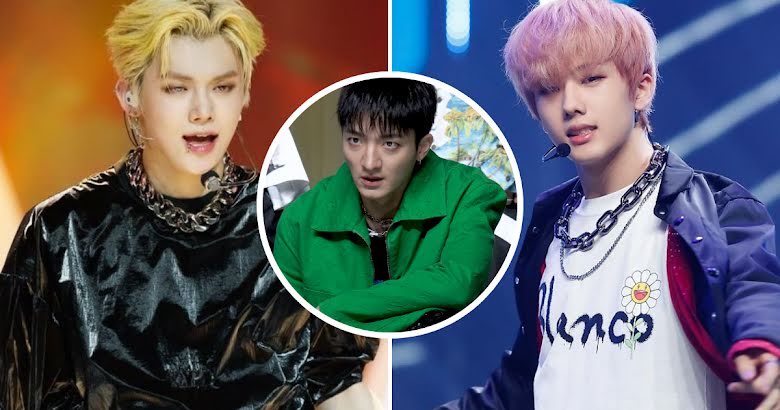 Who else slayed the “New Thing” trend?

Zico‘s latest song has spurred another dance craze! Following the popularity of its 2020 predecessor, “Any Song” (2020), “New Thing” (Prod. by Zico and ft. Homies) has now taken over Korea.

It was the track featured on the leaders’ challenge episode of Mnet‘s hot new survival program Street Man Fighter. We Dem Boyz‘s Vata took home the coveted win thanks to his straightforward yet addictive choreography.

Two weeks since its release, several K-Pop idols have already jumped on the trend and filmed their own versions of the “New Thing” challenge. Check out some of the most memorable ones below!

First up, NCT Dream’s Jisung is gaining widespread popularity for his cover of the dance. He was complimented on having “extremely clean” dancing that was on the level of professionals.

Fellow member Mark also dropped his cover of “New Thing,” reminding fans that he’s an all-rounder who can sing, rap, and dance.

There’s a reason why Yeonjun from TXT was considered the ace trainee of BIG HIT Entertainment. He perfectly copied Vata’s dance while adding his personal style to the overall performance.

Niki from ENHYPEN may be young, but his dancing makes it obvious that he has years of experience. His powerful and confident moves were evidence of this.

Jay was actually the first in ENHYPEN to dance to Zico’s song. As fans have mentioned in the comments section, he “ate and left no crumbs.”

MIDZYs have been clamoring for Yeji and Ryujin to take on the challenge as well, and they finally did! They both did not disappoint at all, as expected of a group that is known for their dance skills.

Hayoung and Seoyeon from fromis_9 had a unique opening choreography where the former was spun around by the latter’s hands similar to a top. They both added a natural swag to their movements that was a great contrast to what is seen in their usual title track performances.

SEVENTEEN’s Hoshi proved yet again why he’s called one of the most gifted dancers in K-Pop. He was confident in his skills as well, even putting the original version on a screen behind him despite running the risk of being directly compared to the professional dancers.

It wasn’t just him who took up the challenge—Woozi was also spotted dancing to it alongside Hoshi during their solo concert.

i tried to change the audio and the fact that woozi and hoshi were dancing to new thing’s choreo in snapshoot but still they’re on beat and slayed?! 😭 fck?!?! pic.twitter.com/Ci2oA1VdzR

Taeyong’s challenge was positively received by fans who praised his cool dancing. It gained over 900,000 likes in less than 24 hours.

NMIXX’s Jinni, Kyujin, and Haewon did the “New Thing” challenge with Vata. The girls did a great job on the cover, managing to not be outshined by the creator himself.

In fact, We Dem Boyz—Vata’s dance crew—danced with another K-Pop group as well: NCT 127.  Needless to say, Mark, Jungwoo, Taeyong, and the dancers all slayed.

11. The Boyz’s Younghoon and Changmin

Younghoon and Changmin from The Boyz made their performance the main focus of their video by putting the “New Thing” backtrack on a lower-than-usual volume level. They let their skills take the lead.

ASTRO’s Moonbin and Sanha proved yet again that their chemistry as a duo is top notch. Not only was their dancing clean, they were also as cool as can be in the black and white coloring of the video.

As for soloists, former IZ*ONE member Yena earned praise for her bright performance of “New Thing.” She posted a reel of herself doing the challenge outdoors which fans noticed was liked by Zico himself.

Finally, the latest K-Pop idol to hop on the trend is TREASURE’s maknae Junghwan. He stood out by wearing his school uniform while filming in the new YG Entertainment practice room, adding hints of youthfulness to the otherwise intense dance.

Check out the viral dance below.