Red Velvet’s Seulgi Clarifies The Story Behind Her Being Bitten By A Dog : Entertainment Daily 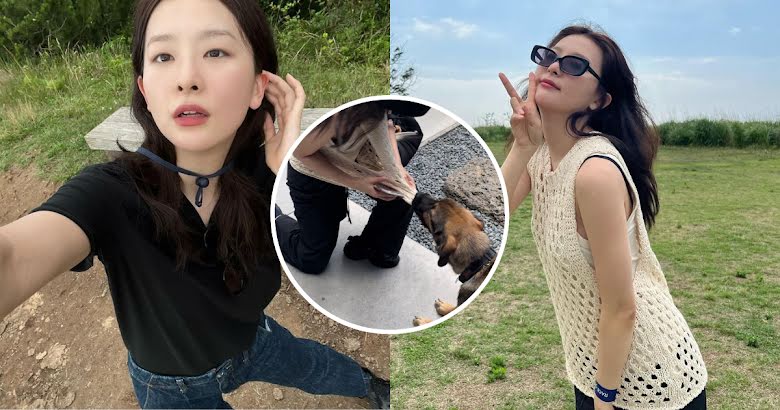 The fifth season of Red Velvet‘s Level Up! Project airs on September 23, and as a special pre-release, the car ride after their arrival to Jeju Island was released on YouTube.

Wendy revealed that this was the first time she was going to Jeju Island for vacation. All the other times, it was for a work schedule that probably didn’t leave much time for relaxation.

Yeri and Seulgi had been to Jeju for vacation before, with Seulgi having gone around all of Jeju with her family just a few months ago.

Thanks to her uploads on Instagram, ReVeluvs and the rest of the members could see the adventures she went on while also appreciating Seulgi’s natural beauty.

However, the only thing Wendy could remember about Seulgi’s trip was the story where she was bitten by a dog. The story itself is far from scary or concerning; Yeri almost died laughing when she heard about the incident.

While it might be a misconception that the story is from a stranger who witnessed Seulgi and the dog “fighting,” the truth is that it was filmed and uploaded by one of her close relatives.

Why when seulgi was bitten by a dog. You didn’t stop ? ㅋㅋㅋㅋㅋ
cousin seulgi: Because it’s so funny ㅋㅋㅋㅋㅋㅋㅋㅋ

Too bad the video is too short 🥹
cousin seulgi is so funny 🤣#redvelvet pic.twitter.com/JQqcJmjwBn

The misunderstanding of the witness stories came to light when Wendy revealed that while it wasn’t the truth, many fans joked around and acted as if they had witnessed the puppy biting Seulgi’s shirt.

ReVeluv’s sense of humor is perfect for Red Velvet as the girls burst into laughter at the realization.

Seulgi stated clearly that the puppy was playing around with her and had mistaken her shirt for a toy (perhaps the puppy thought it was like the cord toys dogs often play tug-of-war with). No one was harmed in the video; in fact, everyone, from Seulgi struggling to get her shirt free to her relative filming the entire ordeal to the members who saw the video through social media, found the situation hilarious.

We can’t wait to see what adventures await Red Velvet in Jeju, and there’s no doubt a lot of laughter is in store.