Ji Chang Wook Confesses His Feelings To Girls’ Generation’s Sooyoung In “If You Wish Upon Me” : Entertainment Daily

Is romance finally about to blossom on KBS’s “If You Wish Upon Me“?

“If You Wish Upon Me” is a new drama inspired by an actual organization in the Netherlands that fulfills the wishes of terminal cancer patients. Ji Chang Wook stars as Yoon Gyeo Re, a man who has been pushed to his limits by a difficult life full of struggles. However, when he winds up having to volunteer at a hospice, he finds his life changing in unexpected ways while helping to make the patients’ wishes come true.

Sooyoung stars in the drama as Seo Yeon Joo, a tough and cheerful nurse at the hospice who is obsessed with exercise, while Sung Dong Il plays Kang Tae Shik, the volunteer chief of Team Genie.

On the previous episode of “If You Wish Upon Me,” the relationship between Yoon Gyeo Re and Seo Yeon Joo—who had been steadily opening their hearts to one another as they grew closer—reached a major turning point. In a moment that made viewers’ hearts flutter, Seo Yeon Joo surprised Yoon Gyeo Re by boldly confessing her feelings for him—and she didn’t backpedal when he asked if her words were a confession.

In newly released stills from the drama’s upcoming episode, Yoon Gyeo Re finally returns her declaration of affection by confessing his own feelings. In contrast to his usual aloof demeanor, Yoon Gyeo Re appears vulnerable as he lies on the floor of the break room, pale and breaking out into a cold sweat.

Meanwhile, Seo Yeon Joo remains by his side as she tenderly takes care of him, leading the woozy Yoon Gyeo Re to bare his heart to her in a hazy moment of honesty. 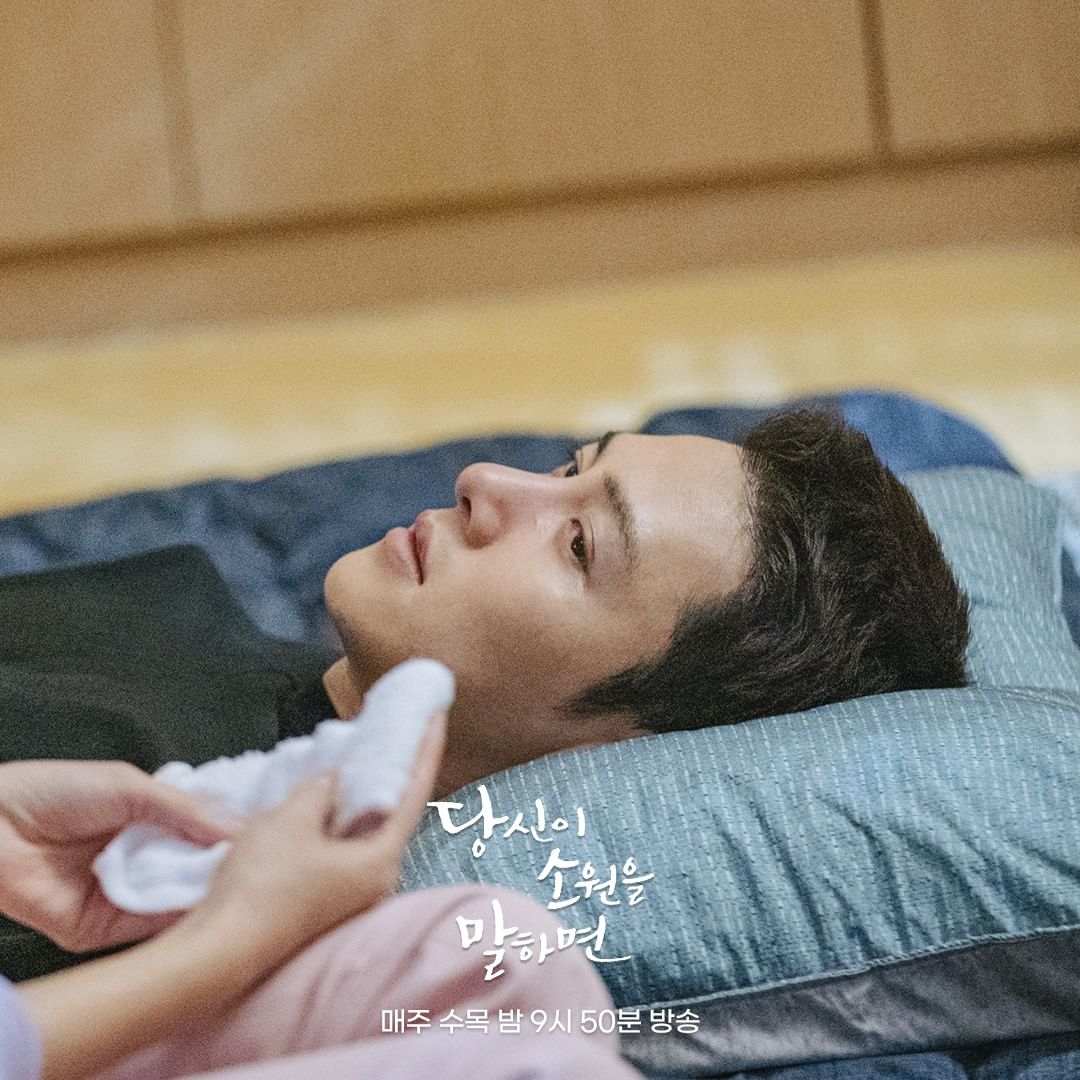 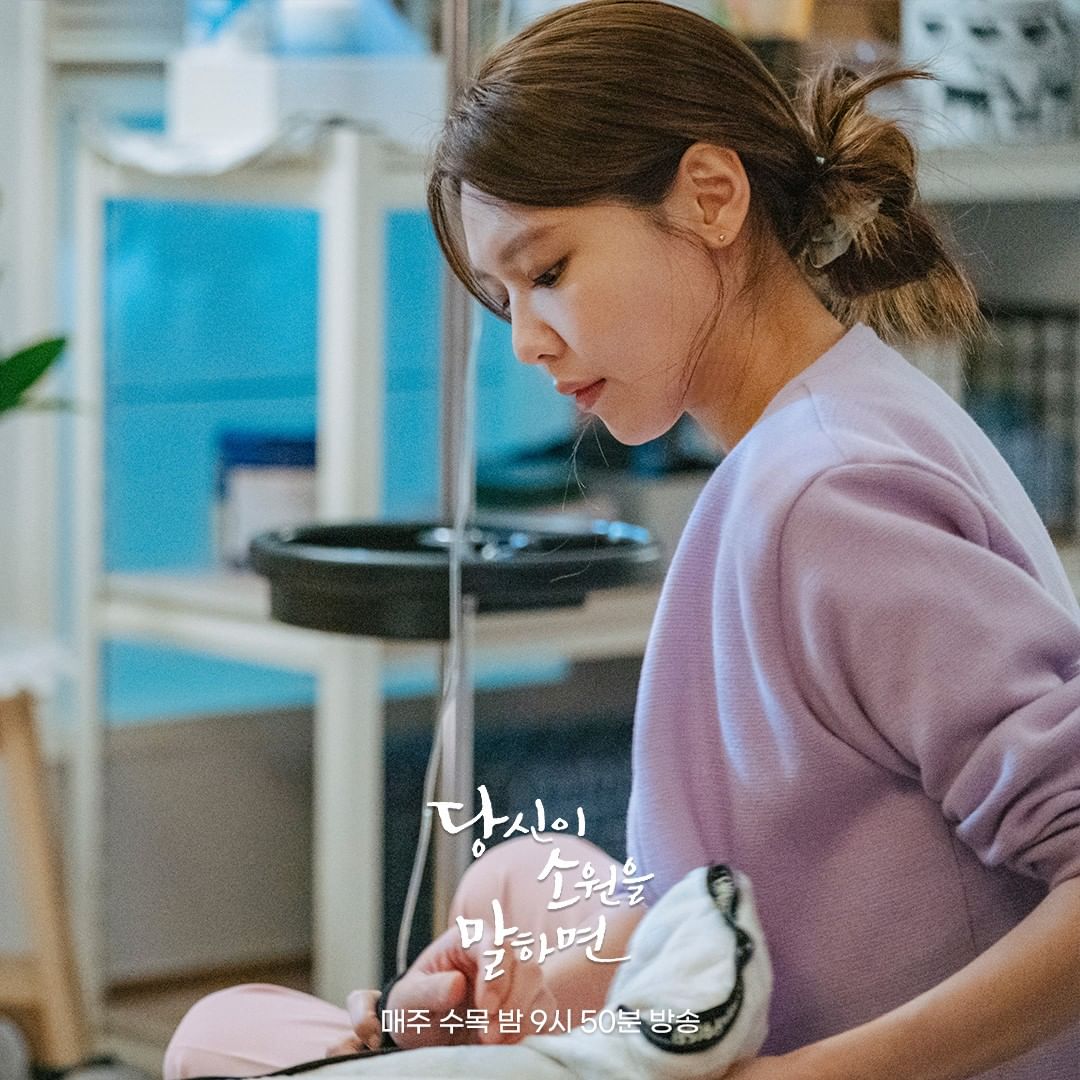 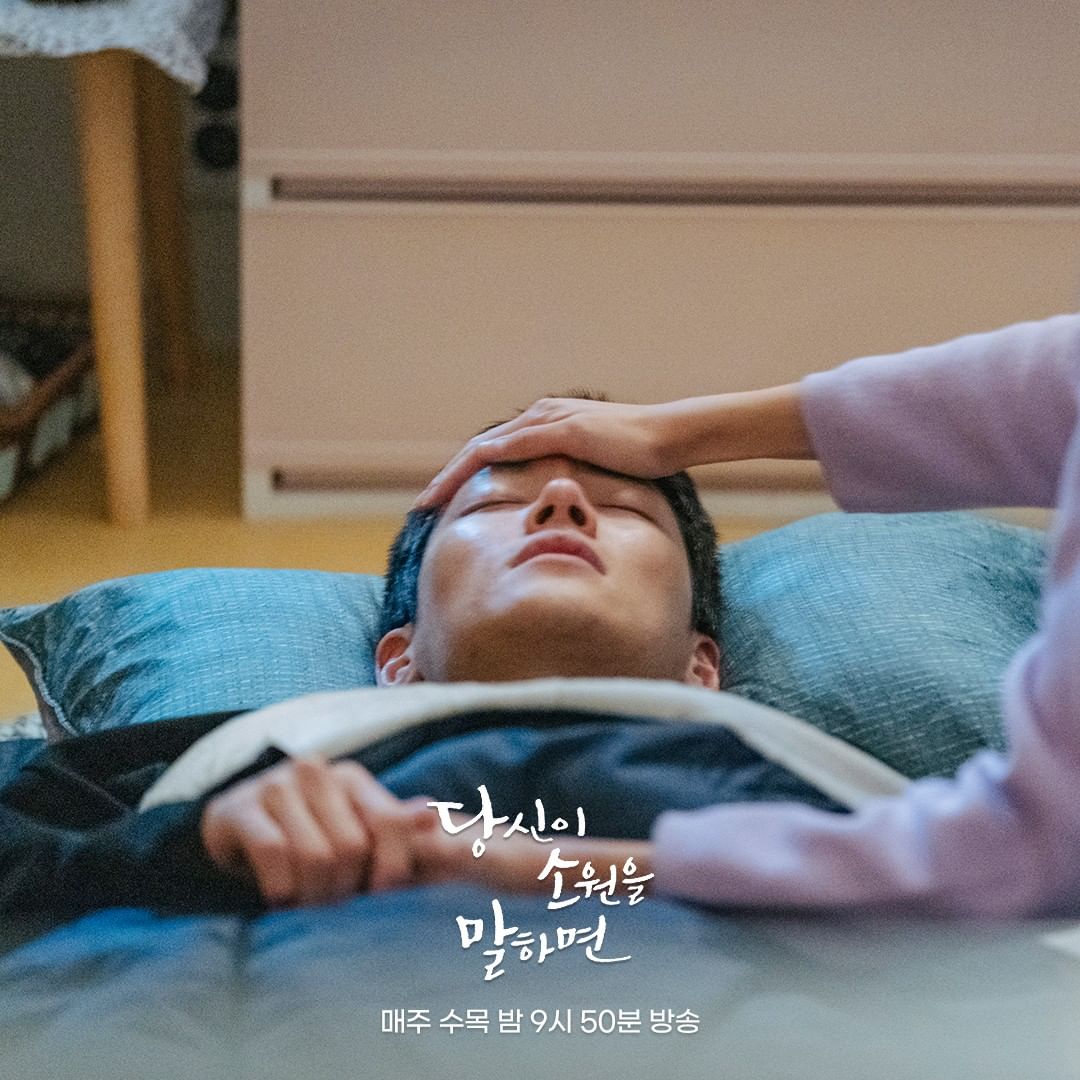 To find out what happens between Yoon Gyeo Re and Seo Yeon Joo, catch the next episode of “If You Wish Upon Me” on August 31 at 9:50 p.m. KST!

In the meantime, catch up on the previous episodes of the drama with English subtitles below:

Previous Post
BTS V’s Experiences At JFK Airport On His Way Back To Korea Was Completely Different From His Arrival : Entertainment Daily
Next Post
Watch: IVE Takes 2nd Win For “After LIKE” On “Show Champion”; Performances By CIX, TRI.BE, And More : Entertainment Daily