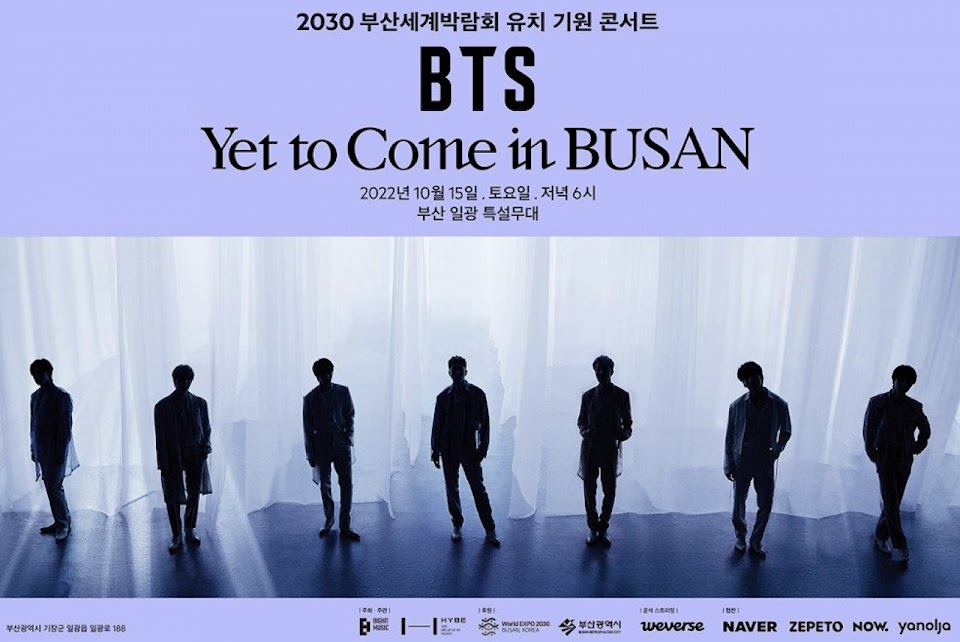 BTS fans have been angered recently by the decisions made by the Busan government surrounding their upcoming free concert. BTS will be soon performing to a crowd of 100,000 people at the World Expo 2030 Busan Korea Concert BTS on October 15, 2022. However, fans believe that the city is unprepared to take on the huge challenge.

Fans have been in uproar thanks to the infrastructural problems surrounding the concert. The government had decided to use the parking lot of a port facility in Ilgwang, Busan, to hold the concert. As the facility is at the far end of Busan, there are only three bridges available between the area and the nearest subway station.

To get there, one would have to use a public bus from the station. Transportation issues aside, the 100,000 people speculated to attend would also face difficulty entering and leaving the venue. The government has proposed entry to the venue to start at 9am, to make sure all 100,000 concert-goers will be in place by 6pm, when the concert starts.

This might not have been such an issue if there were sufficient facilities in the area to cater to the concert-goers. But the area near the port is rather undeveloped at the moment. Without any F&B in the area, concert-goers had been prepared to bring their own sustenance. But the concert rules just released on August 31, 2022, reflected that viewers were not allowed to bring food into the venue.

While fans are able to bring in water and other beverages, all sorts of food and lunch boxes have been banned. Fans are outraged at the “careless treatment” of concert-goers.

Although it is common for concerts to disallow food and beverage on site, it will be challenging for fans who enter early to withstand the wait without food. Even if the organizers set up food trucks around the arena, a 9 hour wait with limited and expensive food and long queues will be hard on the audience.