A CARAT Almost Suffered An Accidental Wardrobe Malfunction And SEVENTEEN’s DK And Mingyu Had The Most Hilarious Reaction : Entertainment Daily 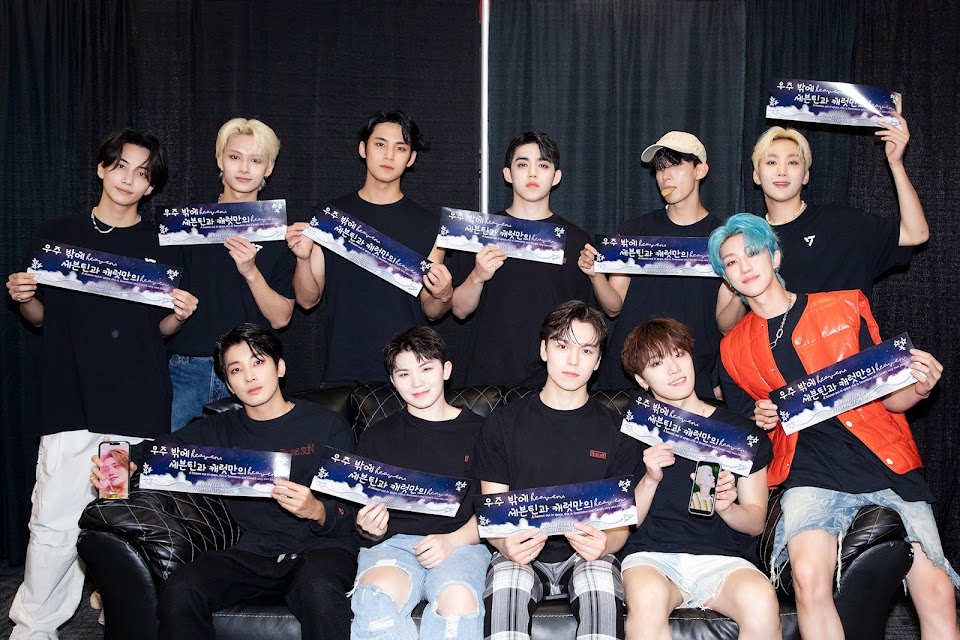 SEVENTEEN‘s ongoing world tour Be The Sun has been what many fans call their best concerts ever. So far, the group have completed 9 out of their 12 North American concert dates.

At the group’s concert in Atlanta there were many iconic moments including two sets of SEVENTEEN members proposing to each other along with the group’s usual concert shenanigans including “Aju Nice”-ing fans.

only seventeen would make carats play rock paper and scissors to win the chance of singing the aju nice high note. so competitive 😅pic.twitter.com/3bYuKlGkXt

During the recent concerts, the group has taken to shining a spotlight on random fans during their performance of “Snapshot” giving fans a chance to directly interact with the group. Fans dressed as tigers and even someone’s father were lucky enough to dance for SEVENTEEN.

This continued for the Atlanta concert, with fans being able to dance and be shown on the big screen for the group to watch. One fan’s “Snapshot” dance made the most hilarious impact on DK and Mingyu!

A CARAT can be seen dancing strongly to the song on the jumbotron before realizing they were close to a wardrobe malfunction and rushed to fix it. DK and Mingyu immediately started laughing so hard at the fan’s reaction that DK topples the two over them over.

The fan quickly recovered and continued dancing like nothing had happened, as a true boss should! Fans have found this interaction absolutely hilarious and on-brand that DK would laugh “at someone else’s misfortune.”

For this lucky fan, you have quite the story to tell as very few people have made their faves laugh this hard!