Song Seung Heon sent Lee Seung Gi a gift to the set of his new drama “Love According to the Law” (literal title)!

Based on the hit web novel of the same name, “Love According to the Law” is a romantic comedy about Kim Jung Ho (Lee Seung Gi), a genius former prosecutor-turned-libertine landlord, and Kim Yu Ri (Lee Se Young), the eccentric lawyer that becomes his new tenant.

On July 6, Lee Seung Gi shared a photo of a coffee truck that Song Seung Heon had sent to the drama set. Lee Seung Gi is posing next to a banner that reads, “I hope everyone finishes filming safely and healthily!” The banner on the top reads, “I hope actor Lee Seungi Gi and all the cast and crew will safely finish filming. I wish you big success!” Lee Seung Gi gratefully wrote, “Thank you, Seung Heon hyung.” 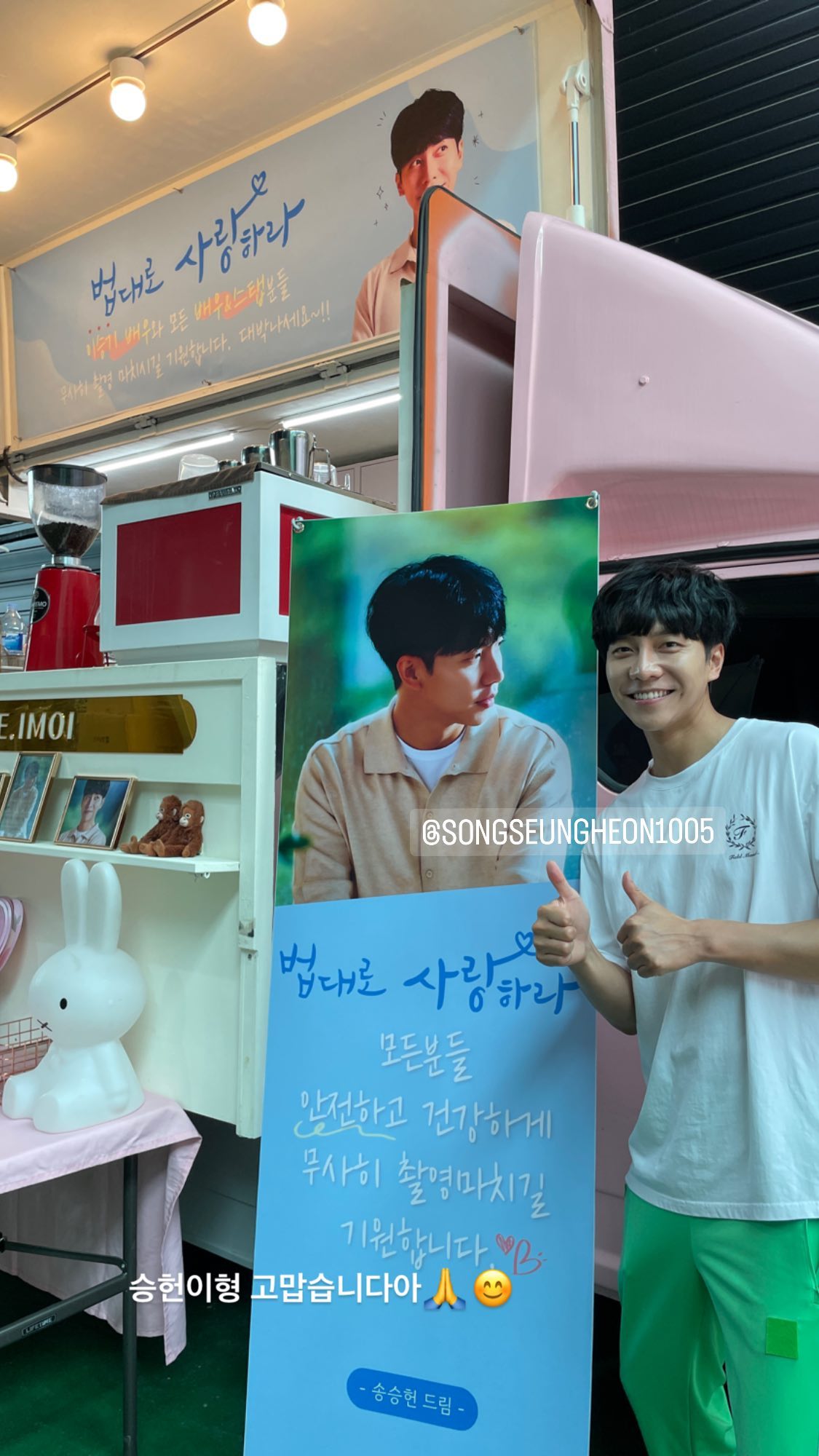