SUPERKIND’s Saejin Is In The Limelight For Being A Virtual Idol, But He Isn’t The First One In K-Pop : Entertainment Daily 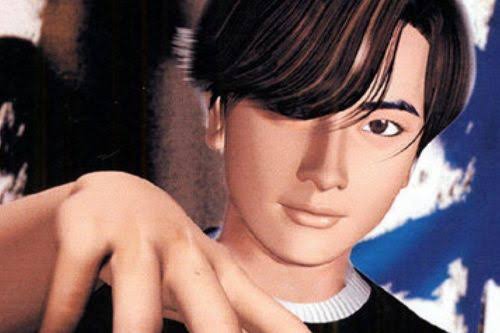 SUPERKIND is a new K-Pop boy group that is gaining significant attention both domestically and internationally because of its unique concept. The group consists of five members; four of them- Geon, Eugene, Sio, and Daemon– are humans. The fifth member Saejin is an AI-powered virtual idol. Though the fascination around this new AI idol is growing rapidly, this isn’t the first time K-Pop has seen a virtual artist.

Saejin’s dance routine. He looks so cool and moves so naturally! And he has a shadow and his shoes reflect on the floor!

Unlike Aespa‘s virtual avatars, who are part of their fantasy-metaverse storyline, these idols are independent identities who are supposed to be humane with their distinct personalities and talents.

Here is a brief overview of the journey of virtual idols in the Korean pop industry:

The first virtual singer in South Korea actually appeared back in the nineties! A company named Adamsoft debuted Adam, a digital singer with a then anonymous voice behind his songs. His debut album Genesis (1998) sold over 200,000 copies. It was followed up by a second album, Exodus (1999). Adam also landed some brand endorsements during this time.

It was later revealed that the voice behind Adam was a voice artist named Park Seung Chul. On his personal YouTube channel, Park has an explanatory video about how Adam was created.

During the time of Adam’s rise, there was a mini spike in interest in virtual artists that led to the creation of similar personas like Lucia and Cyda. But the hype was short-lived, and as the 2000s approached, the K-Pop industry lost most of its interest in such ‘artists.’

In 2018, there was a revival of the fascination around virtual idols with the debut of K/DA. The girl group consists of 4 characters from the game League of Legends, namely Ahri, Akali, Kai’Sa, and Evelynn. The group’s debut was a sensation, especially in the gaming community. But these are not virtual artists who are voiced by anonymous people.

K/DA’s debut song “Pop/Stars” was performed by (G) I-DLE’s Miyeon and Soyeon, Madison Beer, and Jaira Burns. Having these well-known celebrities lend their voices to each of the characters in the song only brought in more traction and public interest in the group. Though the hype seems to have mellowed as their recent song “More” received a mixed reaction from audiences.

Eternity is an 11-member all-AI girl group created by Pulse9. In 2021 the group debuted with a song titled “I’m Real.” All the members in the group are made through a technology called Deep Real developed by Pulse9. This technology combines graphics and deep fake to create unique-looking characters that are realistic-looking.

Though the visual quality of the group is not as sophisticated as Superkind’s Saejin, it seems to be a work in progress. The group released their third single, “Paradise” three months ago.

Apoki is not just a virtual idol- she is a virtual rabbit idol under VV Entertainment. Though she debuted in 2021 with a song called “Get It Out,” she has been posting song covers on YouTube since 2019. There is not much clarity around who is the actual voice behind Apoki. Some speculate that it is U Sung Eun, the runner-up of The Voice of Korea in 2012.

Among all the virtual idols before her, Apoki’s image building as a realistic virtual artist seems to be the most meticulous, despite her “rabbit” persona establishing her non-human existence. Apoki not only has a full-fledged music video but also different versions of her song (choreography version, live version, relay dance version, etc.) like other K-Pop idols!

Rozy is an AI persona that started out as an influencer. She initially gained a lot of attention for her hyper-realistic humane looks, which gained her over $1 million worth of sponsorships. But in February 2022, she released her debut song, “Who Am I,” officially stepping into the arena of the Korean music industry. The voice behind the song is anonymous as of yet.

As virtual technology bolts forward, experts believe it is only a matter of time before the metaverse concept starts to coexist with our reality shoulder-to-shoulder. But given the mixed response from the audience, the survival of virtual K-Pop idols in the current industry structure is still an uncertain possibility.