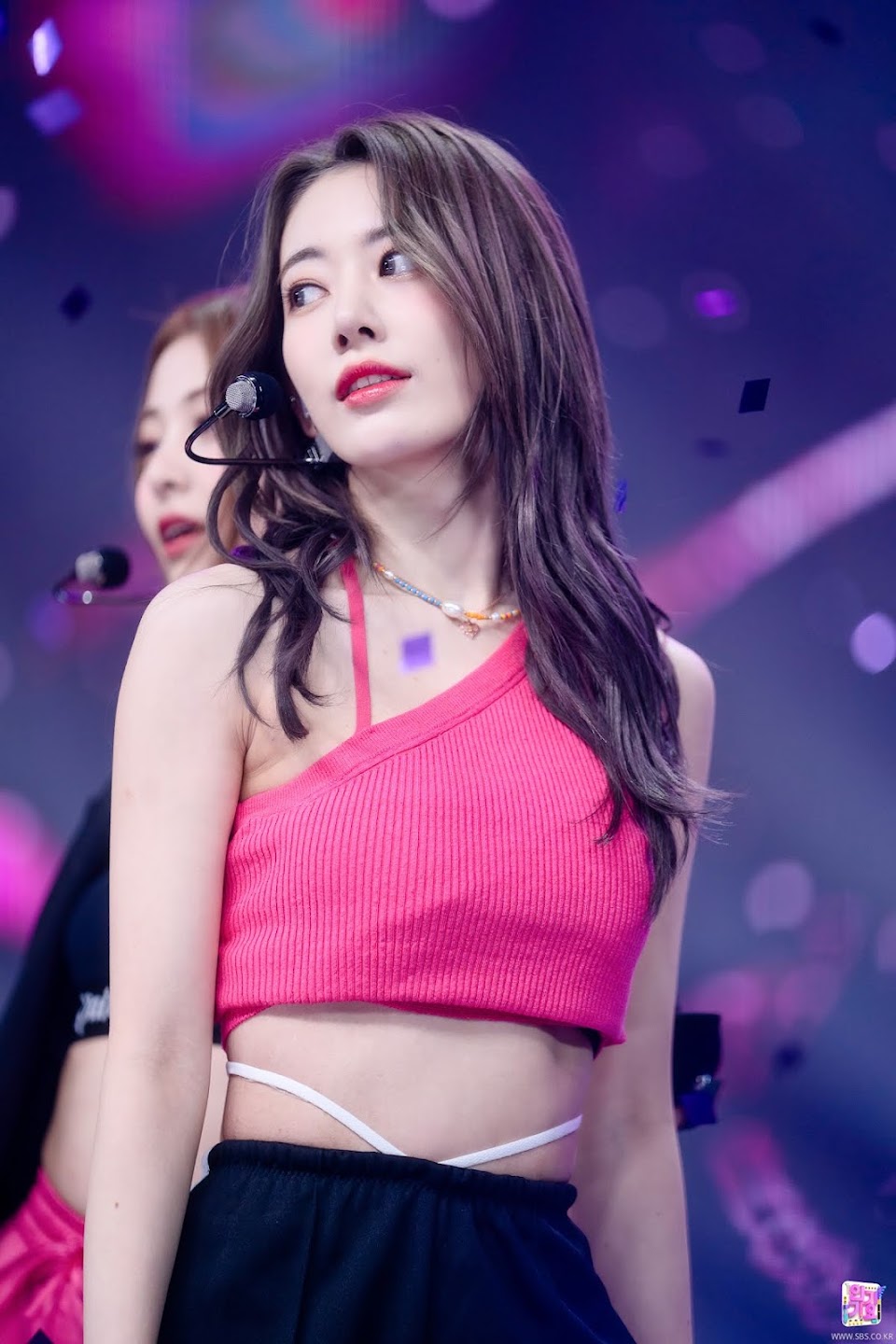 The “under-boob” fashion trend was recently a topic of discussion in K-Pop, and it seems another trend is on the rise that is causing equally mixed reactions. Recently, K-Pop idols have been wearing or imitating the “visible thong straps” trend that was more prevalent in Western fashion in the late 1990s to early 2000s.

Here are nine female K-Pop idols bringing the trend back to life and looking amazing in their respective looks!

Forever ahead of the latest trends, BLACKPINK‘s Jennie wore the mock “visible thong” trend with body chains in October 2020.

TWICE‘s Nayeon wore a lacy version of the trend during her recent solo debut. She rocked the outfit in her “POP!” music video and while promoting on music shows.

On July 22, Momo wore a purple stage outfit for TWICE’s new Japanese single “Celebration” performance on the Japanese music program Music Station. The wrapping around her waist gave the illusion that Momo had joined the trend. The skillful angles added to the illusion.

For more bold looks, check out the 15 Korean celebrities who rocked the “under-boob” fashion trend below!