BIBI Handles Wardrobe Malfunction At The Seoul 2022 WATERBOMB Festival Like The Boss She Is : Entertainment Daily 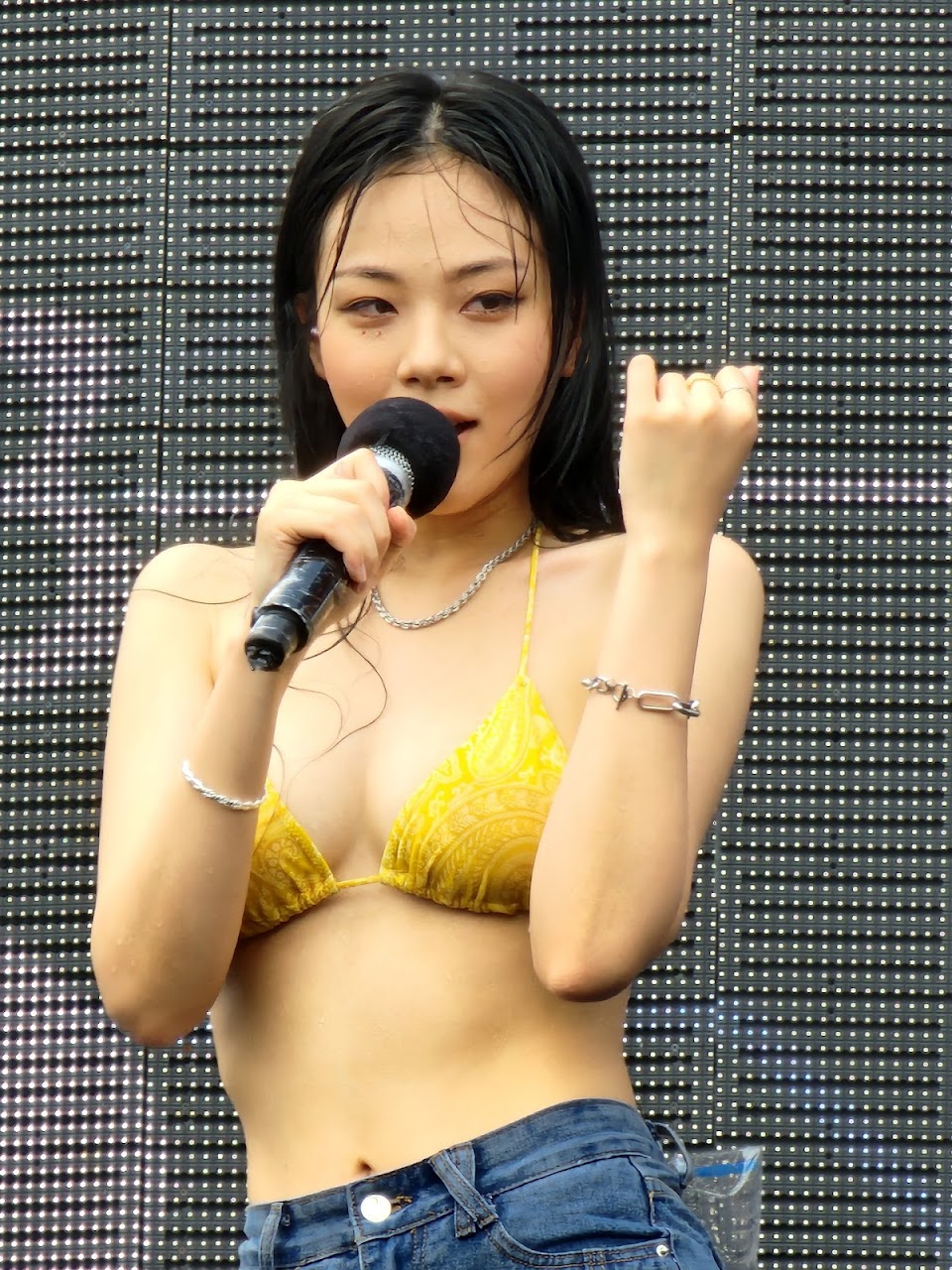 As always, solo artist BIBI (short for nakedbibi) is proving to be a superstar performer!

Over the weekend, Seoul’s annual WATERBOMB Festival returned for the first time since the COVID-19 pandemic with an amazing star-studded lineup, including BIBI.

The fun summer festival lives up to its name as water cannons are used to douse the artists and the audience in water. Along with performing, the artists get into an epic water battle, often resulting in sexy performances, especially as performers opt to wear swimwear on stage.

And with an 18+ crowd, anything can happen that may not under usual circumstances. For example, K-Pop girl group (G)I-DLE performed an explicit version of their hit song “TOMBOY!”

As for BIBI, her performance became slightly explicit but for different reasons.

Originally, BIBI performed in a white T-shirt and denim shorts. Even in a casual look, she looked stunning!

Yet, in mid-performance of “Cigarette and Condom,” she stripped. BIBI removed her T-shirt, revealing a gold bikini top.

After taking off her shirt, BIBI realized that the bikini top strap had come undone. She almost lived up to her original name, “nakedbibi!”

So, BIBI quickly held onto the top before she accidentally flashed the audience. And, she made her way off stage to fix it…

…when she noticed one of her backup dancers to the side! She ran over to him, and soon enough, she had staff to her rescue too.

After getting the top properly secured, BIBI continued the performance like nothing had ever happened. She’s a true professional.

In fact, she came back from it better than ever!

BIBI has a reputation for her sexy performances and fan service, especially at festivals. Previously, she went viral for kissing a fan at Head In The Clouds 2021 (HITC) and giving a fan a lap dance at Korea University‘s 2022 KUrescendo Festival.

Watch BIBI’s full performance of “Cigarette and Condom” at The Seoul 2022 WATERBOMB Festival below:

Previous Post
Jessi Didn’t Know She Was Being Replaced By Sunmi On “Showterview,” But Her Reaction Showcases Her True Personality : Entertainment Daily
Next Post
ARMYs Express Anger At People’s Behavior Towards BTS V’s As He Left CELINE’s Paris Fashion Show : Entertainment Daily