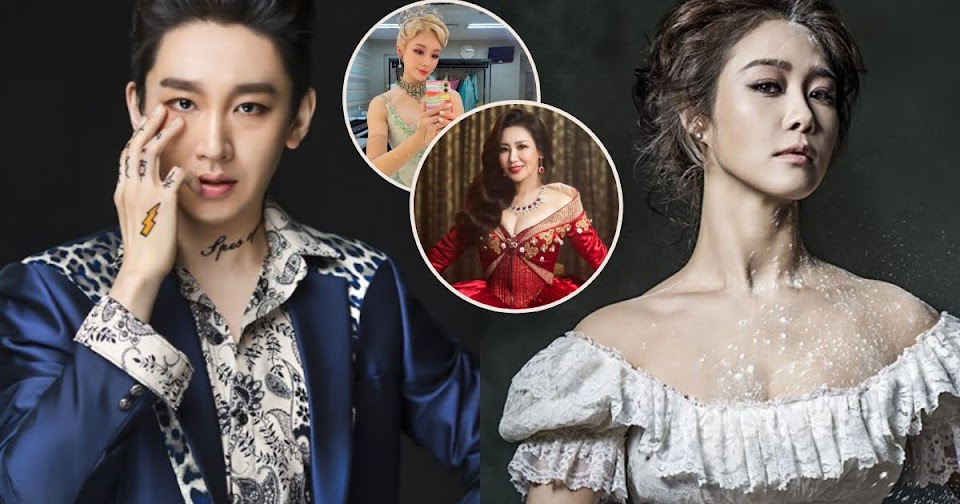 Previously it was reported that there is currently more drama in Korea’s musical theatre industry off the stage than on one.

To recap, first-generation K-Pop idol Ock Joo Hyon of the legendary group Fin.K.L was called out by her once best-friend musical theatre actor Kim Ho Young.

Kim Ho Young insinuated on his Instagram that the former idol influenced the casting of the upcoming Musical Theatre Drama Elizabeth so that producers cast those closest to her.

Netizens were especially shocked at Jung Sun Ah unfollowing Ock Joo Hyon since she is known as one of the first musical theatre actors to embrace Ock Joo Hyon when she first started to appear in musicals.

But before that, it is important that readers understand a uniquely Korean social dynamic in play regarding sunbaes and hoobaes. Sunbae means someone who has come before one in a specific industry, such as in a profession, industry, or school. Hoobaes are those that come after one. In Korean society, it is expected that Sunbaes lead and guide and for hoobaes to follow and learn to become good sunbaes to hoobaes of their own.

The actors start by expressing their remorse for the current situation between actors.

The actors then emphasized the importance of transparency and cohesiveness among all parties involved in musical theatre.

For one musical theatre show to meet audiences, there is so much work that must be done, and it is important that we upkeep decorum within our roles.

The actors then described each party necessary for a successful show and the roles they must fulfill.

1. Actors must work tirelessly to express their creativity and concepts. The ensemble is most important for a show’s success, so actors must love and respect one another, helping to create a positive environment.

2. Staff must facilitate space and an environment for the actors to practice, as well as create the best stages for actors. It is important to listen to actors, but staff must maintain objectivity as to avoid favoring one actor over another. Also, staff must treat all actors fairly and work to keep the safety of actors on stage.

3. Production teams must keep the promises to actors and not make promises they are unable to keep. They must treat all staff and actors fairly and work tirelessly to create an environment in which everyone involved in the show can take pride.

Nam Kyung Joo, Choi Jung Won, and Kolleen Park then went on to take responsibility for the current breakdown of roles and vowed to work hard to rebuild them.

The current state of the industry is due to the breakdown of these roles. To this end, we sunbaes are to blame for neglecting them ourselves.

We will no longer just watch the desecration of the stage we’ve worked years to protect. We will work hard to stop unfair practices and fix them.

The first-generation actors then asked for their fellow colleagues and co-workers to join them in rebuilding the industry.

We ask that all those involved in the musical theatre industry join us. Only when we do the work will we be able to put on a great show that we can be proud of.

Many of musical theatre’s biggest stars pledged to help, including the aforementioned Jung Sun Ah, actor Choi Jae Rim, and arguably the industry’s most recognizable actor Kim So Hyun.

Legendary musical and rising film actor Cha Ji Yeon made news when she made an Instagram account just to take part in the pledge.

Not lost on netizens was 2AM Jo Kwon‘s public support for the actors. The former idol wrote his support on none other than musical theatre actress Jung Sun Ah’s feed.

As your musical theatre hoobae, I agree with my sunbaenim‘s words, and I am rooting for you, encouraging you, and love you. (sic)

Jo Kwon publicly taking Jung Sun Ah’s side is significant as although he is now flourishing as a musical theatre actor, he is the direct hoobae of Ock Joo Hyon.

Netizens applauded the actors coming together. In a viral post that has been viewed over 450K times, netizens expressed their approval.

Previous Post
Filipina-Argentinian Lapillus Member Chanty Spills On Her K-Pop Inspirations, Including Her Love For BTS : Entertainment Daily
Next Post
Netizen Shares Heartwarming Story Of BTS V’s Friendship With Park Bo Gum While The Actor Was In The Navy : Entertainment Daily