Based on the popular web novel of the same name, “Café Minamdang” is a comedy-mystery starring Seo In Guk as Nam Han Joon, a fraudulent male shaman who used to be a profiler, and Oh Yeon Seo as Han Jae Hee, a detective in the violent crimes unit who is passionate about justice.

The two characters are posing against the backdrop of a setting that is reminiscent of a shaman. Han Jae Hee stares ahead with a serious expression, while Nam Han Joon has a mischievous smirk on his face. The text on the poster reads, “A shaman? You must be kidding me. You’re definitely hiding something!” This gives a hint about their relationship as well as raises interest for their polar chemistry. 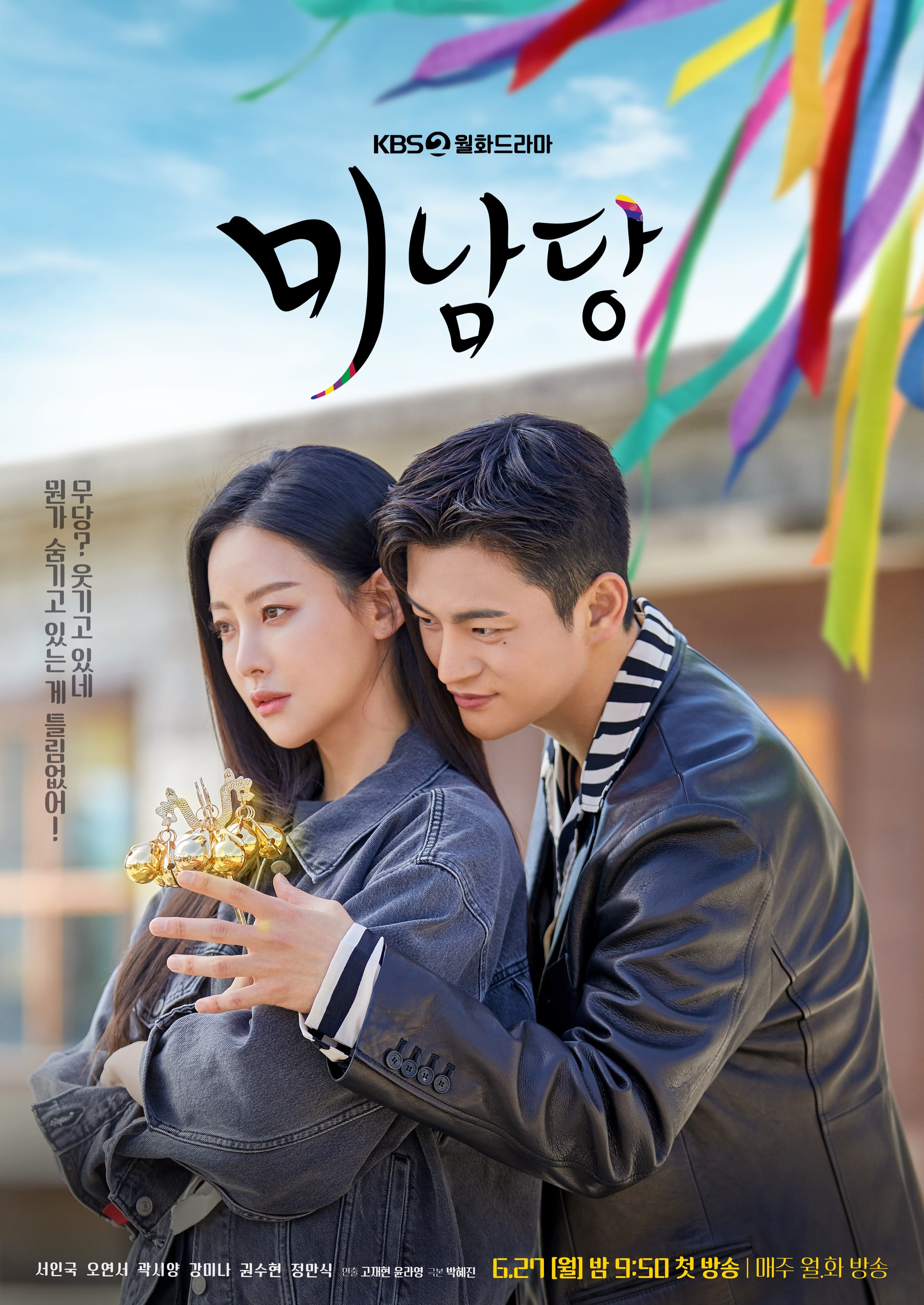 Nam Han Joon and Han Jae Hee will show stark differences in the investigation process, but they will solve the cases in a reckless yet calm manner, so drama fans are looking forward to how the fraudulent male shaman and detective will get justice together.

“Café Minamdang” will premiere following the conclusion of “Bloody Heart” on June 27 at 9:50 p.m. KST.