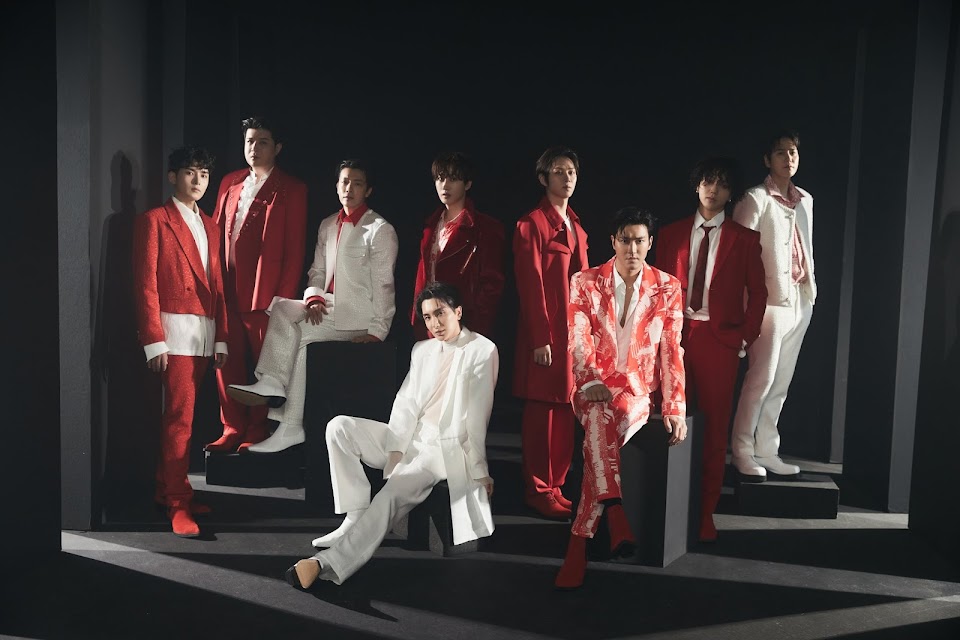 Super Junior debuted 17 years ago on November 6, 2005. The group recently announced they will be returning on July 12 with their eleventh full-length album.

The longtime idol group under SM Entertainment paved the way for future idol groups in many ways over their long careers.

Here are five of the ways Super Junior led the way for future K-Pop groups.

1. First group to normalize a large number of members

Hangeng faced difficulties promoting early in his debut due to restrictions related to his Visa. At the time, he was only permitted on certain broadcast channels. To be able to perform alongside the group, Hangeng wore a mask onstage until the restrictions were lifted.

Hangeng left the group in 2009 and focused his promotions in China, where he continued his music career and became a successful actor. Hangeng married actress Celina Jade in 2019 and recently announced they’re expecting their first child.

Sub-units in K-Pop groups are a great way for members to try out musical styles that differ from their group’s typical releases. They can also help the group stay active when not all of the members can participate in promotions. Over the years, there have been many successful K-Pop subunits such as Orange Caramel (a subunit of After School), Girls’ Generation-TTS (a subunit of Girls’ Generation), and GD & TOP (a subunit of BIGBANG), to name a few.

SM Entertainment has expanded the idea of subunits for many of its groups, such as NCT, EXO, and Girls’ Generation. The first K-Pop subunit can be traced back to their own group, Super Junior. In 2006, Super Junior members Kyuhyun, Ryeowook, and Yesung formed Super Junior K.R.Y, a group that featured Super Junior’s three main vocalists.

Super Junior formed their subunit, Super Junior M, in 2008. The group was not only going to focus their promotions in China with songs sung in Mandarin Chinese, but they also added two new members to the group.

Super Junior M consisted of Super Junior’s Hangeng as the leader, Siwon, Donghae, Kyuhyun, and two new members, Henry and Zhou Mi. The announcement of this group was not initially received well by fans in Korea; they feared the new members would take away from the attention the original members were receiving. SM Entertainment released an official statement clarifying that Henry and Zhou Mi would exclusively promote with Super Junior M.

A month after the new group debuted, they won “Asia’s Most Popular New Group,” at the 2008 Music King Awards in Macau. They also guest-starred on Chinese variety programs, where they consistently pulled in high viewer ratings.

T-ara credited Super Junior for helping to pave the way for K-Pop groups to promote in China.

5. The song that “changed K-Pop forever”

In 2009, Super Junior released “Sorry Sorry” on their album of the same name, which was described by MTV as the song that “changed K-Pop forever.”

K-Pop had been slowly making its way into Western media. In 2008, the Wonder Girls became the first K-Pop group to have a song on the Billboard‘s Hot 100 chart with their hit single, “Nobody.” When Super Junior released “Sorry Sorry,” the song became an instant success.

The song landed Super Junior at the number one spot on music charts across Asia. It led to many dance covers, including a video of inmates dancing to the song in the Philippines that went viral.

Thanks to Sorry, Sorry, Super Junior won “Record of the Year” at the 24th Golden Disk Awards. The popularity of the song and dance helped spread interest in K-Pop in ways that were harder to achieve before the help of social media. Many K-Pop groups still cover “Sorry Sorry” to this day.