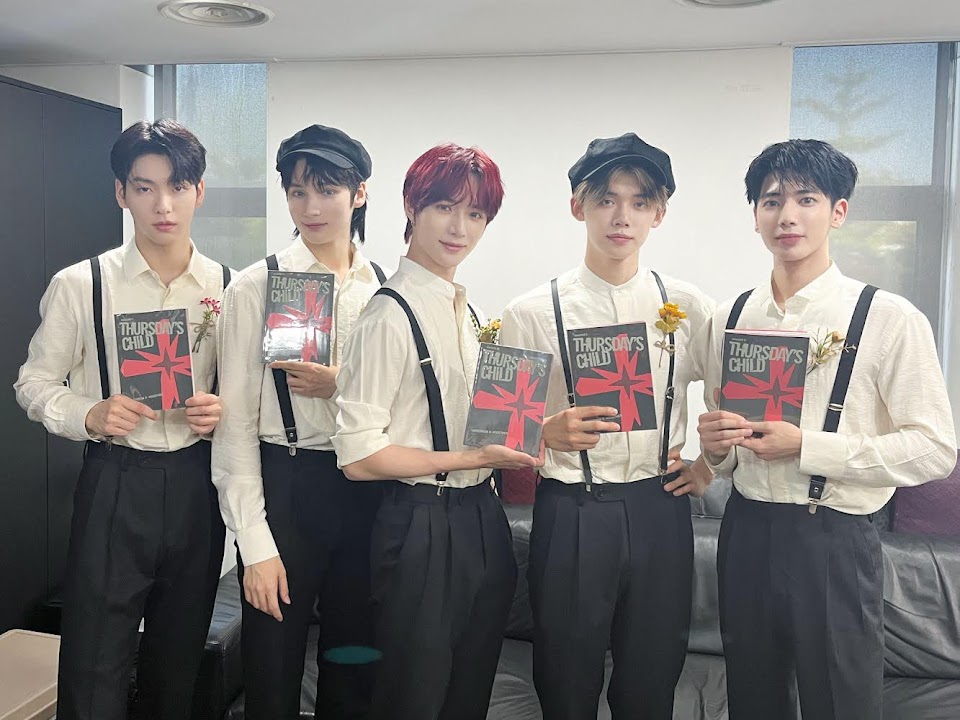 TXT uploaded a behind-the-scenes video to their official YouTube page to commemorate the end of the group’s “Good Boy Gone Bad” promotions.

The members shared that although their promotional period was shorter than they wanted, they were glad to see their fans in person again.

As they wrapped their last stage on Inkigayo, Yeonjun had the opportunity to surprise his fellow Inkigayo hosts, actress Roh Jeong Eui, and actor Seo Bum June. The trio has been adorably nicknamed, “Jjunijjun.”

TXT’s video showed Yeonjun hard at work preparing the surprise. He decorated a room backstage and laid out small gifts for the other two members of the Jjunijjun trio.

The end result looked amazing, but the behind-the-scenes clips showed Yeonjun hilariously struggling with the decorations.

After setting everything up, it was revealed that Yeonjun purchased the supplies and gifts with his own money.

He also made sure to include gifts for the Inkigayo staff who work hard and take care of him every day. Yeonjun shyly received a round of applause from the team for his grand gesture.

For the gifts, Yeonjun had prepared Americanos with a label that read, “Jjunijjun is love…,” and customized macarons with the faces of the Inkigayo hosts.

Soobin and Hueningkai were impressed by Yeonjun’s thoughtfulness while they checked out the gifts. As they marveled at the macarons, leader Soobin made sure to eat one with Yeonjun’s face.

Yeonjun’s kind gesture to those around him whom he appreciates shows his true personality. You can view the full video below to check out other fun moments!