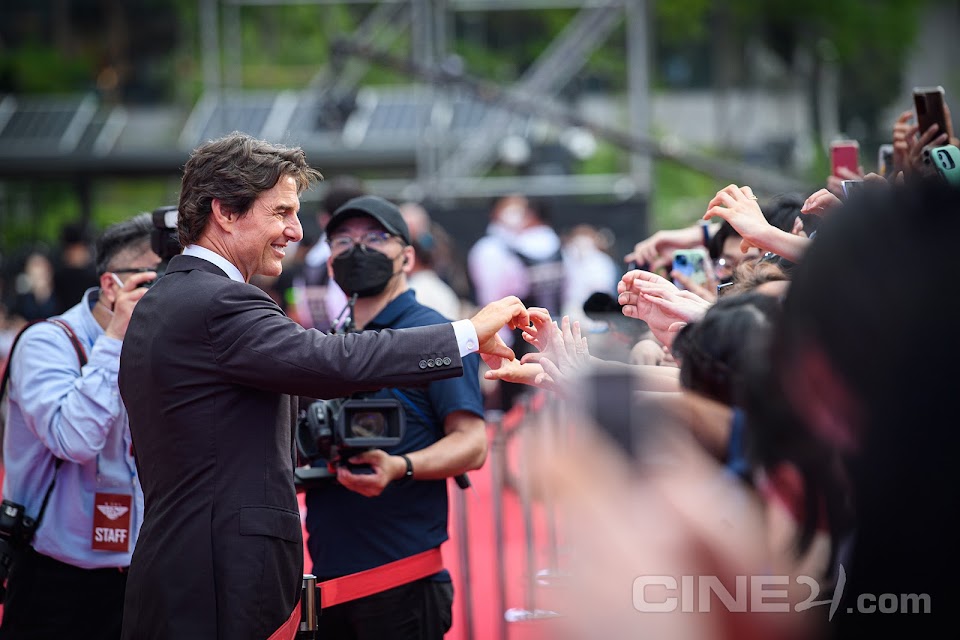 And in celebration of the release, as well as in appreciation of the visit, the event organizers presented the Top Gun: Maverick cast with some unique gifts!

As soon as they opened the gift boxes and found Asiha brand’s “gonryongpo” (or “Dragon Robe”) style bomber jackets inside, the cast wowed with excitement.

A gonryongpo is a traditional attire worn by royal kings of the ancient Korean dynasties, though the design of this hanbok is rather familiar to international fans as well, thanks to historic K-Dramas.

The cast tried on their gifts—the filmmaker in red, Tom Cruise in blue, and the co-stars in white—and even posed in what Miles Teller called a “K-Pop idol” pose.

Seeing the gifts, Koreans praised the event organizers for putting together something so unique and thoughtful…

…and complimented how good the movie stars look in the gonryongpo bombers!