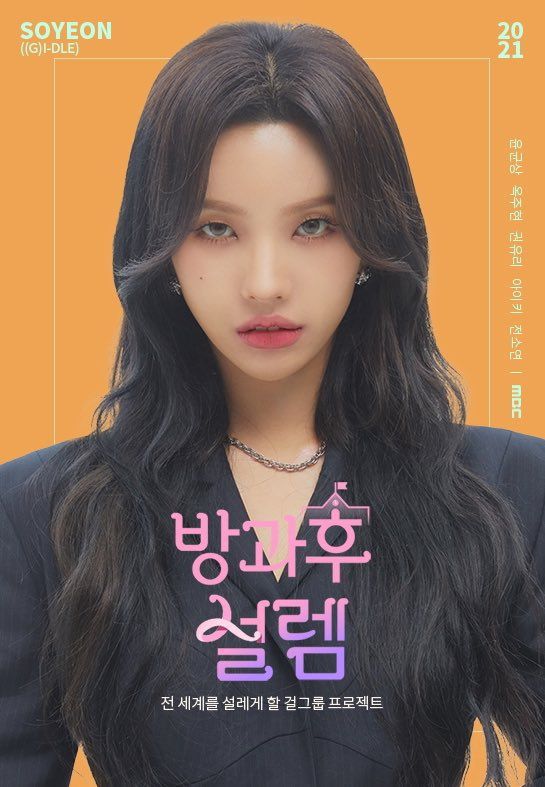 Back in February 2022, (G)I-DLE‘s Soyeon produced a song titled “SUN” for MBC‘s TV competition program My Teenage Girl—to be performed by a team of contestants during the finale. Soon after the performance, however, ATEEZ fans pointed out the similarities between the boy group’s 2019 hit track “WAVE” and My Teenage Girl‘s “SUN.”

ATEEZ fans took to social media and reported the similarities to KQ Entertainment. Later, the agency addressed the situation with an official statement—explaining that while the original producer Eden-ary had been properly credited, neither Soyeon nor MBC had previously reached out for permission to sample the song.

As the company was monitoring the [plagiarism] issue, we discovered that a member of our producing team, Eden-ary, was eventually listed in the credits for ‘SUN.’

We want to clarify that no previous discussion had taken place with the company or Eden-ary. In hopes of respecting the creators and their unique works, and in hopes of  preventing/correcting the spread of misinformation, we ask everyone to please refrain from making any unreasonable assumptions regarding the issue.

Following KQ Entertainment’s statement, CUBE Entertainment also addressed the plagiarism accusation—explaining that the agencies have attempted to amend the situation. Soyeon, too, personally admitted the similarities in an online post and stated that she “sincerely apologize to the original composer, the artist, and fans for the confusion caused.”

Hello, this is CUBE Entertainment. We would like to explain what happened on MBC’s My Teenage Girl regarding the song ‘SUN’ by (G)I-DLE’s Soyeon. First, we sincerely apologize for the concerns caused by the production of the song ‘SUN.’ Following the broadcast, in monitoring the episode, we recognized some of the similarities in the two melodies.

We would like to deeply apologize to the original composer, for adding the name to the song credits without coming to a full conclusion on the matter. We promise this will never happen again. Thank you.

That being somewhat resolved, “SUN” became available on streaming platforms and the public’s interest in the situation faded. Fast forward to June 2022, though, the song is being questioned again—this time by a Twitter user who found it listed with the Korean Music Copyright Association (KOMCA).

User @atzyh_hwasu attached screenshots of the song “SUN” being credited and copyrighted to Soyeon, calling out the girl group member for “monetizing off a plagiarized song.”

I understand the song being made available for streaming, because I know there are fans of the contestants who recorded the song. But copyrighting a plagiarized song and monetizing off it is not right. The song had not been listed with KOMCA until now. But I see it has been copyrighted.

Captioning one of the screenshots displaying details of the song’s copyright with KOMCA, the user also pointed out that Soyeon listed herself as one of the backup singers—hence claiming full rights to the production and the performance of “SUN.” By claiming ownership of “SUN,” Soyeon can—technically— make licensed revenue through any and all use of the song.

[Soyeon] is also listed as one of the performers of the song as a backup vocal. I wonder if she thinks everyone forgot this is a plagiarized song…

I looked it up right around the time ‘TOMBOY’ was released. Back then, [SUN] was not listed with KOMCA or the Federation of Korean Music Performers (FKMP). ‘TOMBOY,’ which came out after ‘SUN,’ was listed. So I assumed she won’t be copyrighting the plagiarized song at all. But here we are…

Since @atzyh_hwasu’s tweets began circulating around online communities, Korean K-Pop fans have voiced both curiosity and criticism regarding the series of events leading up to the KOMCA certification.

Some have questioned if, based on how “SUN” has now been copyrighted—especially without any mention of Eden-ary, the agencies (and the artists involved) might have reached an agreement behind the scenes. Others have dubbed Soyeon’s behavior as “shameless.”

Neither Soyeon nor the agencies involved have yet responded to the growing concerns.