The new teaser poster captures Gyeo Ul and Yeo Reum exhaustedly leaned up against a wall in their school uniforms, covered in bruises and bloody wounds. By their feet is a big gun, which doesn’t suit the environment of the high school students.

The poster reads, “I thought it’d be pink. No, it was pink.” The unusual caption embodies the mystery of the two characters’ ironic relationship and the dangerous situation they’re faced with. 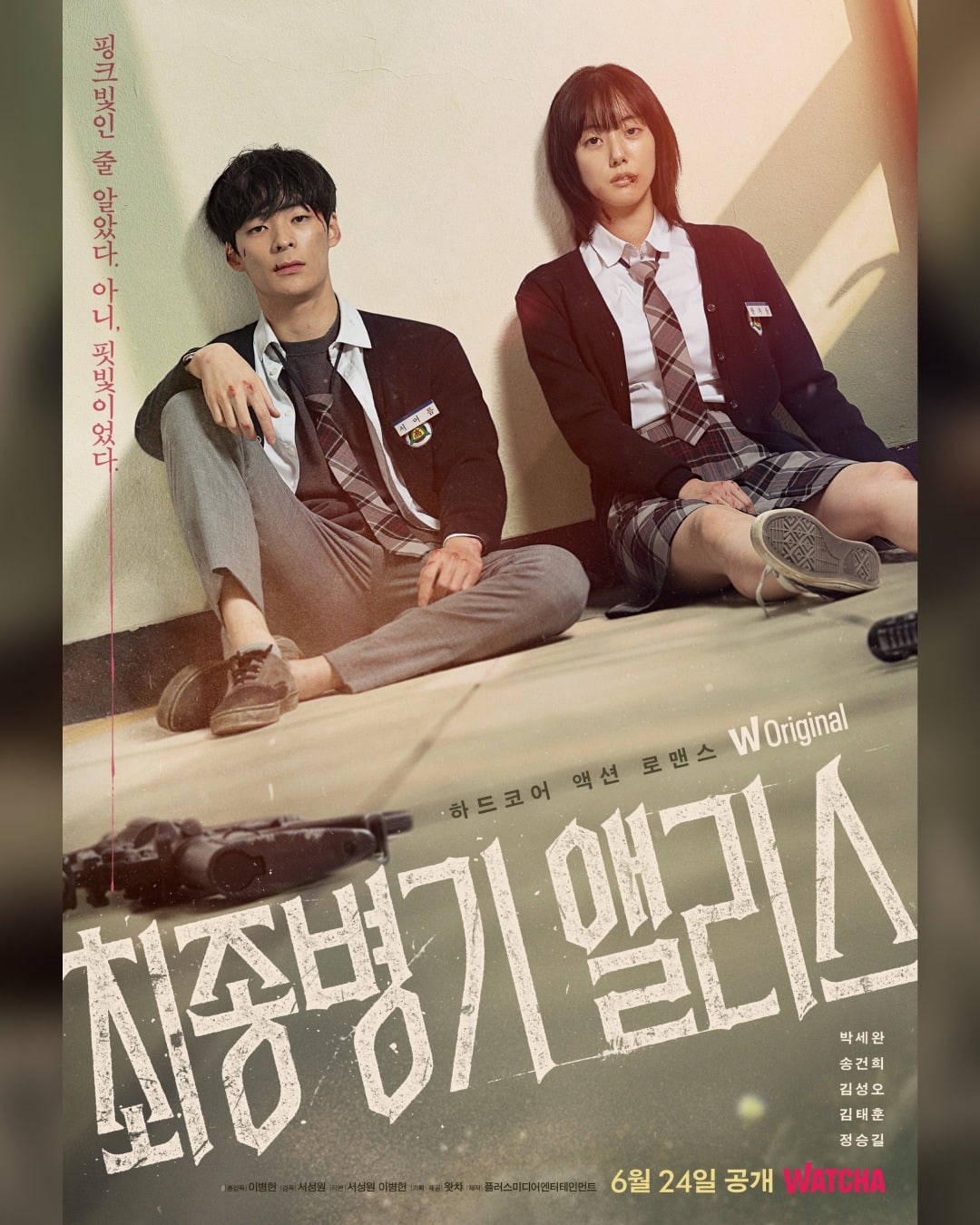 In “Ultimate Weapon Alice,” Park Se Wan stars as born-to-be killer Gyeo Ul, who is otherwise known as Alice. From the outside, Gyeo Ul looks like your typical high school student, but she is actually a mysterious transfer student who has escaped from a world of killers.

Song Geon Hee stars opposite Park Se Wan as the handsome weirdo Yeo Reum who has managed to keep their school calm with non-violence. Due to a past trauma, Yeo Reum initially struggles a lot, and after meeting Gyeo Ul, he is faced with a wide variety of unpredictable scenarios, including being chased by a criminal organization.

Hardcore action romance drama “Ultimate Weapon Alice” will premiere on June 24 and air every Friday for a total of eight episodes.