Honey Lee Talks About Filming “One The Woman” Action Scenes While Pregnant, Her Recent Personal Growth, And More : Entertainment Daily

Honey Lee has posed with her beautiful baby bump for Vogue Korea!

In the accompanying interview, the star spoke about why she agreed to this special photo shoot. Honey Lee shared, “I wanted to show that women’s bodies are this miraculous. At the same time, I wanted a new direction that isn’t typically seen.”

She continued, “I started with getting rid of that fixed perspective of a given role. I mean stuff like how pregnant women can wear what they want and view themselves as sexy. I don’t intend to convey some kind of ambitious message, but I think I could become a bit of encouragement to those going through the same situation.” 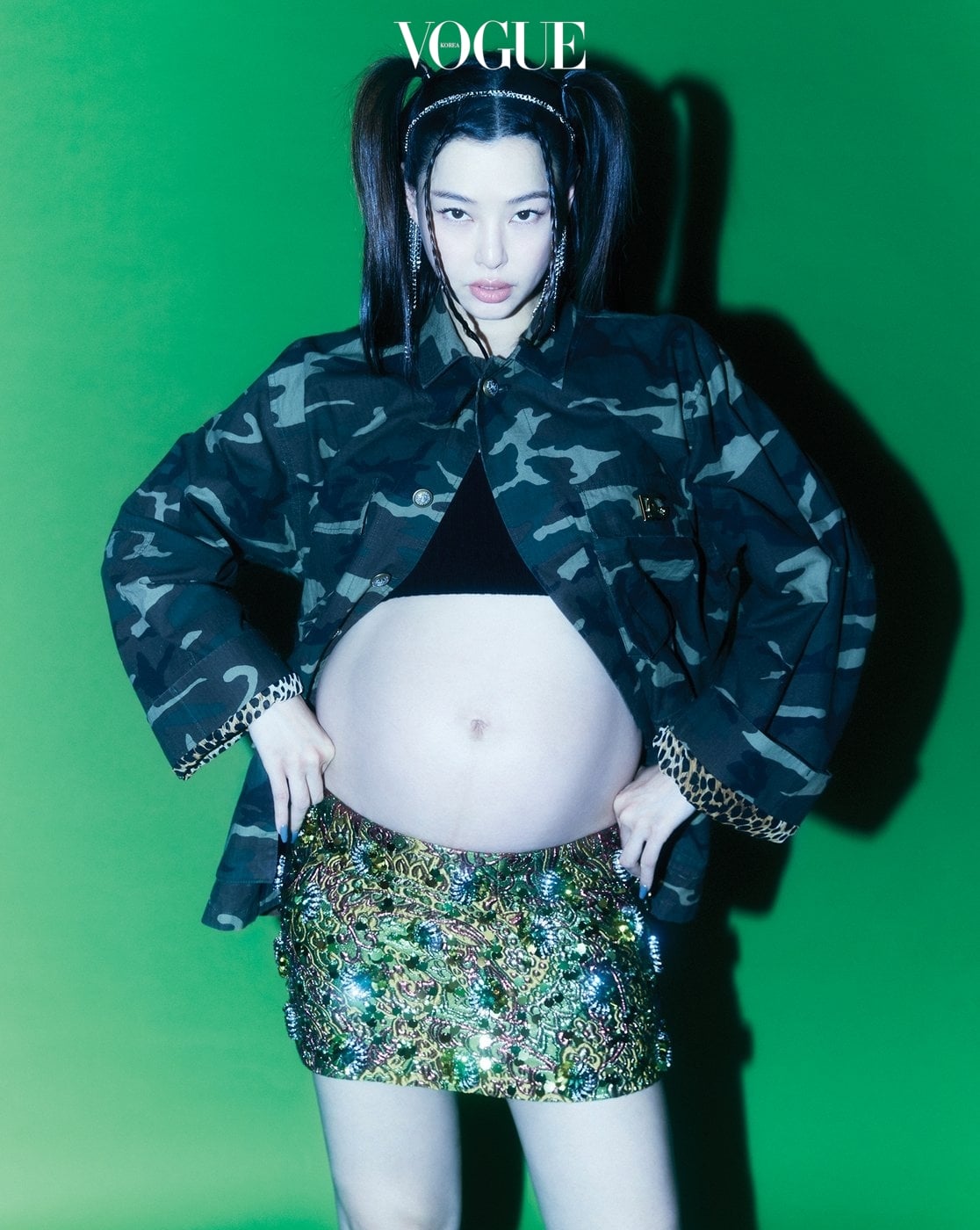 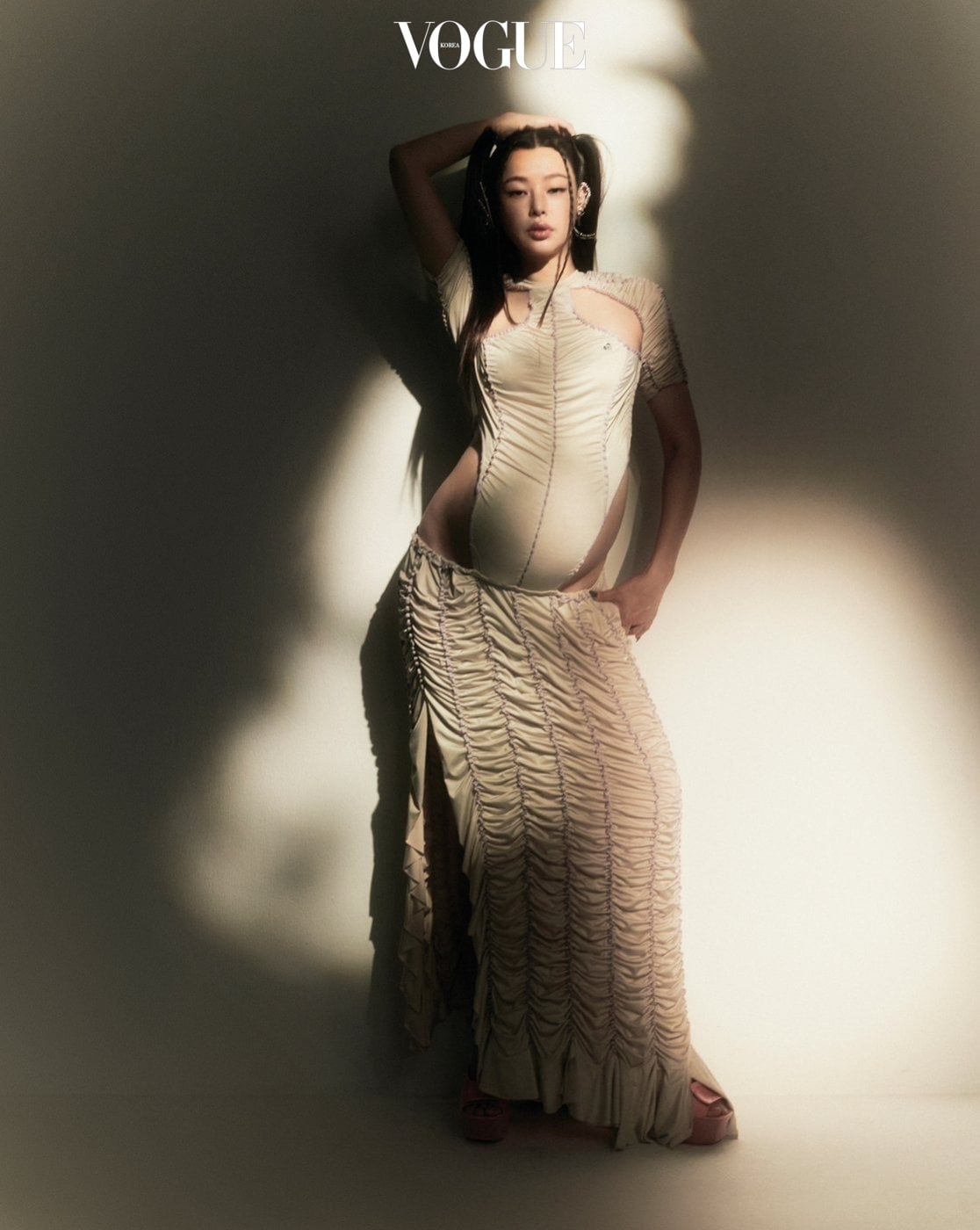 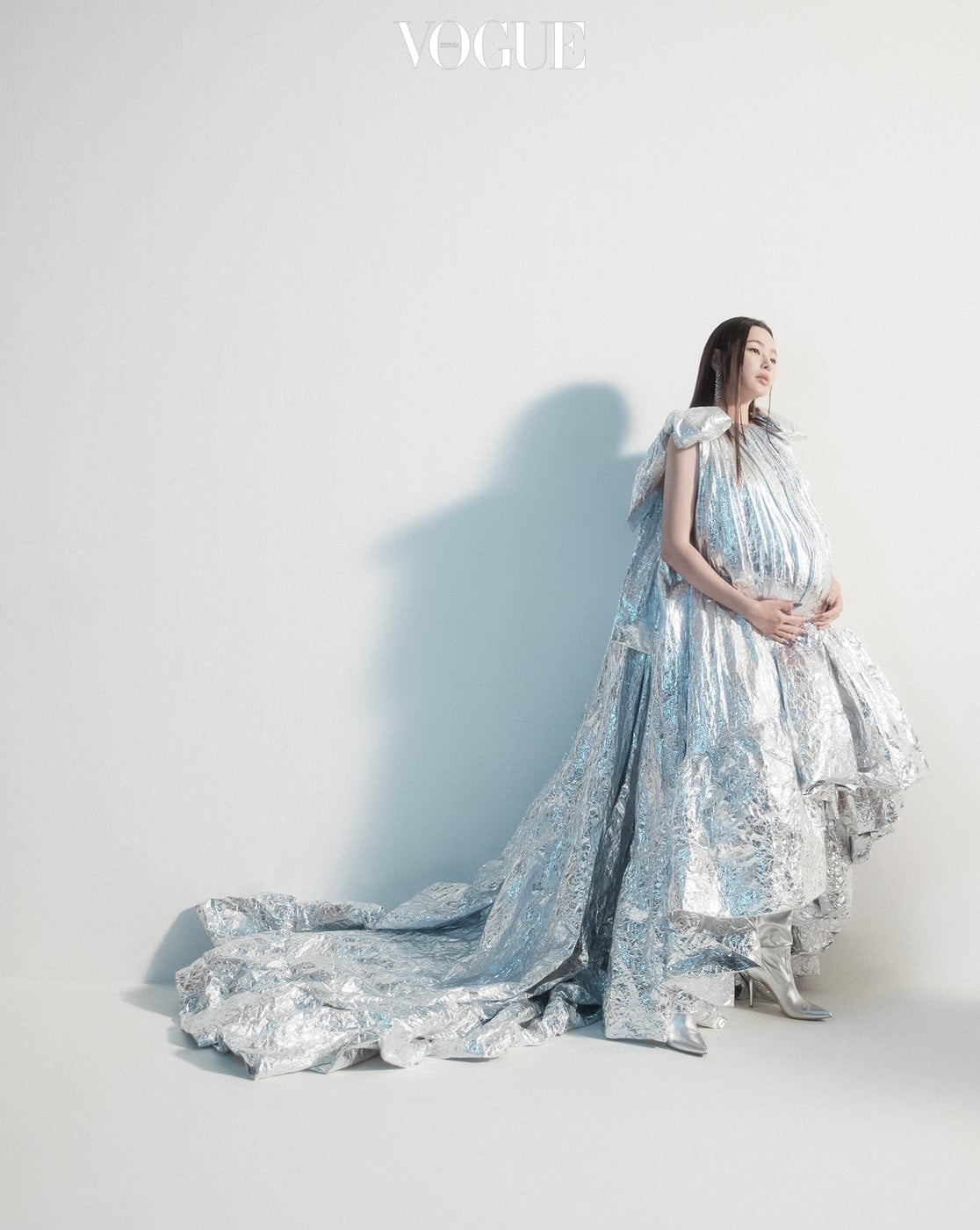 Honey Lee also talked about the growth she’s experienced throughout pregnancy, saying, “I’ve already learned a lot and I bet I’ll grow more once I give birth. Not too long ago, I ordered a baby closet. Even though I chose a non-toxic one, I suddenly found myself taking out each drawer, washing them with soap, and wiping them down with alcohol swabs. Then I re-folded and organized the baby’s clothes one-by-one, which took about five hours.”

She continued, “I was incredibly surprised at the fact that I could do something I don’t even do for myself, solely for another person. It felt like I was preparing well to welcome a new life.”

In addition to Honey Lee’s body changing, she explained that her fashion was changing too. “The fact that my pants suddenly weren’t closing was so flustering and funny that I even uploaded it to social media,” Honey Lee commented. “The puffy dress I wore today is basically my uniform. However, I still haven’t worn maternity clothing. I’m not saying it’s not pretty, but I’m not willing to wear clothes that are solely meant for pregnant women.” 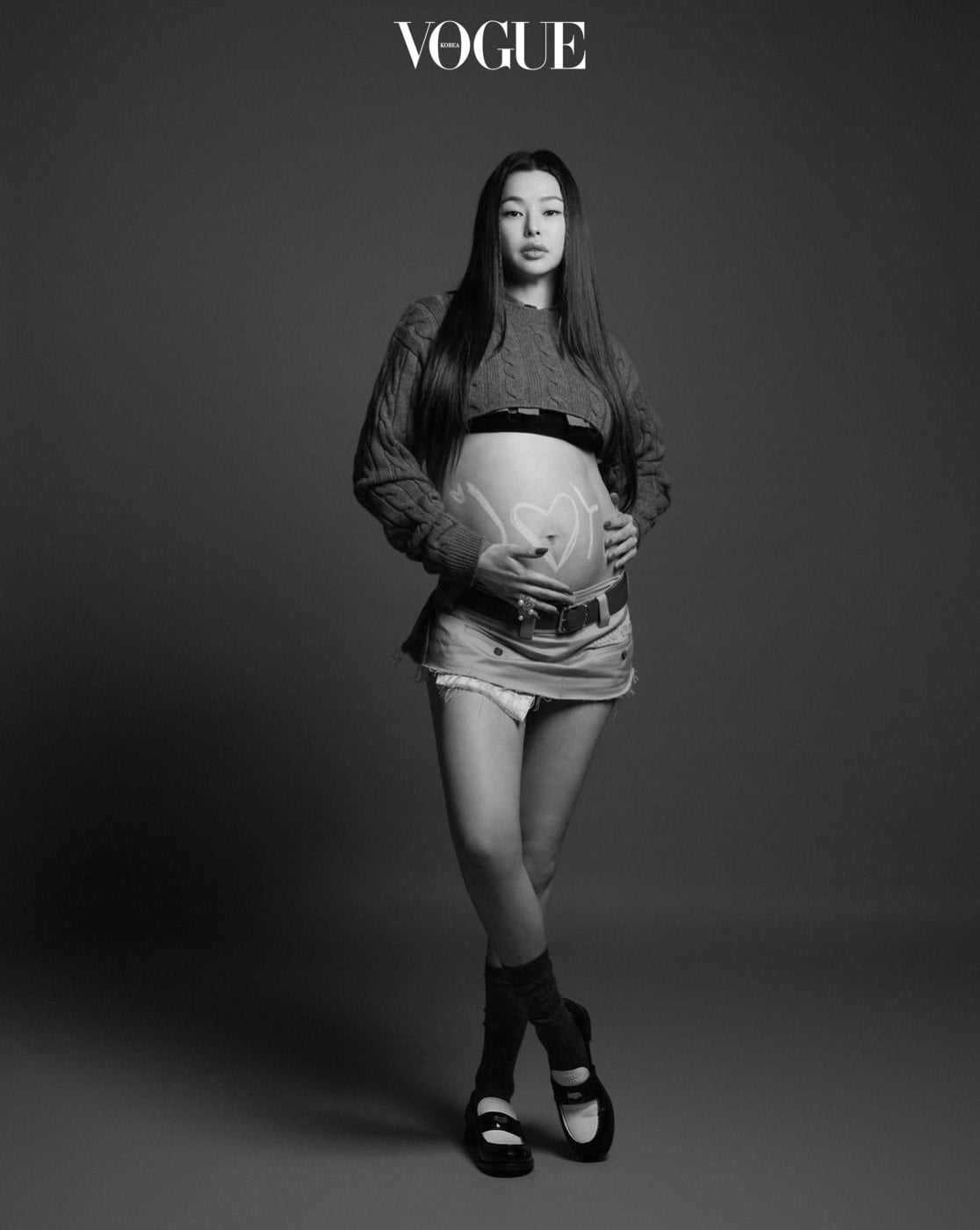 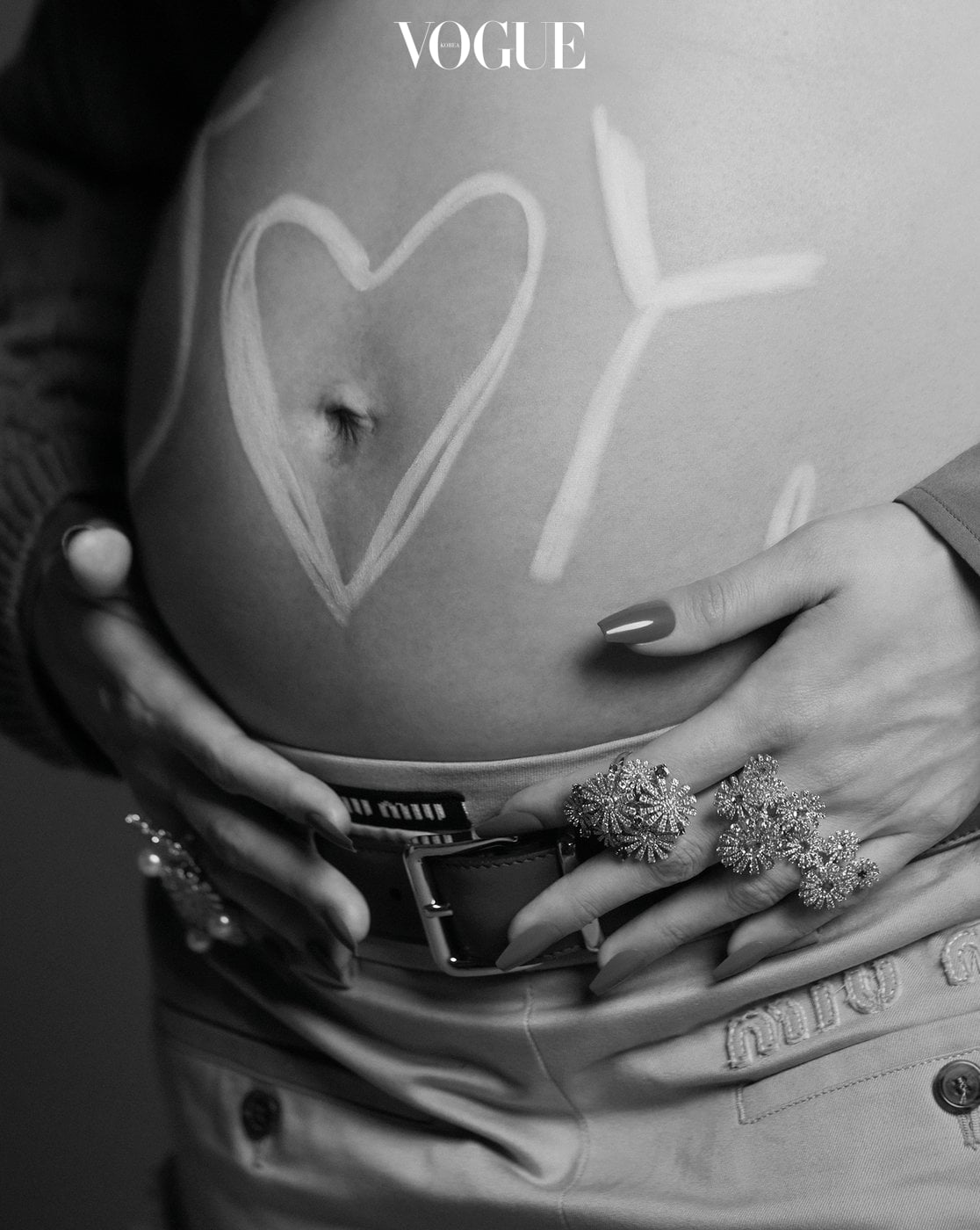 Honey Lee found out she was pregnant while filming her last drama “One the Woman.” She revealed, “I filmed action scenes even while pregnant. I really wanted to faithfully fulfill my role as an actress and I also thought that through this strong prenatal education in a safe environment, I’d be able to give birth to a ‘wonder woman’ or ‘wonder man.’ Since we overcame all that, won’t I give birth to a really healthy baby?” 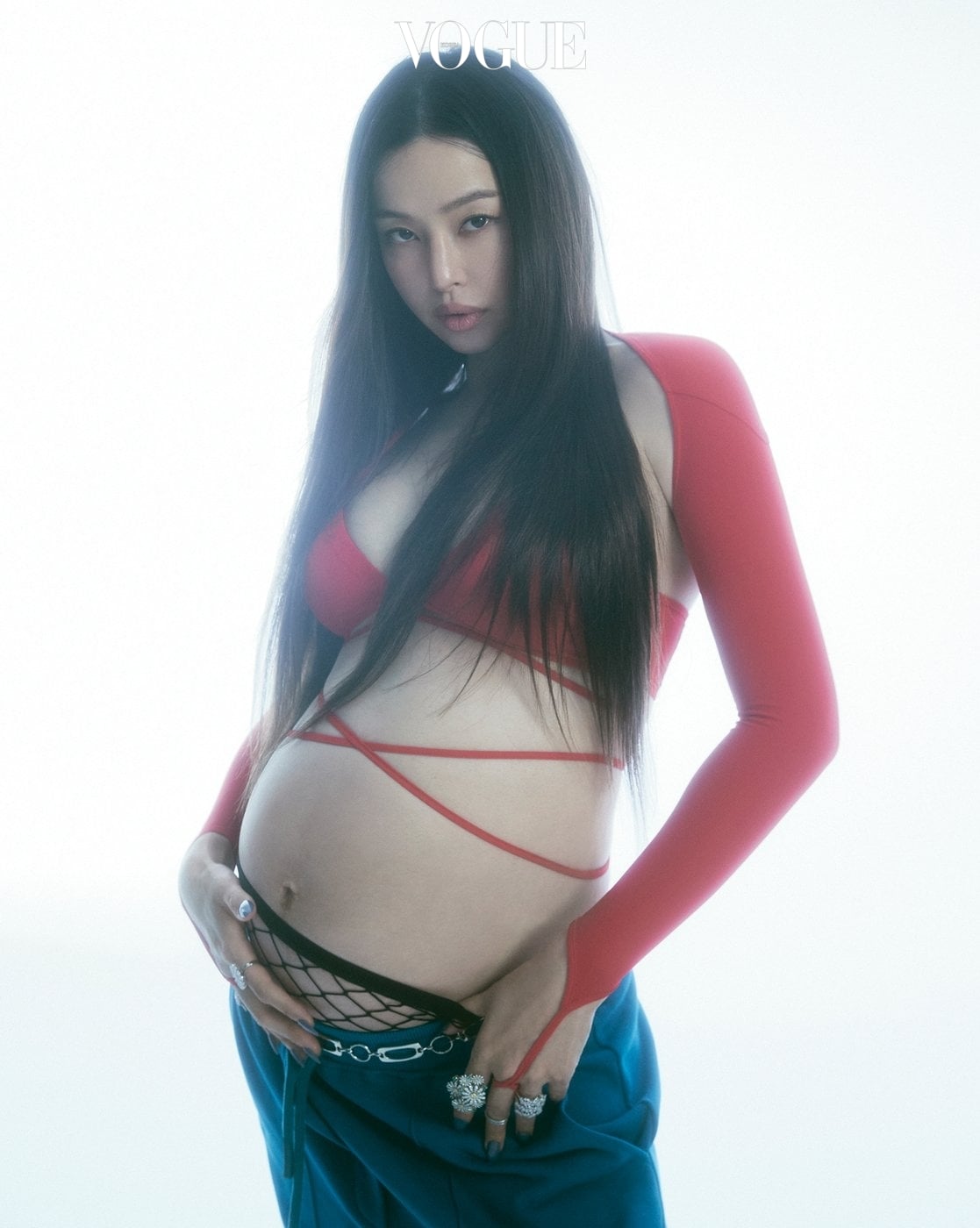 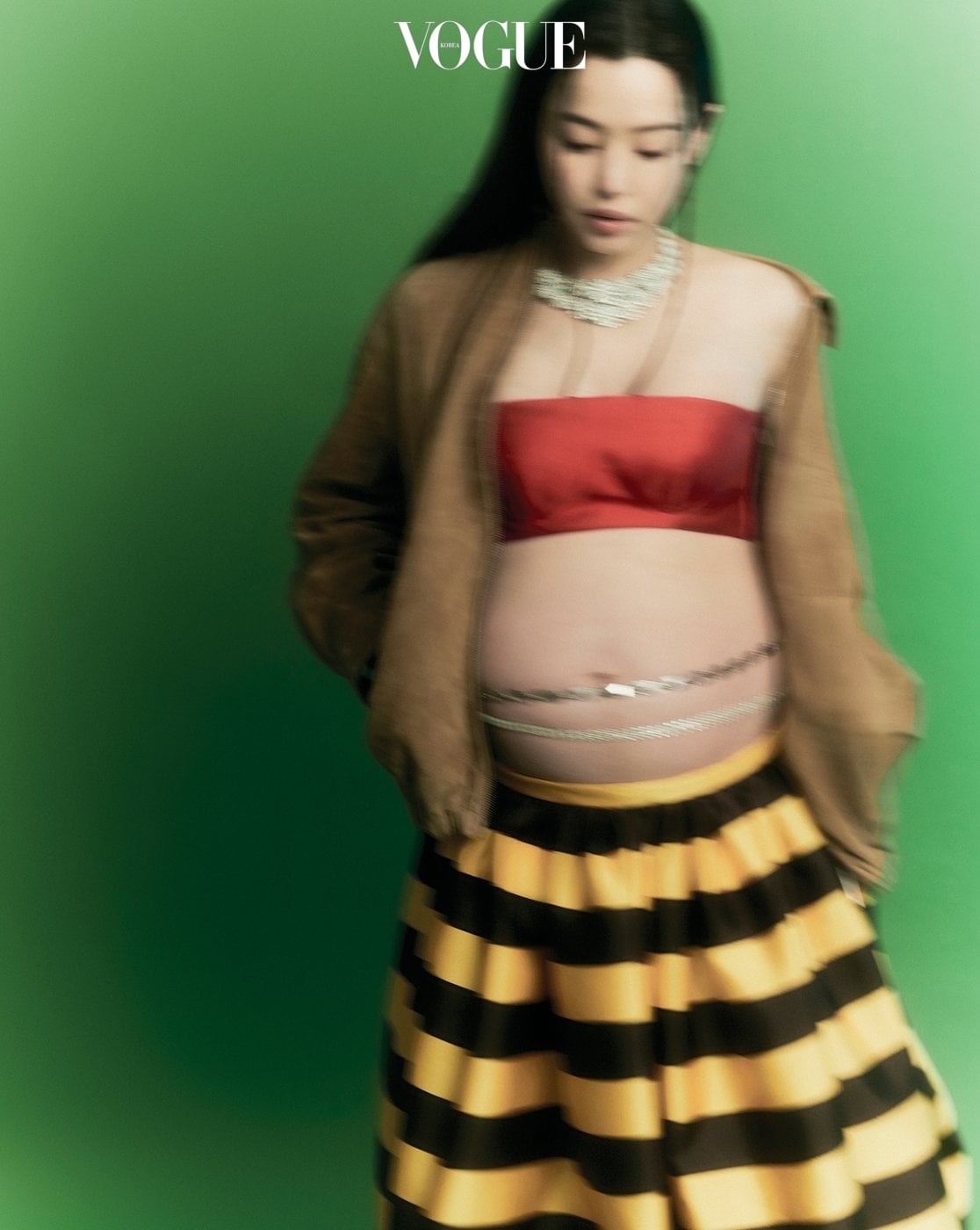 Over the next few years, Honey Lee has three films awaiting their premieres, including “Alien.” She commented with a laugh, “I have a lot of savings.”

Honey Lee added, “I think an actor showing their work is similar to giving birth. After holding onto it well, I’m so excited to show it to the world. Since I’m awaiting birth and will be showcasing three projects one after another, I feel three times as happy. However, I really wanted to go around promoting my film with my full-term pregnancy body, so it’s regretful that the timing wasn’t right.”

When asked if she quickly wants to return to work, Honey Lee answered, “I don’t feel rushed yet. I want to spend a sufficient amount of time with my child. And I’ve filmed multiple projects in advance. I’m thinking that I’ll be good [to return] around the first half of next year. Since I can’t lose my sense of acting.” 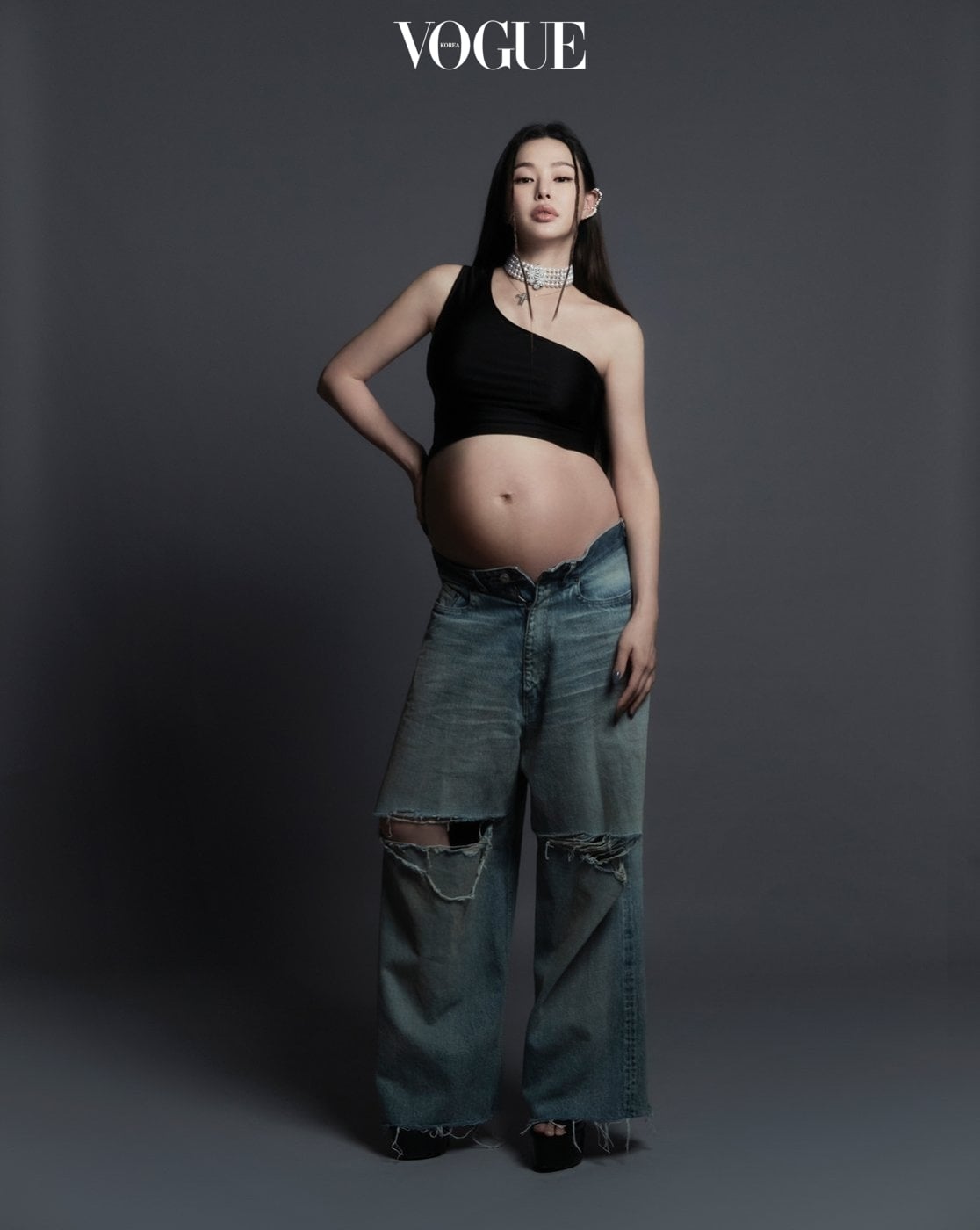 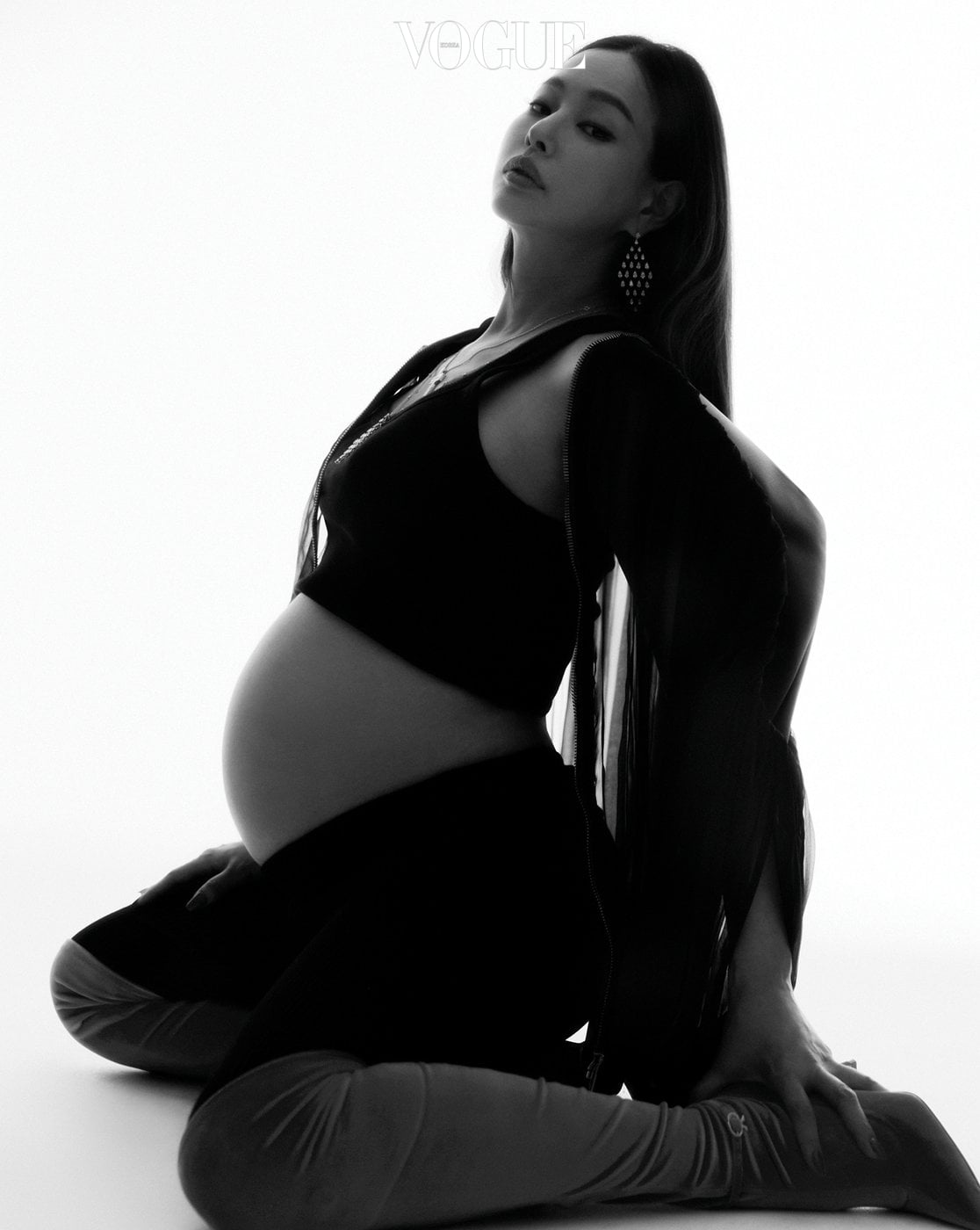 With Honey Lee’s June due date quickly approaching, the star was asked how she’s been feeling these days. She replied, “I’m really happy. I want to quickly meet the baby. I think my attitude towards life will change a lot after giving birth so I’m curious about that. ‘Change’ doesn’t happen the way you want it to. I’m looking forward to seeing what kind of form this natural change will take.”

Honey Lee got married to her non-celebrity boyfriend in December 2021 and the couple announced their pregnancy this past January.

Watch Honey Lee in “One the Woman” below: