Lee Byung Hun Helps A Heartbroken Shin Min Ah Get Back On Her Feet In “Our Blues” : Entertainment Daily

tvN’s “Our Blues” has shared a sneak peek of the final chapter of Shin Min Ah and Lee Byung Hun’s story!

Previously on “Our Blues,” Lee Dong Suk (Lee Byung Hun) tried to comfort the devastated Min Sun Ah (Shin Min Ah) after she lost her child custody trial. Min Sun Ah opened up to her friend about how her depression made her feel, and he helped her find peace and hope amidst one of the most difficult times in her life.

In the drama’s upcoming episode, “Our Blues” will air the final installment of Lee Dong Suk and Min Sun Ah’s arc, with their bittersweet story coming to an end. Now that Min Sun Ah knows she will be unable to live in Jeju with her son, she has no reason to return to her hometown, so she chooses to remain in Seoul. Seeing Min Sun Ah struggle to make a fresh start, Lee Dong Suk stays by her side in Seoul and tries to find ways to help her in her time of need.

Newly released stills from the episode capture Lee Dong Suk tenderly doting on Min Sun Ah as she takes her first steps away from her past pain and sorrow. Not only does he help out around the house, but he even tries to smooth out the frown on her face as she sleeps, revealing just how invested he is in making sure she finds happiness.

A final photo shows Min Sun Ah tearing up as she makes a new pledge, piquing viewers’ curiosity as to what she could be so determined to achieve as she sets out on a new chapter of her life. 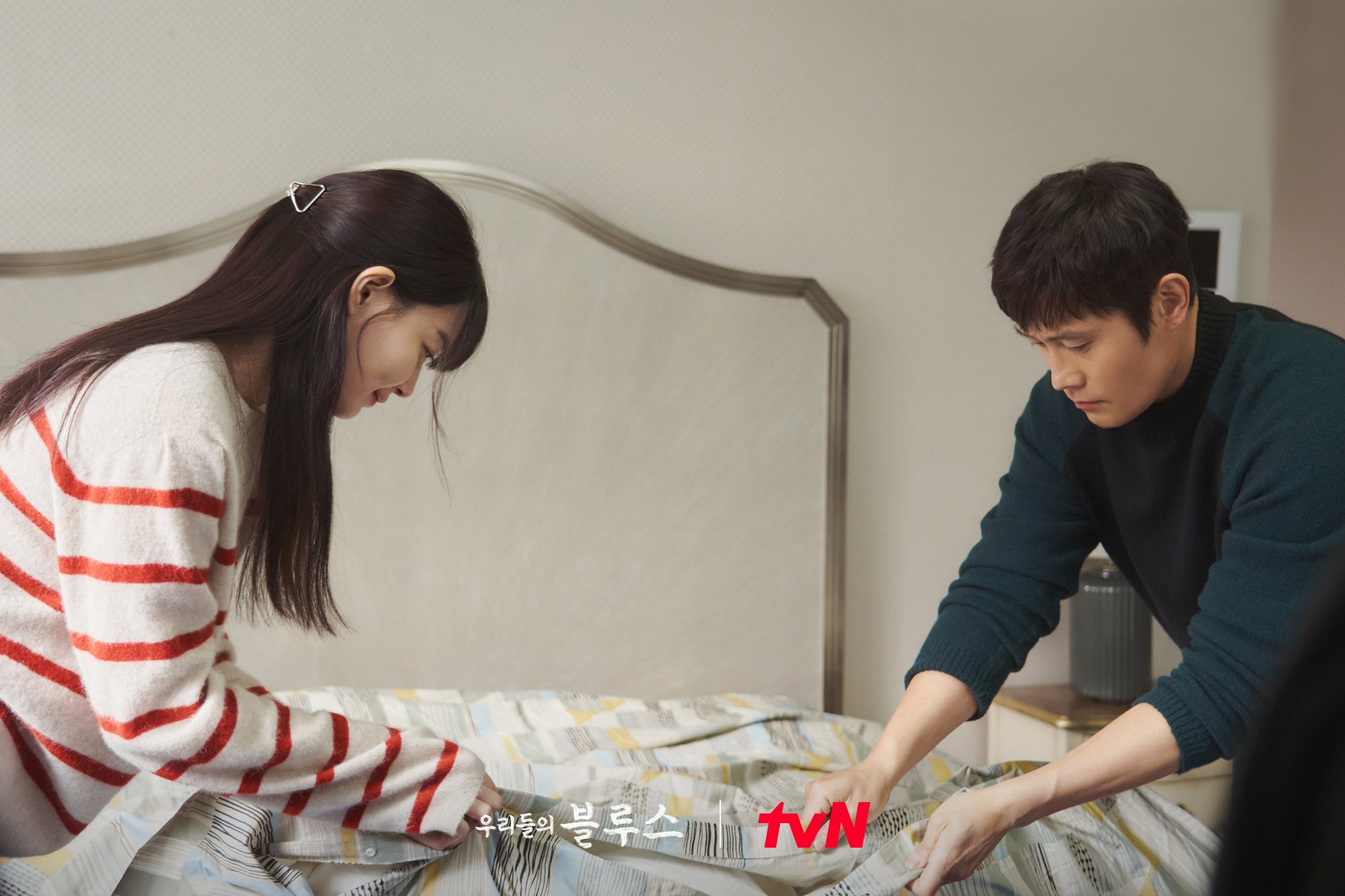 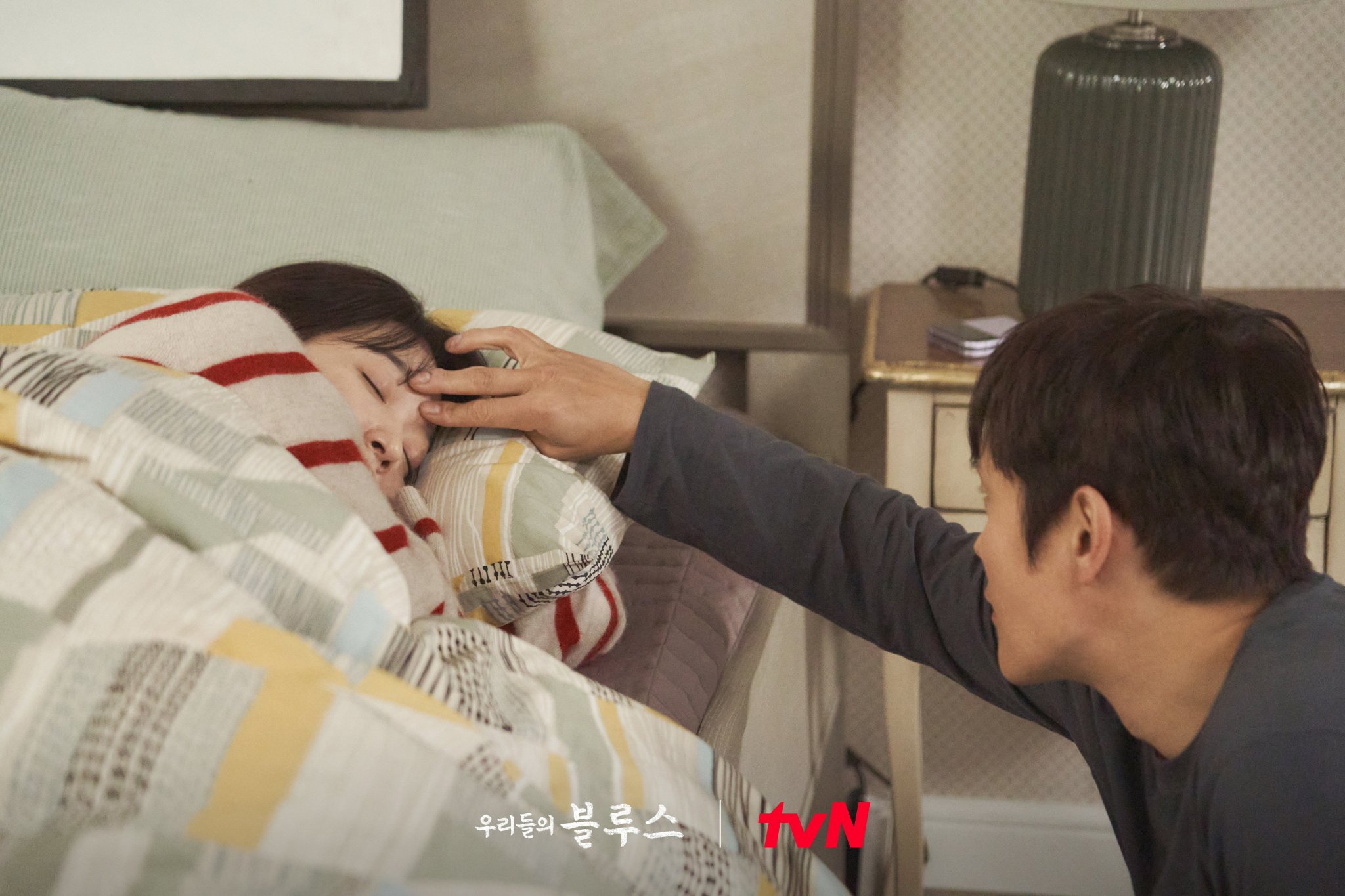 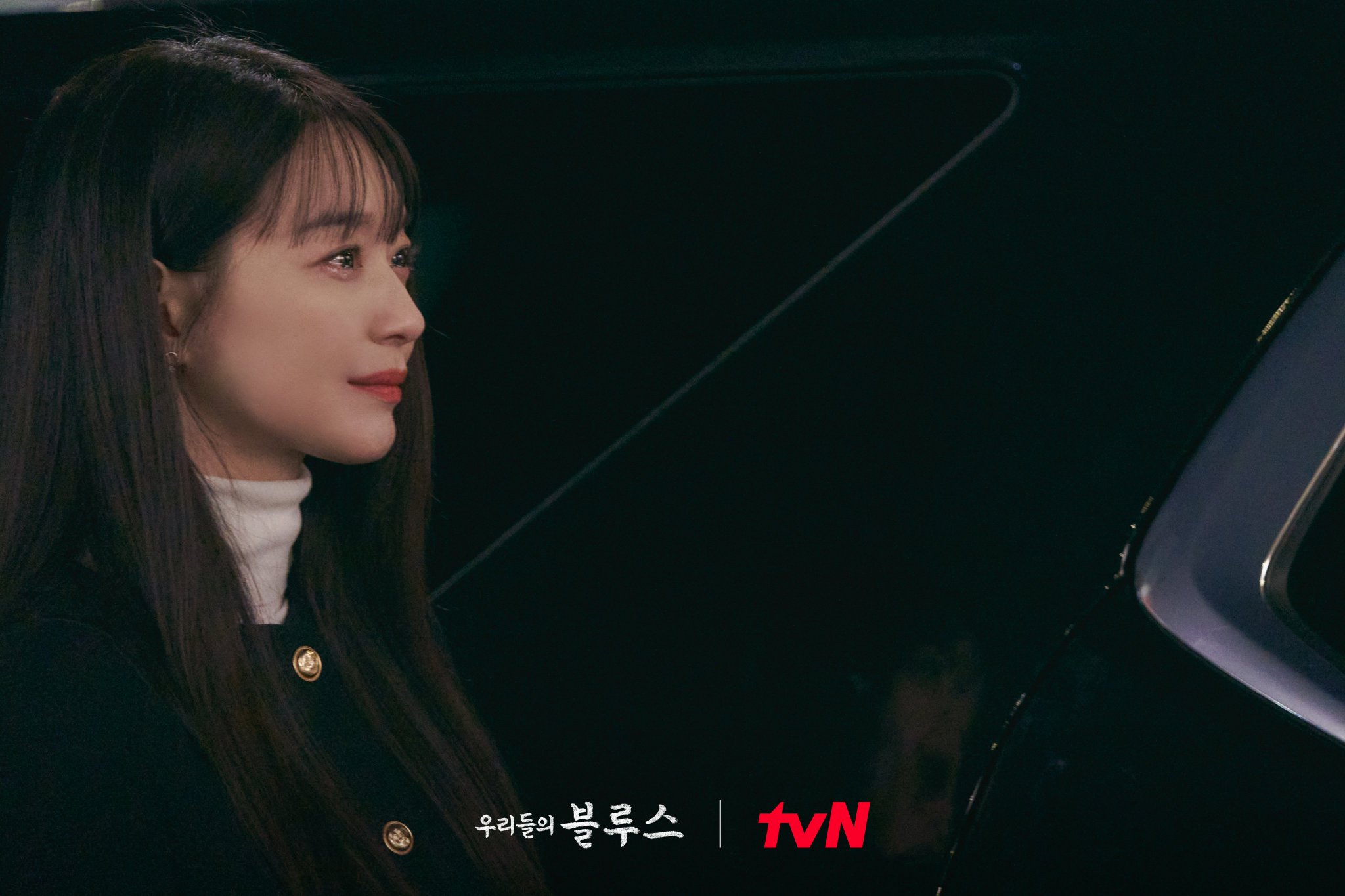 The producers of “Our Blues” teased, “Dong Suk gives Sun Ah his support and encouragement, but Sun Ah also throws a question his way about his mother. Please stay tuned for the emotional final story of these two characters.”

In the meantime, watch Shin Min Ah in her film “Diva” with subtitles below!