BTS’s Upcoming Track “For Youth” Is Dedicated To ARMY – Here’s Why The Title Alone Is Meaningful : Entertainment Daily 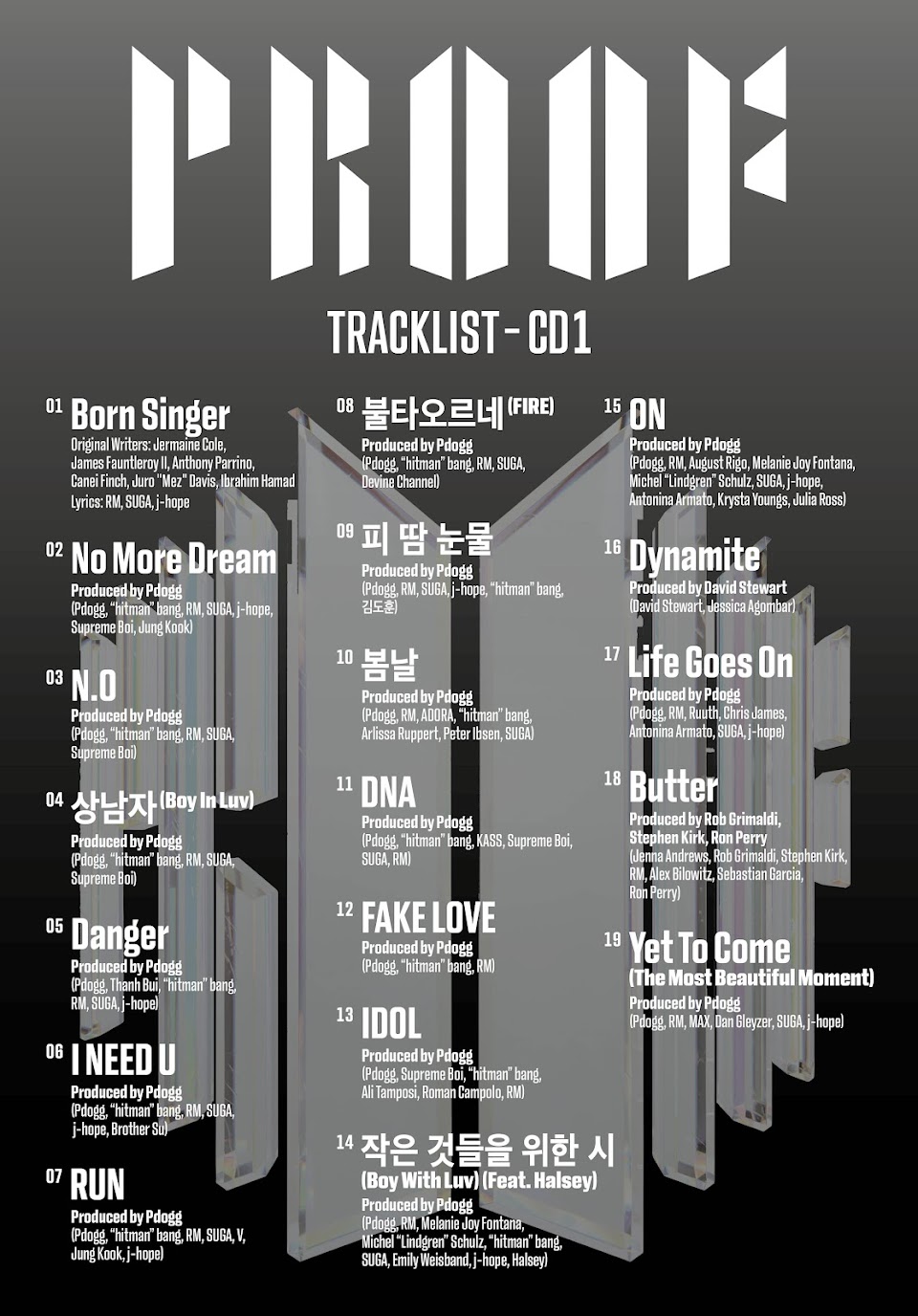 PROOF is a 3-CD album, and fans finally have the complete tracklist for each of the CDs.

Proof includes many releases that ARMY have been waiting for, like demos for some of BTS’s popular songs, like “Epiphany” and “Still With You.” And, especially, “Tony Montana” featuring Jimin.

And there are also five new songs that ARMY can look forward to in the album. Although, BTS surprised fans by sharing that some of the tracks will only be available through the album and not made available on digital platforms.

But one of the new tracks that will be available digitally, “For Youth,” has made fans incredibly emotional as they’ve realized the song’s intent simply by the title alone.

Press release on the Proof tracklist states that CD 3 is dedicated to Army 🥺 and For Youth is a new fan song “expressing [BTS’] affection and gratitude to their fans.”

Since CD3, which includes “For Youth,” is dedicated to ARMY, it’s understandable that the new track would be dedicated to BTS’s fans. And while fans didn’t realize it at first, the song’s title proves that it’s literally for ARMY.

Although ARMY have become such a large fandom that “ARMY” has become a term well recognized internationally, the fandom name is actually an abbreviation. ARMY is short for Adorable Representative M.C. for Youth.

So, upon realizing “For Youth” was dedicated to ARMY, fans didn’t take long to realize that the title is a part of what ARMYs are jokingly calling their “government name.”

which is why the third new track is from our government name?? 😭😭
adorable representative mc pic.twitter.com/1paov1uShI

And understandably, fans are emotional at how BTS has continued to show their immense love and appreciation for their fans.

The song is called For Youth and our name ARMY is Adorable Representative MC FOR YOUTH pic.twitter.com/BDG2xuiuIk

I AM AN A.R.M.Y
Not just a #BTSARMY
I am an
Adorable Representative MC for Youth
I am, you are, we are, an embodiment of what it means to be young, regardless of your actual age.
That is the true meaning of your name.
Don’t you ever forget that.
And wear it proud. https://t.co/fruHFxWt9J

And one fan pointed out how “For Youth” also sounds remarkably similar to “for you.”

Somebody cry with me plz

Some fans are now even speculating that Jimin’s tattoo, which spells out “youth,” may also be intended to represent ARMY.

But regardless, fans can look forward to PROOF as the upcoming anthology album is certainly proof of BTS’s love and gratitude towards ARMY.

You can read more about PROOF here.

You can read more about fan reactions here.