tvN’s new weekend drama “Our Blues” has given a sneak peek of Kim Woo Bin in his starring role!

Kim Woo Bin will play Park Jung Joon, a ship captain with a warm heart. Even though everyone seemed to be heading to Seoul, he stayed behind to protect his hometown Jeju Island and his family. He’s not greedy for anything, and he doesn’t have lofty goals. His dreams is to simply live in Jeju with the woman he loves. He’s also a romantic man who lives by the beach in a remodeled bus that looks like cafe.

The newly released stills show Park Jung Joon’s daily life. Not only does he go fishing and give ship rides to haenyeo (female divers), but he also sells fish at the auction house and market. 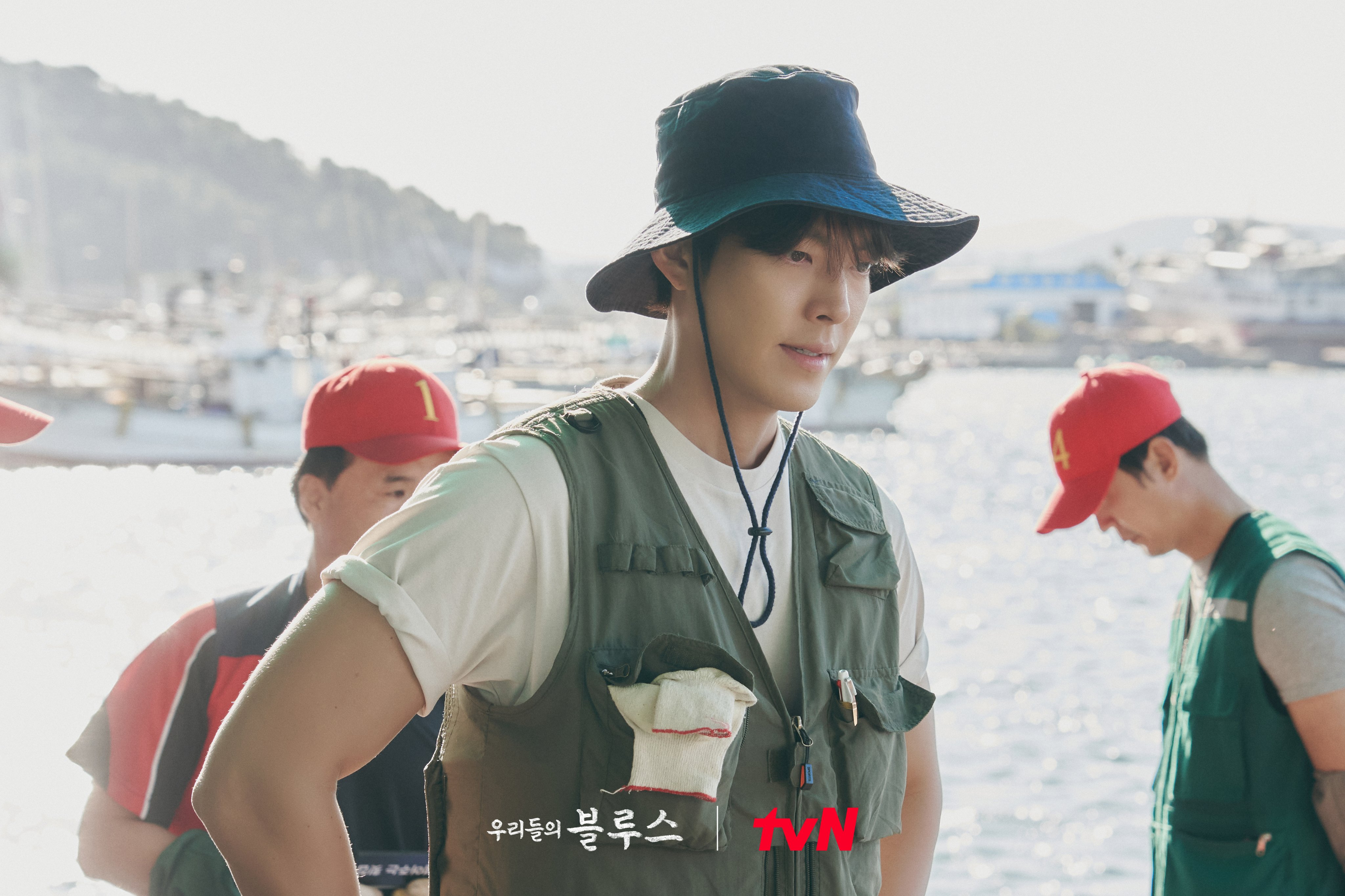 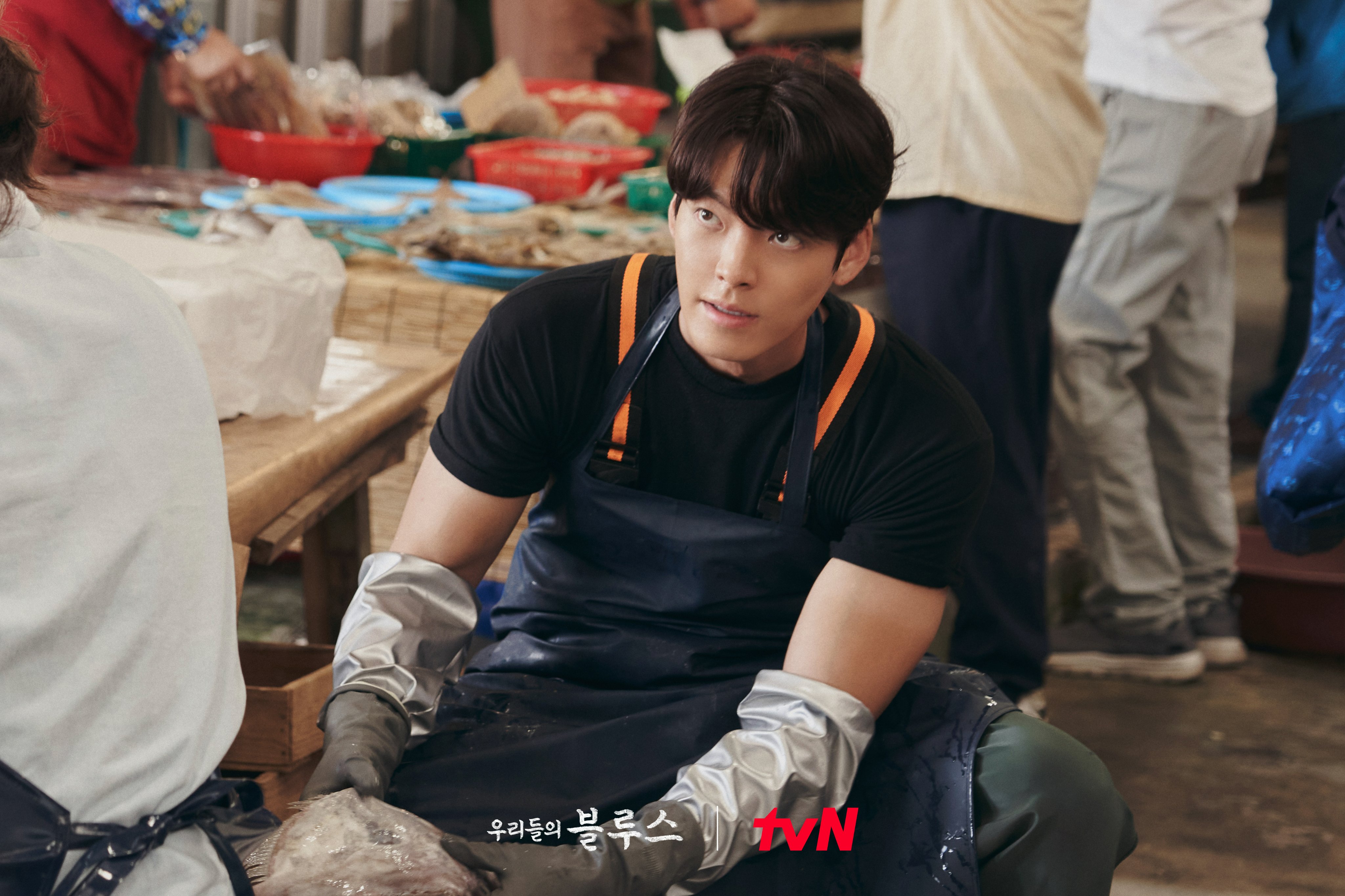 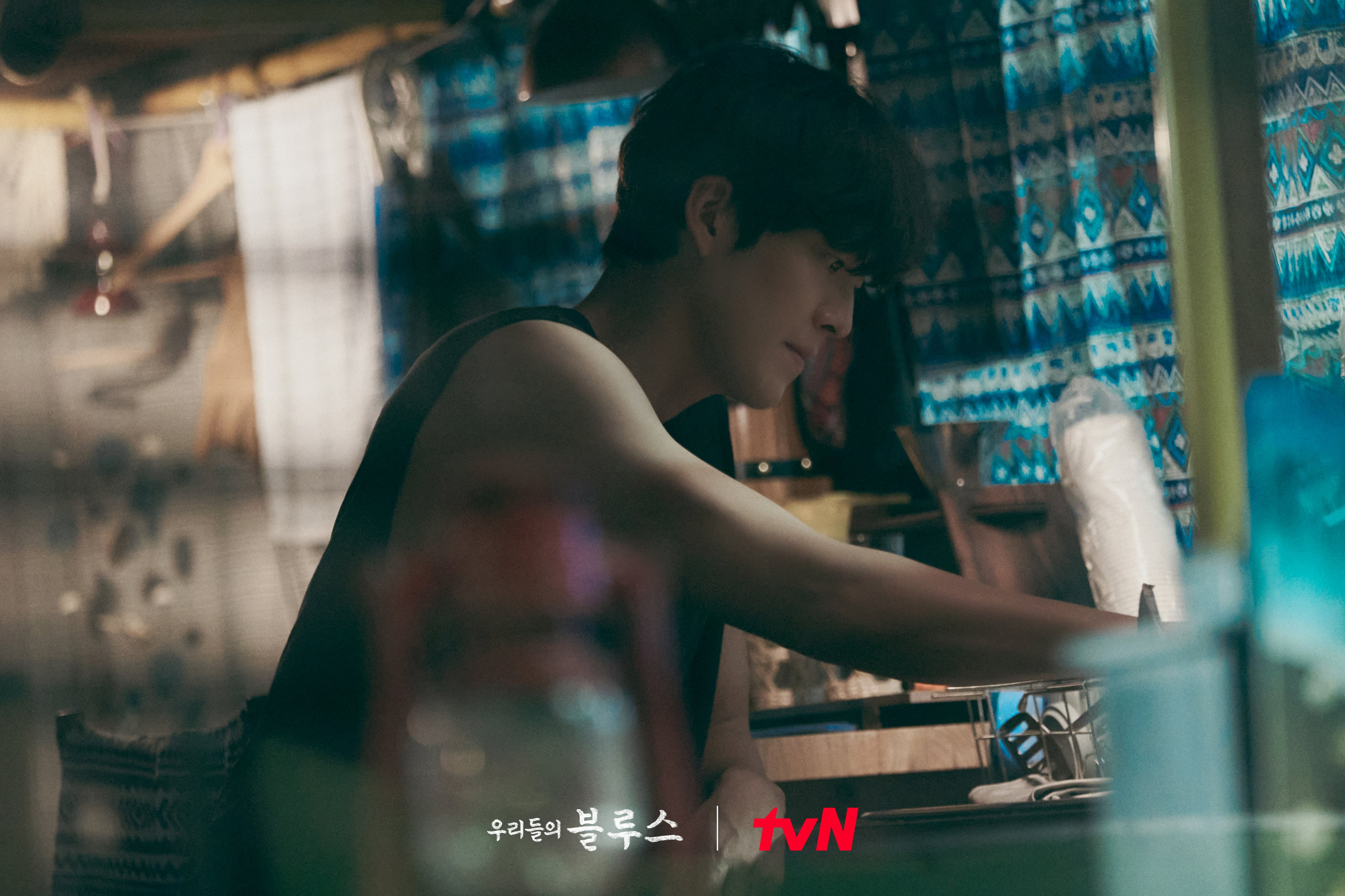 Kim Woo Bin especially catches attention with his farmer’s tan. The actor got a tan in order to better portray the role of a ship captain who works under the hot sun, adding a realistic detail to bring his character to life.

In the meantime, check out Kim Woo Bin in “Uncontrollably Fond”: