MBC has shared a close look at the diverse character relationships in “Tomorrow”!

Based on the hit webtoon of the same name, “Tomorrow” is a new fantasy drama starring SF9’s Rowoon as Choi Joon Woong, who gets into an unfortunate accident while struggling to find a job. As a result, he crosses paths with grim reapers Goo Ryun (Kim Hee Sun) and Lim Ryoong Goo (Yoon Ji On), who work together to save the lives of those who are contemplating suicide, and he winds up joining their team in the underworld as their youngest member.

Ahead of the drama’s premiere, MBC released a character chart that describes the relationships between those working at Joomadeung (phantasmagoria), the spirit management headquarters of the afterlife monopoly. 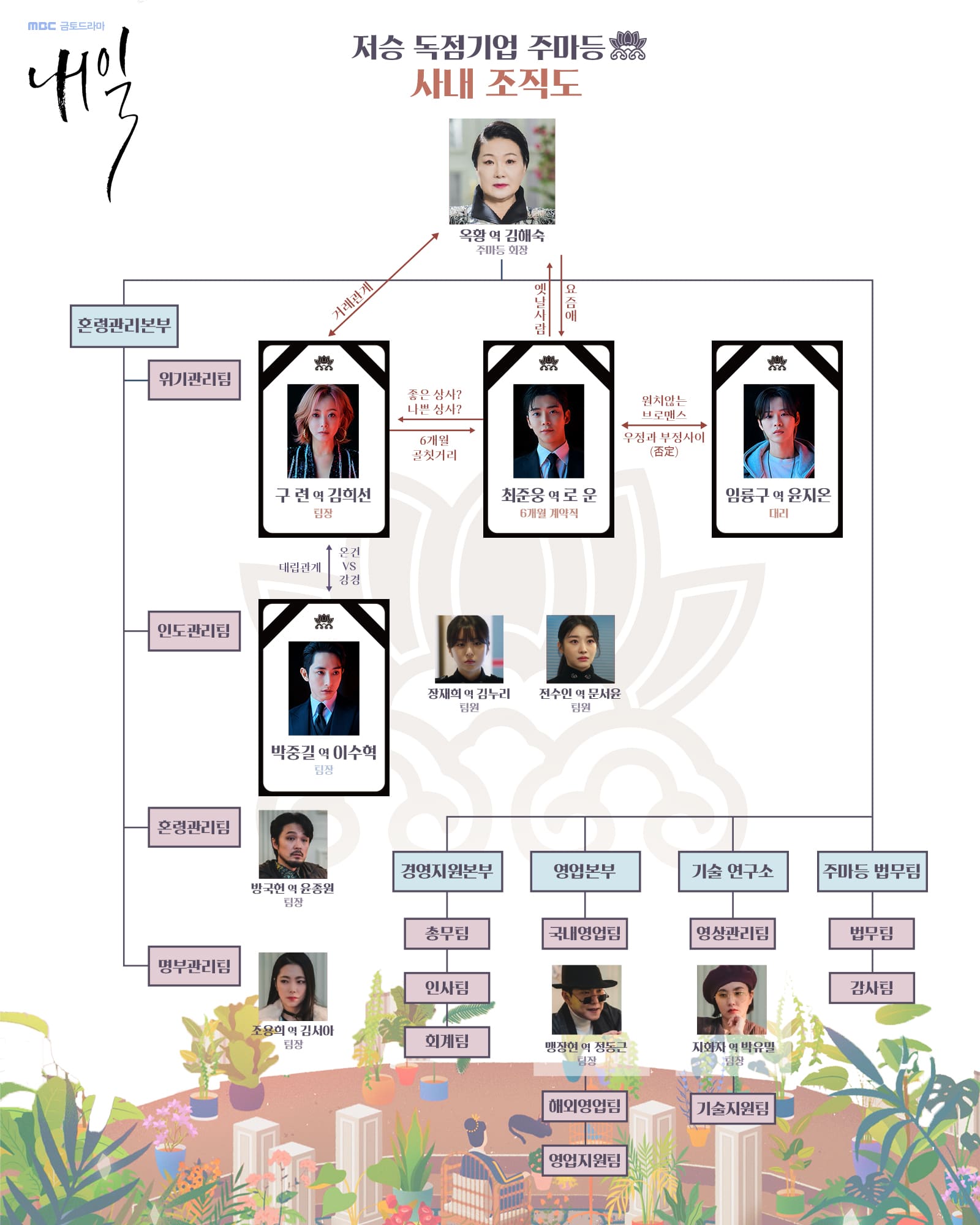 Right at the top of the chart is the Jade Emperor (Kim Hae Sook), the president of Joomadeung. Within the spirit management headquarters is the Crisis Management Team where leader Goo Ryun works with assistant manager Lim Ryoong Goo and contractor Choi Joon Woong.

Goo Ryun thinks of Choi Joon Woong as a six-month annoyance and he debates whether she’s a good or bad boss. Between Choi Joon Woong and Lim Ryoong Goo is an unwanted bromance, as well as a relationship that’s in between friendship and denial.

Lee Soo Hyuk plays Park Joong Gil, the leader of the Guiding Management Team and the rival of Goo Ryun. As Goo Ryun is a “moderate” grim reaper whose goal is to save lives and Park Joong Gil is a hawk-like grim reaper who believes it is wrong for grim reapers to get involved in the life and death of humans because suicide is their choice, the two team leaders are constantly clashing.

Following the conclusion of “Tracer,” MBC’s “Tomorrow” will premiere on April 1 at 9:50 p.m. Check out a teaser here!

While you wait, start watching Rowoon in “About Time” below!