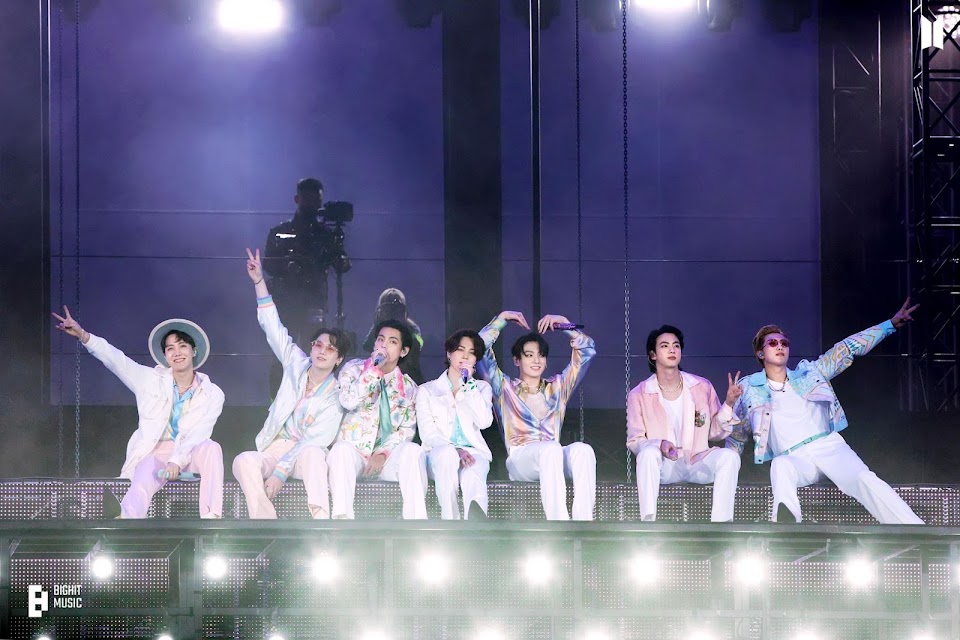 ARMYs have always known that the BTS members are kind and thoughtful, but their interactions with reporter George Pennacchio on the red carpet are further proof of how genuinely sweet the members are!

George Pennacchio interviewed BTS on the red carpet at the 2021 American Music Awards. BTS had a phenomenal night at the award show. They took home all three awards they were nominated for at the 2021 American Music Awards. They won the Favorite Pop Duo or Group, Favorite Pop Song, and Artist of the Year awards. They also made history as the first Asian act to win the Artist of the Year award.

George Pennacchio interviewed the members before the award show began, and the interview went really well.

BTS TO THE RESCUE
About :10 before I was set to interview #BTS, I stumbled on our platform at “The American Music Awards” & fell to the floor. THANK YOU BTS for picking me up $ then doing a fun interview! Our @OnTheRedCarpet AMA coverage begins at 6:30pm on ABC7. @bts_ pic.twitter.com/E6eaNGFgx5

As soon as he fell, the BTS members took action and bent down to pick him up. Even the members who were standing farthest away from the interviewer quickly stepped in to help him up.

The members quickly checked to see if George Pennacchio was okay before they proceeded with the interview. Fans were touched that BTS stepped in to help George Pennacchio, but they definitely weren’t surprised that the members kindly helped him out.

That’s the kind of beautiful humble souls they are. https://t.co/8TWZlcMUcg

I love these guys so much, they’re always so kind 💜 https://t.co/bYFZ5WjLWw

Everyone was so sweet 😭Hobi looked so serious he really worried about him https://t.co/4a2ue23Lws pic.twitter.com/sjxSI9ddjA