“Green Mothers’ Club” is a new drama about the dangerous relationships between parents at a local elementary school—and the hidden dark side of this seemingly friendly community. Lee Yo Won, Chu Ja Hyun, Jang Hye Jin, Kim Kyu Ri, and Joo Min Kyung will star as five very different mothers who belong to the same parents association at the school.

Lee Yo Won will star in the drama as Lee Eun Pyo, an ordinary housewife with a prestigious education who has just moved into the neighborhood. Introducing her as “the new mom,” Lee Eun Pyo’s poster’s caption highlights her desire to differentiate herself from the other moms in their community: she insists dismissively, “Because I’m not that kind of mom.” 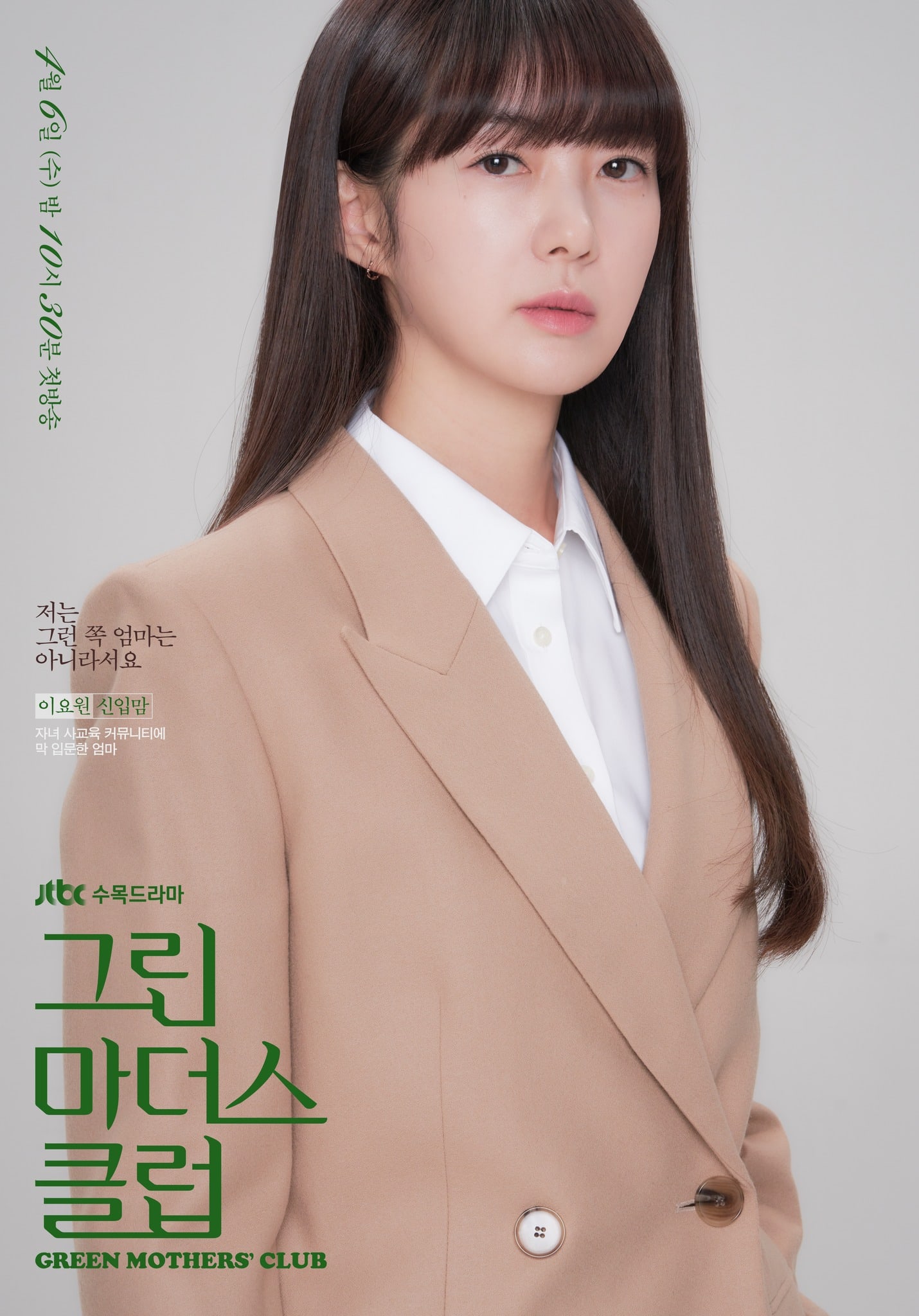 Meanwhile, Chu Ja Hyun will play Byun Choon Hee, the beautiful queen bee of the neighborhood who lives across the street from Lee Eun Pyo and stands at the top of the parents’ social ladder. Describing her as a strict “tiger mom,” her poster’s caption reads, “What I’m saying is the truth, isn’t it? That we have to get them to do what needs to be done.” 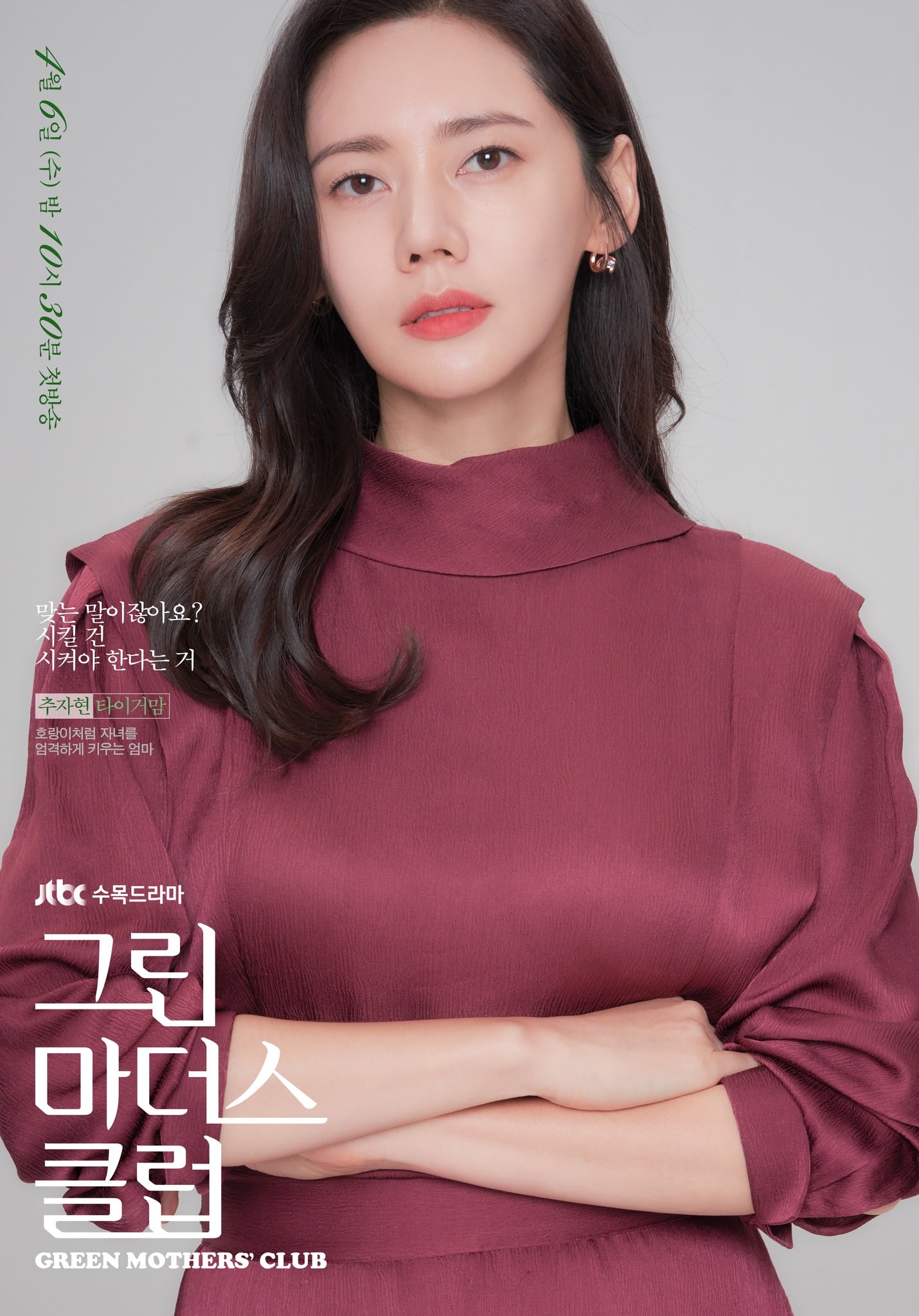 Kim Kyu Ri will play the role of Lee Eun Pyo’s former friend and current rival Seo Jin Ha, who lives in a luxurious penthouse and seems to have everything, from a handsome husband to a prodigy child. As an “outsider mom” whose views on raising children don’t match those of the other moms in their neighborhood, Seo Jin Ha says coolly, “To be honest, I don’t really ask for much from my kids.” 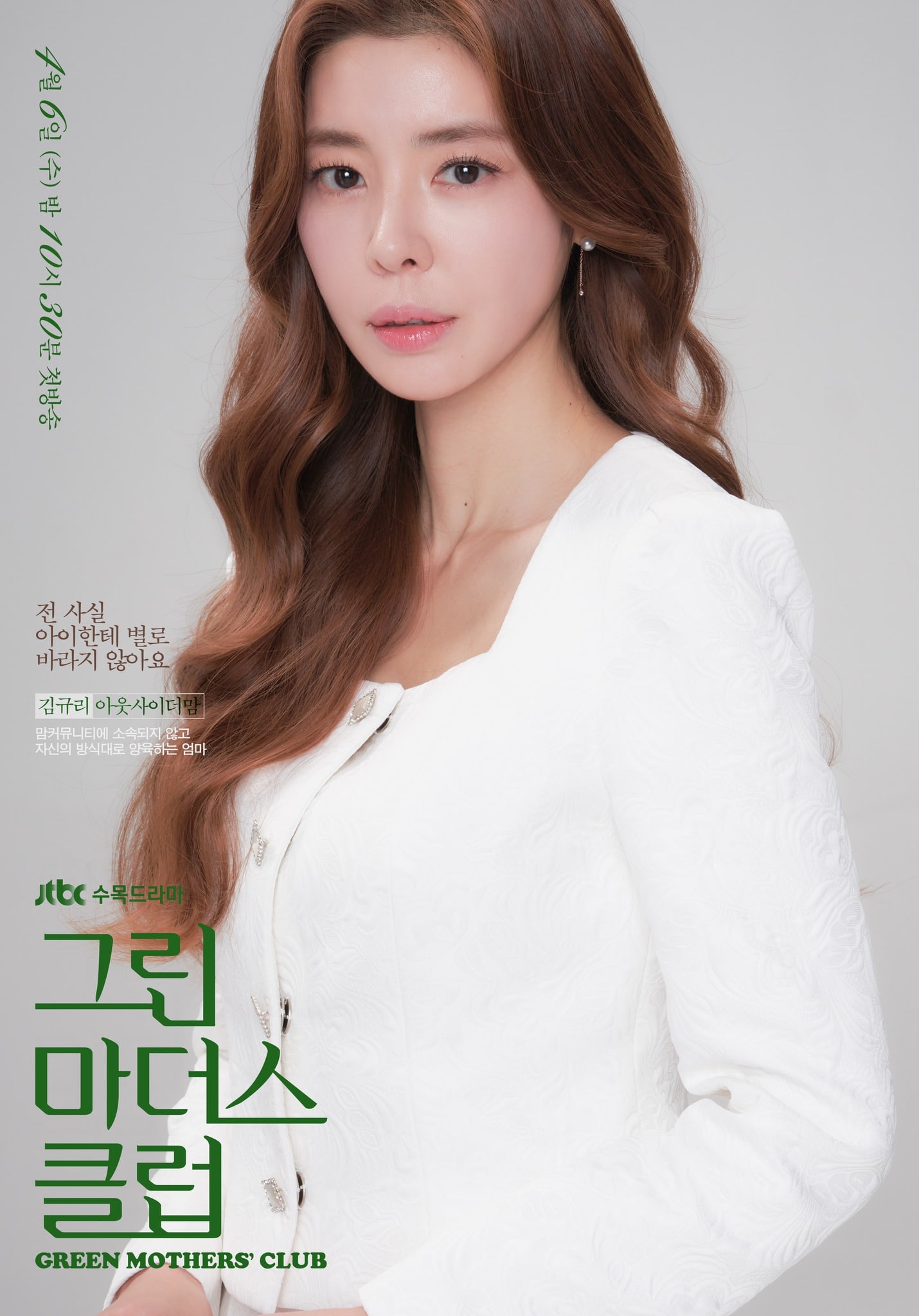 Jang Hye Jin will play Byun Choon Hee’s nemesis Kim Young Mi, who prides herself on taking a different approach to motherhood from Byun Choon Hee’s tiger mom parenting. As a mom who values an emotional connection with her kids, Kim Young Mi declare, “Wise moms need to stick together.” 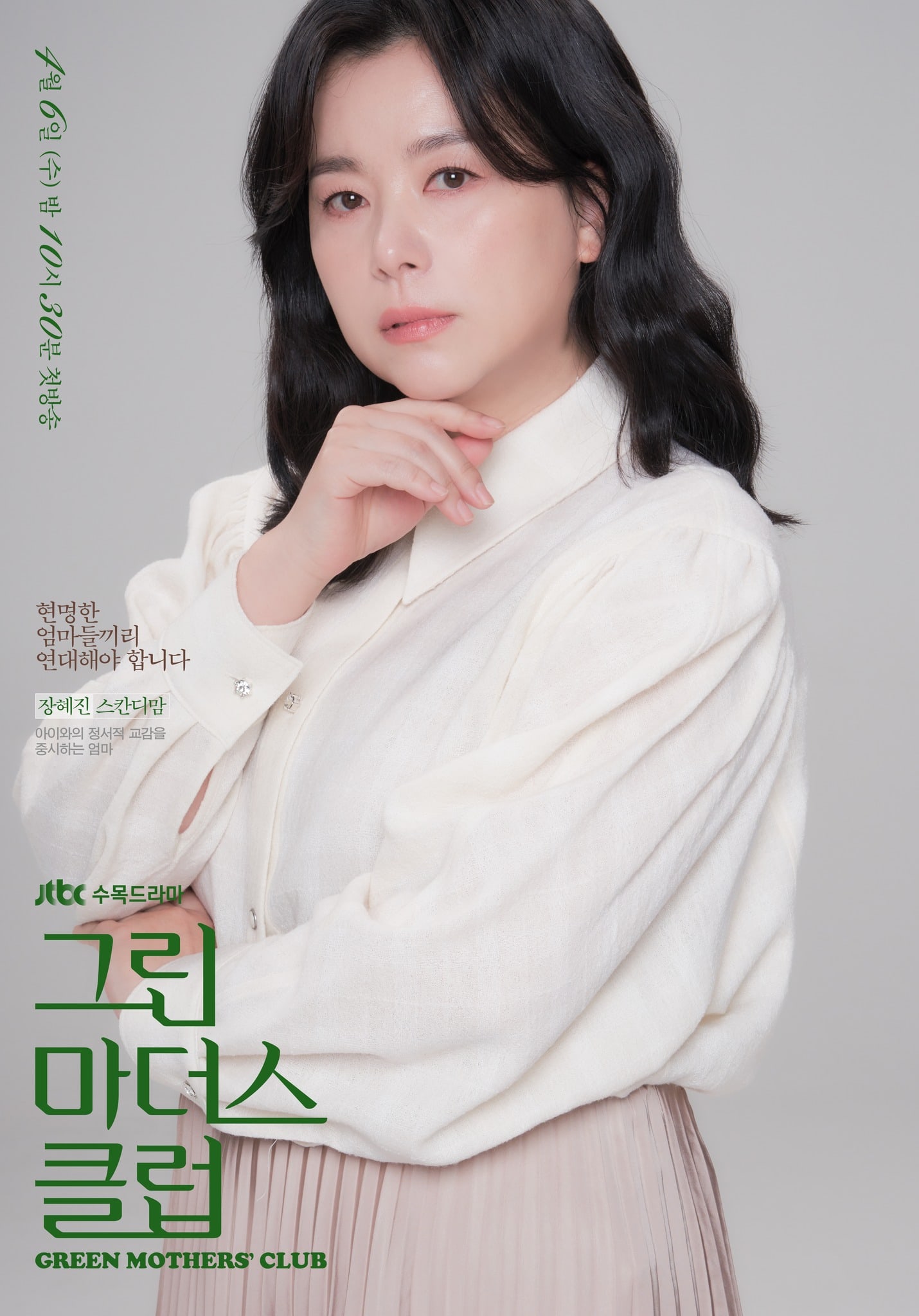 Finally, Joo Min Kyung will play Lee Eun Pyo’s deceptively cheerful younger cousin Park Yoon Joo, who turns into a fierce “alpha mom” when it comes to her children and would do anything for them. Her caption ominously reads, “Even if it means I have to grind up my own bones, I will make it possible for [my kids] to do everything they want to do.” 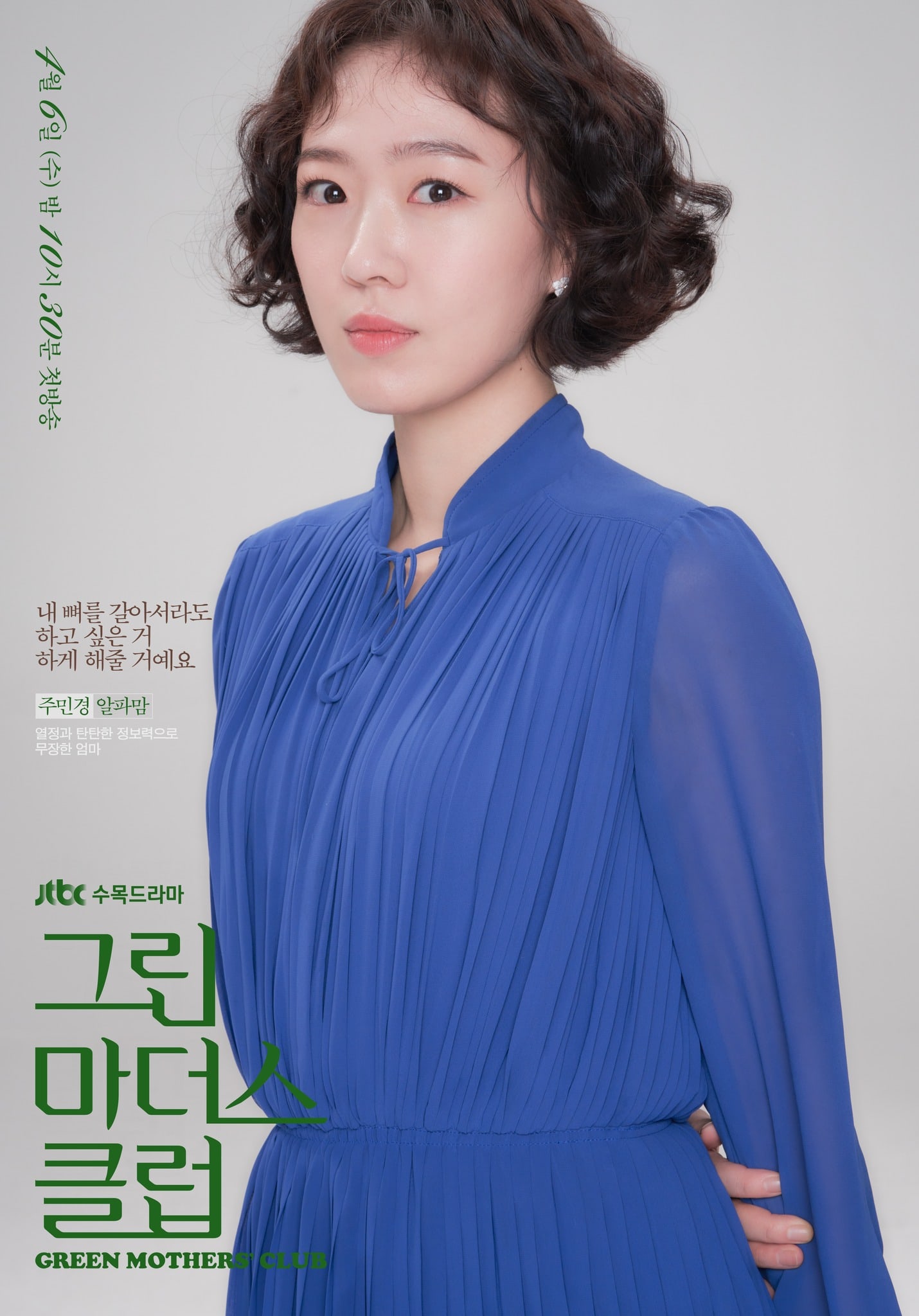 In the meantime, watch Chu Ja Hyun in “My Unfamiliar Family” with subtitles below…

…and Jang Hye Jin in “The Red Sleeve” below!