Ha Sungwoon Didn’t Answer His Phone, So BTS’s Jimin Showed Up At His Home Just To Wish Him A Happy Birthday : Entertainment Daily 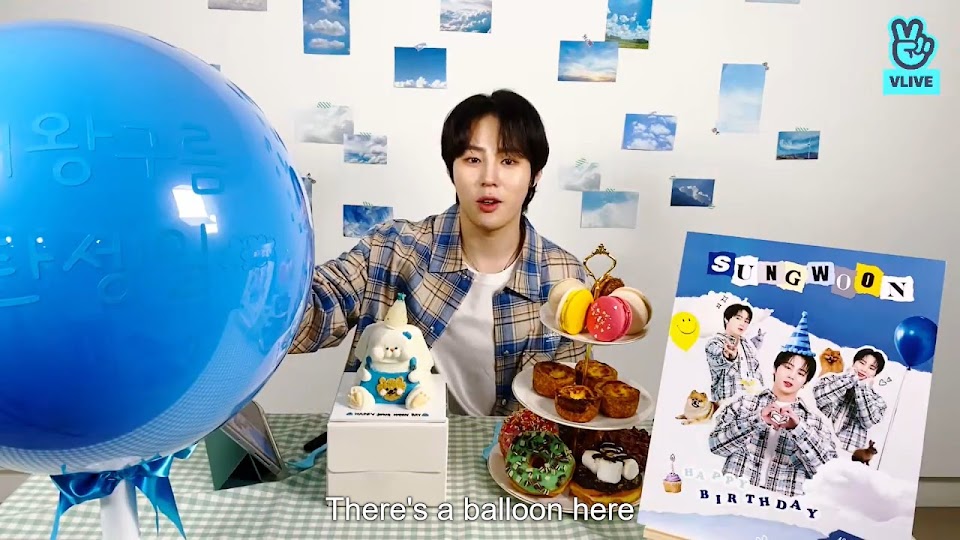 Solo singer-songwriter and former HOTSHOT and Wanna One member Ha Sungwoon recently celebrated his birthday with a live broadcast.

During the live broadcast, he revealed that although he was going to sleep early for his birthday, a close friend attempted to call him to wish him a happy birthday. When Sungwoon didn’t pick up the call, the friend showed up at his home!

I was going to sleep a bit early on my birthday but a friend-nim called me. At first, I didn’t pick up, but he just barged in. So I received birthday wishes, celebrated my birthday yesterday.

At that time, Sungwoon didn’t reveal his friend’s identity. Yet, later, he was asked by a fan if BTS‘s Jimin had greeted him for his birthday, knowing of their iconic friendship.

‘Did our Jiminnie wish you a happy birthday?’

Ha Sungwoon then disclosed that the friend he previously mentioned was, in fact, Jimin! He personally shared how thankful he is to have a friend like Jimin as the BTS member “has a lot of jeong.” “Jeong” is a Korean word with no direct to English translation, but it basically is “feeling, love, sentiment, passion, human nature, sympathy, heart.”

Everyone, the friend who came over yesterday was Jimin. I’m so thankful. He’s a very kind friend. He has a lot of jeong. He’s the friend who I love the most.

I just remembered this video again of when Wanna One won an award. The way jimin hugged Sungwoon 😭🥺♥️ pic.twitter.com/BXyvDJhEj6

They have even vacationed together in Hawaii! On October 10, 2019, Jimin shared a vlog as part of BTS’s vacation log series, and Sungwoon appeared in it.

They’ve celebrated holidays, such as New Year’s together…

They always support each other in whatever they do.

Please give lots of cheers and support for Sungwoon. He’s a brother who is really nice and sings very well. #JIMIN #HaSungwoon #Produce101Season2

I’ll support you on too, hyung. You’ve worked hard.

Jimin and Sungwoon are truly best friends! Read more about their iconic friendship below:

Ha Sungwoon Shares Why He And Jimin Became Close Friends