“Business Proposal” Seol In Ah’s Shows The Duality Of Her Chemistry With Kim Min Gue On Instagram, Especially After THAT Kiss : Entertainment Daily 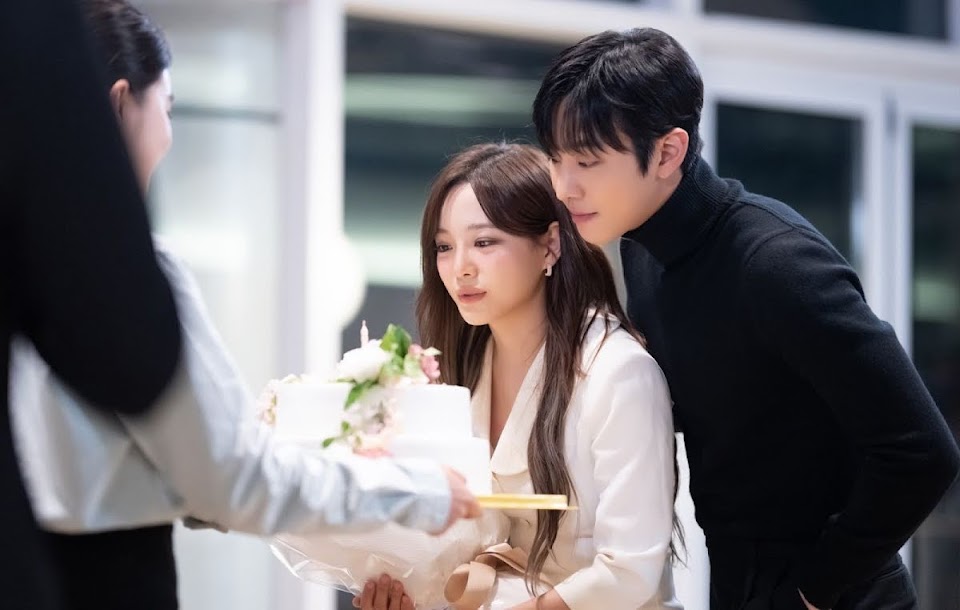 The hottest show to take over the world of K-Dramas is none other than SBS’s Business Proposal. Since it started airing, netizens have become obsessed with the show and all the characters in it.

Yet, aside from the main couple of Kang Tae Moo (Ahn Hyo Seop) and (Shin Ha Ri) Kim Se Jeong… which is truly adorable AF…

It seems as if there is another duo catching the attention of netizens both on and off-screen, and it’s the second lead couple Jin Young Seo (Seol In Ah), who is Ha Ri’s friend, and Tae Moo’s secretary and bestie Cha Sung Hoon (played by Kim Min Gue, also known as Kim Min Kyu).

Throughout the series, their chemistry and fast-paced romance have captured the hearts of viewers worldwide.

Well, it seems like their personalities and friendship off-screen is just as good as in the show, and netizens haven’t been able to get over a recent interaction on Instagram between the two.

However, although the comments were flooded with fans, one stood out the most, and it was from none other than his costar Seol In Ah.

It seems the photo wasn’t taken by just anyone. Seol In Ah wanted everyone to know that, as she replied, “Who took these photos that make you look so good?” If Seol In Ah really did take the photo, it isn’t surprising just how good it is.

When the comment was posted, netizens couldn’t get over the interaction, joking that Seol In Ah was “nagging” Kim Min Gue and showcasing how close they are.

However, it especially caught the attention of fans because it comes after the release of the show’s seventh episode… dubbed the “sexiest” yet. In particular, there was “THAT” steamy kiss that shook the world of K-Dramas…

It seems like the duo is the true epitome of duality and showcases that no matter whether they’re in character or not, they have a truly special friendship with each other.

Yet, it isn’t the first time that Seol In Ah has shown fans her more playful side. After having some fun during their first kiss scene, Kim Min Gue explained that she made the scene unforgettable.

With a lot more of the series left, netizens are on the edge of their seats waiting for each new episode. The interactions between the cast continue to cement why it’s so loved.

You can read more about “That” kiss and the steamy episode below.

K-Drama “Business Proposal” Episode 7 Is The Sexiest Yet

Previous Post
Coldplay’s Chris Martin Wants BTS To Win At The “2022 GRAMMYs” As Much As ARMYs, Cementing Their Iconic Friendship : Entertainment Daily
Next Post
A Viral Post About BTS Jungkook’s Interactions With Staff Showcases His True Personality : Entertainment Daily