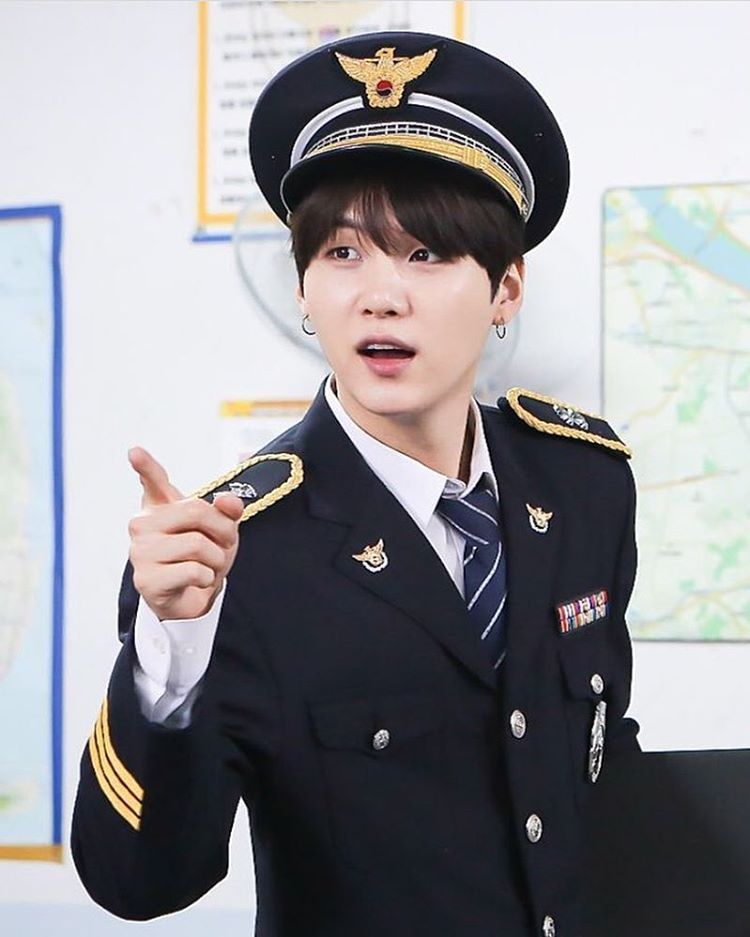 Excuse me, sirs, you’re under arrest! The crime? Being way too entertaining!

Suga informed his members that mobile driver’s licenses are now an option, meaning you don’t have to carry around a driver’s license card if you opt for the alternative.

All you have to do is visit a test center or a police station.

Their conversation about licenses and driving tests took Jimin on a detour down memory lane. “I’ve been to the police station,” he said. “and it was scary.”

“I lost my wallet,” he explained. “So the taxi driver left my wallet at the police station. So I went there…Yes, and it was so scary.”

Despite being afraid, Jimin was as polite as ever. Unfortunately, not everyone was! “People were coming in like this,” he went on, acting out the memory. “I was scared and greeted them. I said, ‘Hello,” and they didn’t take my greeting!”

Poor Jimin! Well, as RM pointed out, “They were coming in for a reason.”

Suga also had a story to share. Unlike Jimin, he went to the police to report a crime. A secondhand seller had scammed Suga out of approximately $657 USD and, needless to say, he was not happy about it!

“At that time, I think we went to watch a movie,” he went on. “Was it Winter Soldier or Captain America? While watching it, I was sent a notification to send my money quickly so that the other person couldn’t buy it. So I sent my money at the movie theater.”

Just like that Suga’s hard-earned cash was gone! Before Suga could rant too much about the scammer who got away, V interrupted. He playfully reminded everyone that they were still live!

Read more from the broadcast here: