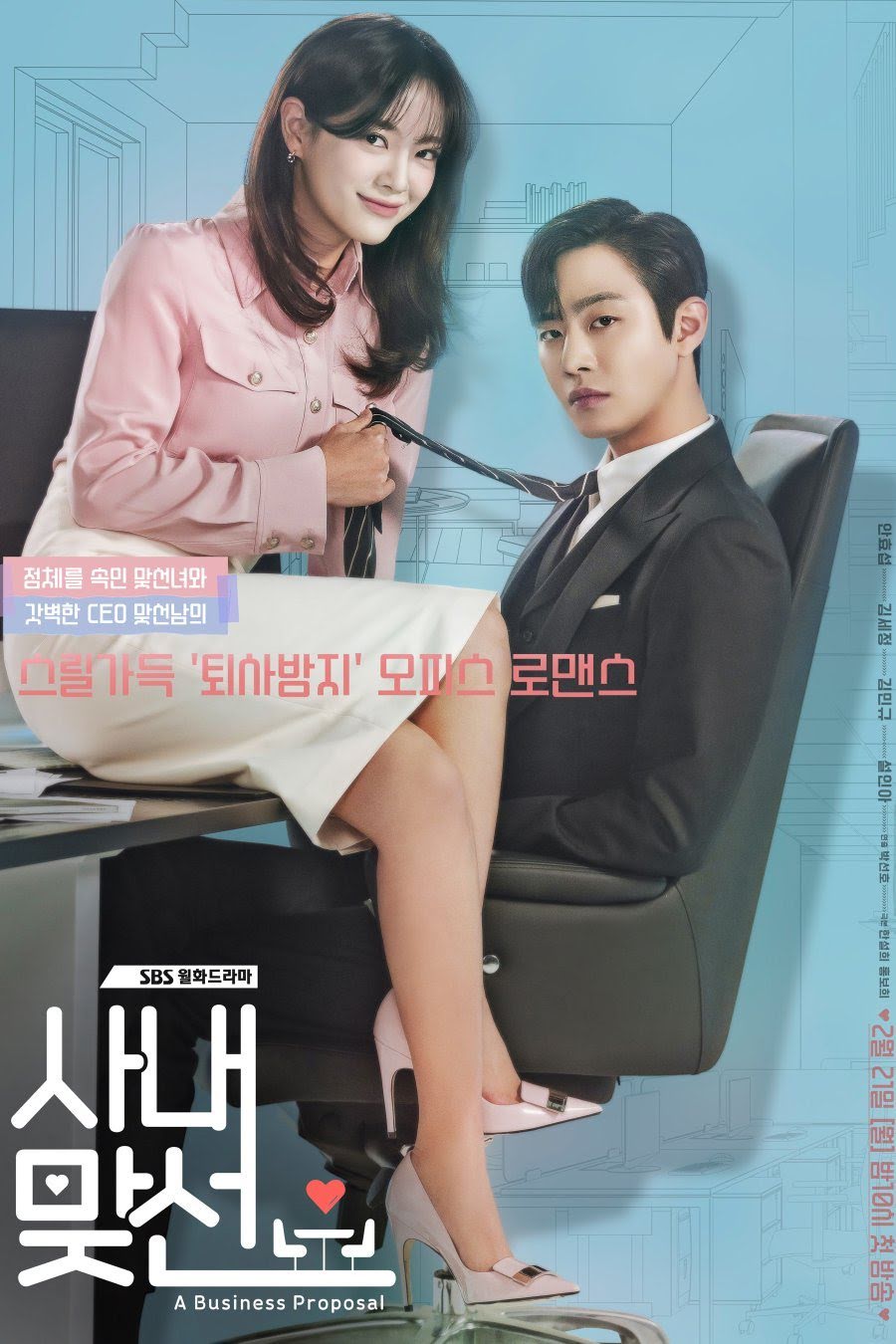 It seems like a week doesn’t go by without a K-Drama taking over the lives of netizens worldwide. One of the newest shows to take over the world of K-Dramas is none other than SBS’s Business Proposal. Since it started airing, netizens have become obsessed with the show and all the characters in it.

Since the show started airing, netizens have become obsessed with the chemistry between Ahn Hyo Seop and Kim Tae Ri, both when the cameras are filming…

And especially when the cameras weren’t rolling! It seems like the two were destined to be in these roles alongside each other.

Yet, it seems as if they weren’t always this comfortable with each other, especially when they first started filming. SBS treated fans to a special gift when they aired a special episode of the K-Drama but they had the cast come and talk about some of the scenes and some TMI from filming.

In particular, one of the scenes that Ahn Hyo Seop and Kim Se Jeong spoke about was the adorable “kiss” from episode two.

Kang Tae Mu and Shin Ha Ri shocked viewers with their unexpected first kiss. The two ended up accidentally locking lips after arguing about whether they should be in a fake relationship or not.

Well, it seems like it wasn’t as easy as first expected when filming and was actually a bit awkward when they started.

Fans were wondering why there weren’t many parts of the lips bumping scene included in the making video. It was because we didn’t talk much. It was still awkward between us.

Kim Se Jeong then added that it was being filmed while they still got to know each other and weren’t as close. Considering it was probably one of the first scenes filmed, it isn’t surprising that it might have been awkward when they first started and had to do such an intimate scene.

Another thing that the cast pointed out was just how much of a cliche the actual scene was. Yet, Ahn Hyo Seop believed that it came across perfectly and worked for the story, adding, “Even if it was an obvious (cliche) scene, it came out fun/well.”

Kim Se Jeong then once again showcased her charming and humorous personality as she explained how unrealistic the cliche was.

If we fell like that in real life we would have had nosebleeds and a busted lip.

Considering just how adorable the scene came out, it is surprising to think that the two cast members weren’t as close. The scene not only combined comedy and romance but seemed to start giving netizens an insight on what to expect from the couple in the show perfectly.

Even some of the behind-the-scenes still from the scenes just seemed like they were so comfortable with each other.

Luckily, it seems as if that awkwardness quickly went away as Ahn Hyo Seop and Kim Se Jeong seem effortlessly hilarious and comfortable around each other.

You can read more about their chemistry below.

“Business Proposal” Ahn Hyo Seop And Kim Se Jeong’s Chemistry Was So Good In Real Life, It Even Influenced One Of The Scenes