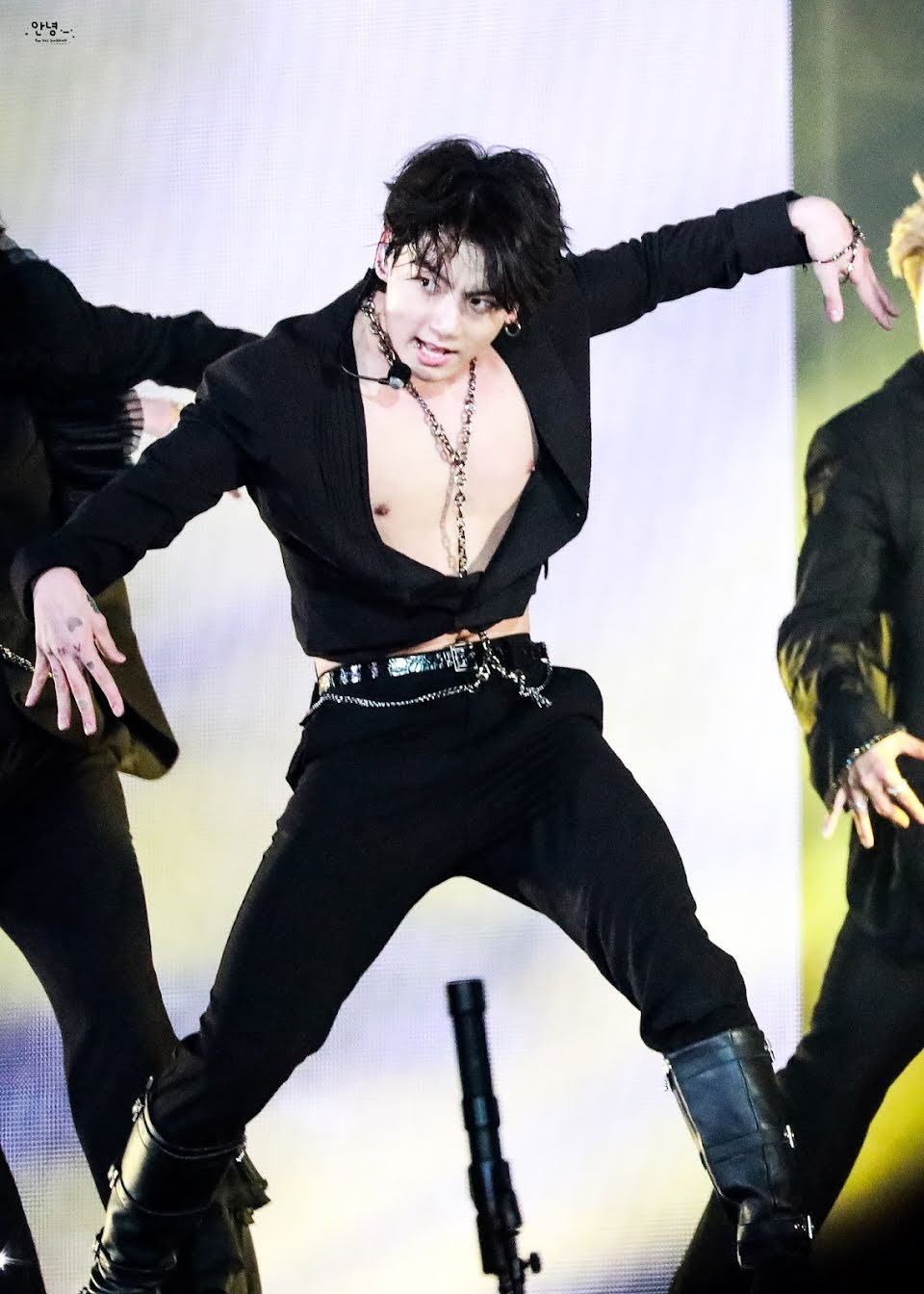 BTS‘s final PERMISSION TO DANCE ON STAGE- SEOUL show ended eight days ago, but have we recovered from this yet? No. Will we ever? Also, no.

Jungkook‘s “FAKE LOVE” outfit is one of the best gifts BTS’s stylists have ever given ARMY, a gift ARMY will absolutely not be returning…

…but here’s the “receipt” anyway.

During a surprise broadcast, Surprise! BTS!!, six of BTS’s seven members answered questions and shared stories about the concert. Unsurprisingly, ARMYs commented on Jungkook’s wardrobe malfunctions; his buttons repeatedly failed to do their job at PERMISSION TO DANCE ON STAGE- SEOUL.

Of course, Jungkook’s members couldn’t resist teasing him. RM joked that Jungkook had sabotaged his own outfit, unbuttoning it on purpose, while Suga dropped a hilarious bombshell: Jungkook oiled up his abs for the concert.

The buttons came undone so many times that Jungkook broke character during “FAKE LOVE.” “I was laughing because I closed the buttons, and it opened again,” he said. “This was so ridiculous.”

What a hassle! RM joked that Jungkook must have been tempted to just rip the blazer off, and there was some truth to that.

“I thought many times. Shall I take this as an opportunity,” Jungkook said. “and open it once more? Shall I open it?”

In reply, V said exactly what some fans were surely thinking; “I wish you can take off your shirt and perform one day in the future.”

ARMYs wouldn’t object, of course…but would they survive? As Jimin pointed out, they’re struggling enough as it is!

“Jungkook,” one fan wrote in the comments. “We rather love it.”

“Rather” love it? Now that’s an understatement!

For more from the broadcast, check out V’s update about his solo music, or Jimin and Suga’s stories here: