Do Bae Man and Cha Woo In have teamed up to fight the villains in the military together, but they are backed up by their supporters, family, friends, and rivals. Here are four supporting characters who have amazing chemistry with the two leads: 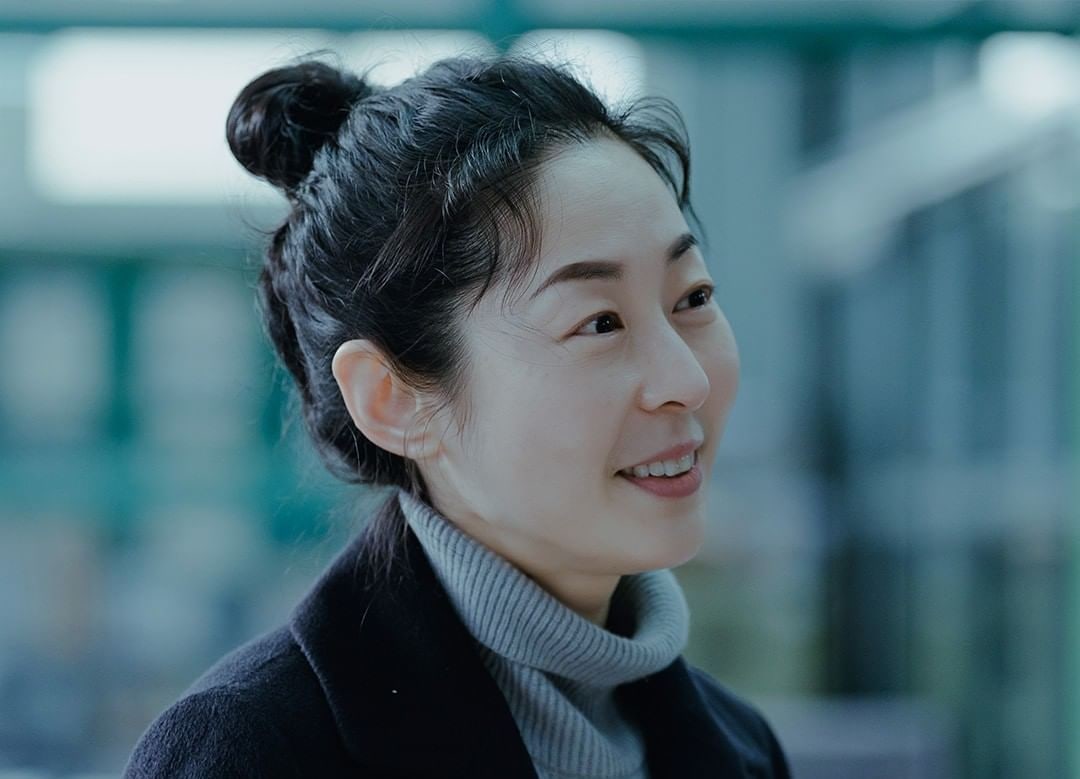 After losing both his parents to a car accident as a child, Do Bae Man was raised by his aunt, Do Soo Kyung (Kang Mal Geum). The two have a comfortable relationship that is almost like friendship, though there is a deep familial affection between the two as well. As a military prosecutor and a veteran police detective with 12 years on the force, they both got involved in Noh Tae Nam (Kim Woo Seok)’s sex crime case. Do Soo Kyung was searching for Noh Tae Nam at a club cartel in order to arrest him, causing Do Bae Man to flee. Suspicious, not knowing it was her nephew, she chased after him in an epic car chase sequence. In order not to get caught by his aunt, Do Bae Man hid his face even in an extreme situation.

In another scene, he escaped being caught secretly trailing Cha Woo In, acquiring an expensive luxury bag in the process. He gave this to his aunt as a present, and she responded joyfully, “Are you going to buy me a new one every season?”, showing that their chemistry shines in both dramatic and lighthearted situations. Viewers are interested to see how Do Soo Kyung’s role will change after Do Bae Man learned the truth behind his parents’ death and now seeks revenge. 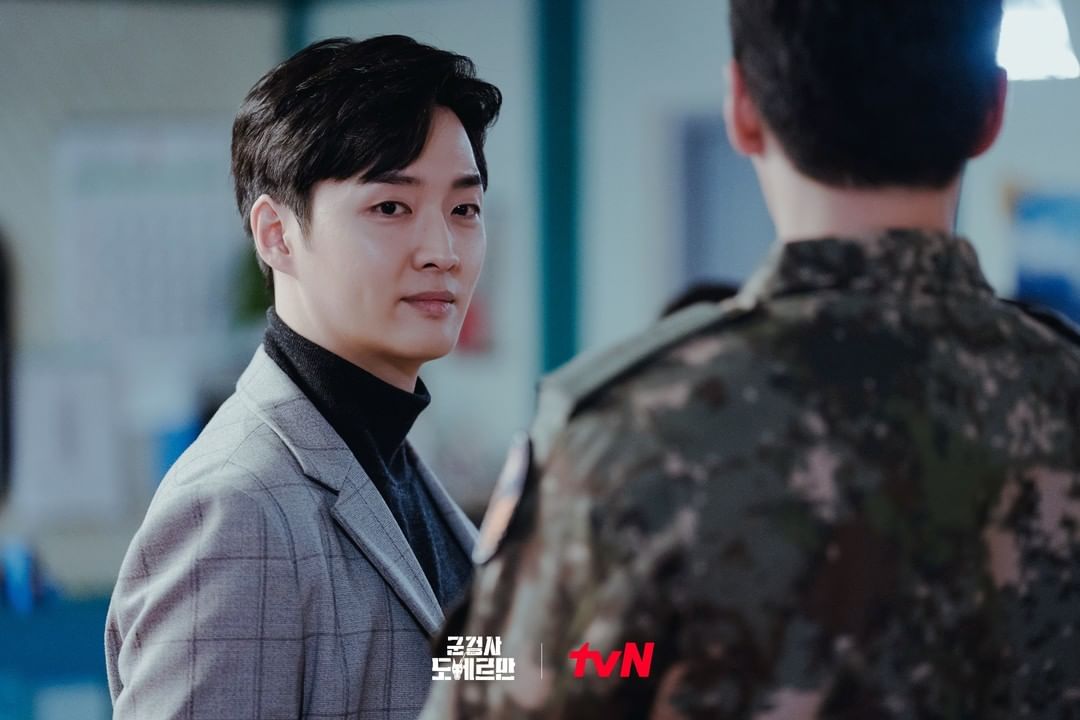 After Do Bae Man and Cha Woo In teamed up to target Noh Hwa Young (Oh Yun Soo) to get revenge for their parents’ death, they found a dependable helper in their schemes. Kang Ha Joon (Kang Young Seok), the CEO of Kang’s Solution, is the secret hand behind “Red Woo In,” the red-haired vigilante alter ego of Cha Woo In. Kang Ha Joon, who has a brilliant mind, was able to get Kang’s Solution off the ground during a difficult period in his life thanks to the investment of Cha Woo In’s father, Cha Ho Chul (Yoo Tae Woong). He therefore decided to help her get revenge. Once Do Bae Man joined the team, there was psychological tension between the two men, causing viewers to question whether they can get their teamwork in line to achieve their goal. 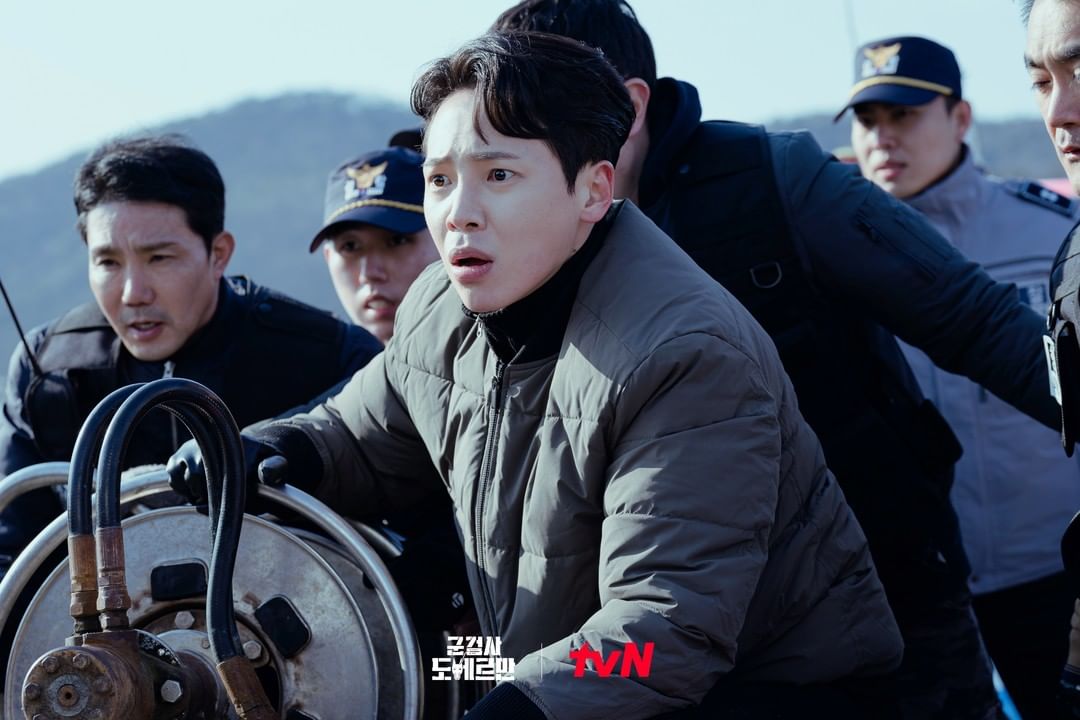 If Cha Woo In has Kang Ha Joon, then Do Bae Man has Yoon Sang Gi (Go Geon Han). Yoon Sang Gi and Do Bae Man are a formidable combination in the fourth 4th Division of Legal Affairs. Yoon Sang Gi is a military investigator who looks up to Do Bae Man as an older brother. He is an important source of information, preparing and analyzing the information Do Bae Man needs in an instant. In episode 6, he showed up with the Coast Guard when Do Bae Man jumped into the sea to avoid the Seolak gang. But their relationship is not solely confined to legal and life-saving issues, with Yoon Sang Gi comically mistaking Do Bae Man’s suspicions of Cha Woo In as romantic interest. He muses, “Even in the stone heart of this military prosecutor, a flower finally blooms,” getting carried away by his own imagination. However, he warns him, “Please understand the difference between unrequited love and stalking.” 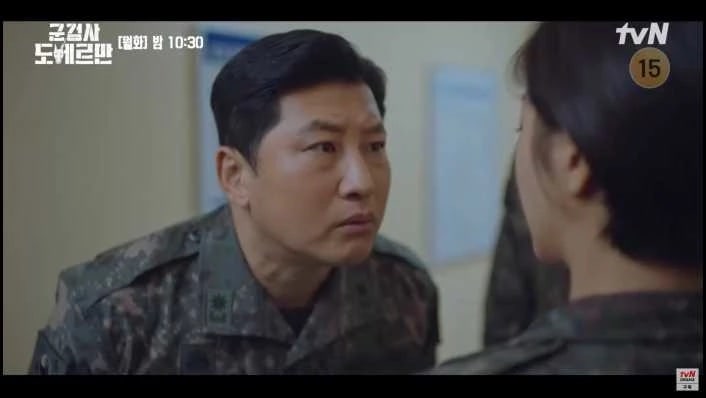 Seo Joo Hyuk (Park Jin Woo) is the staff judge advocate of the 4th Division of Legal Affairs, making him Do Bae Man and Cha Woo In’s direct superior. He clashed with Cha Woo In from their first meeting because of his strong sense of duty as a soldier, asking her, “Are you a soldier? Or are you a prosecutor?” Cha Woo In replied, “I’m a prosecutor who stands in a military court,” putting the two of them on the wrong foot from the start.

Ever since, Seo Joo Hyuk has constantly been on Cha Woo In’s case. Although he was secretly relieved that Noh Hwa Young hadn’t been irritated after her son Noh Tae Nam’s trial, he still criticized Cha Woo In, showing he had a grudge against her. But Cha Woo In isn’t one to back down, always refuting his words but in a polite, respectful way that leaves no gaps for him to exploit. As her boss, he’s always acting big around her, but the person who ends up the most angry after their interactions is himself, leading viewers to nickname them “Tom and Jerry.”

Which supporting characters in the drama have impressed you the most?