Prepare your hearts for a shocking event in the next episode of “Forecasting Love and Weather”!

The JTBC romance drama is about the work and love lives of people who work at the Korea Meteorological Administration, Korea’s national weather forecast service. Park Min Young stars as the frosty Jin Ha Kyung, who does everything by the book and is fastidious about keeping her personal and professional lives separate, while Song Kang stars as the free-spirited and determined Lee Si Woo, who boasts an impressive IQ of 150 but only cares about the weather.

Previously on “Forecasting Love and Weather,” Jin Ha Kyung learned from Lee Si Woo’s ex-girlfriend Chae Yoo Jin (Girl’s Day’s Yura) that he was against the idea of marriage. Not long afterwards, when she needed to dispatch a member of her team to the Typhoon Research Center on Jeju Island, Jin Ha Kyung chose to send Lee Si Woo – even though it would mean spending at least two months apart.

On March 19, the drama shared new stills to give a sneak peek of what will happen next. In one photo, Jin Ha Kyung answers a mysterious call with an unusual expression. Her eyes grow wide with shock, and she can’t hide the uneasiness on her face. Another still depicts Lee Si Woo in a state of emergency at the hospital. He is wearing a bandage around his eyes as if he has hurt his face. 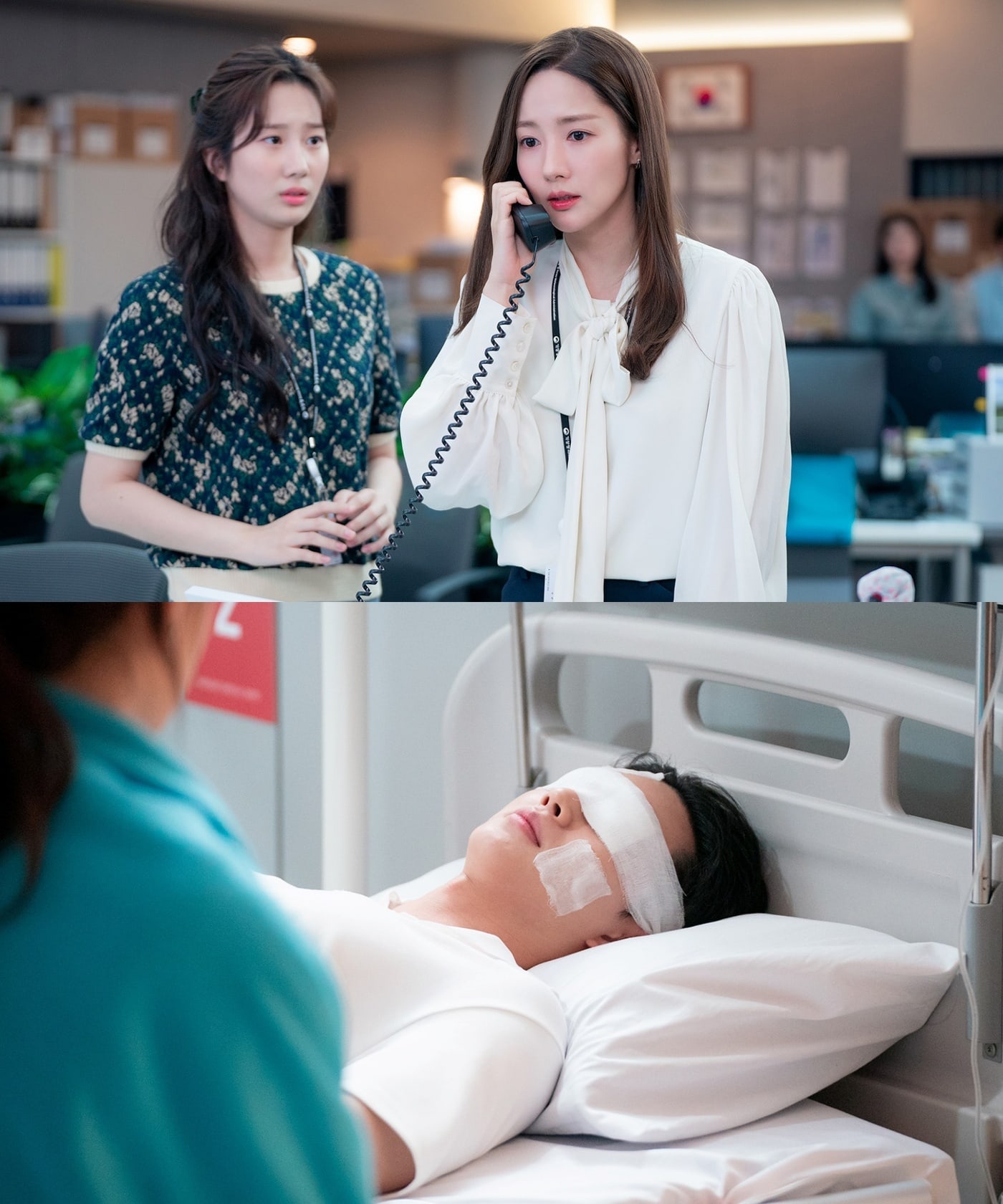 The preview for episode 11 showed Jin Ha Kyung and Lee Si Woo’s relationship taking a turn for the worse. Following their turbulent situation, Lee Si Woo gets into an accident, and someone’s alarmed voice says, “He’s Lee Si Woo, an employee of the Korea Meteorological Administration.”

The drama’s producers hinted that the next episode will include plot developments that are as unpredictable as the weather. They added, “A huge typhoon is heading north towards the people of the Meteorological Administration, which includes the Jin Ha Kyung and Lee Si Woo couple. Please watch how his accident will change his relationship with Jin Ha Kyung that has faced a stationary front.”

In the meantime, watch Park Min Young in ‘I’ll Go to You When the Weather is Nice” with subtitles below!